Canada women’s national soccer team captain Christine Sinclair does not only continue to make history on the field, but she is now making history off it as well.

Video game company EA Sports announced Monday that the 32-year-old will be gracing the cover of “FIFA 16” with Barcelona and international star Lionel Messi on the Canadian edition of the game. USA forward Alex Morgan will share the American cover with Messi.

Along with Australia’s Steph Catley who will be featured on the Australian cover, the Portland Thorns FC teammates become the first women to appear on the cover in the game’s 22-year franchise history.

This all appears to just be another step in the process of FIFA attempting their hand at growing the women’s game on a worldwide scale. In May, the video game developer announced the addition of 12 women’s national teams into the game for the first time in history.

Sinclair is coming off a Women’s World Cup that was played on home soil where she led her country to the tournament’s quarterfinals. The all-time leading scorer in Canadian history just netted once in the five games she played, but played a big part in growing the game across the country. After the announcement, she spoke of her delight at the fact that the women’s game is slowly growing.

“This year’s World Cup showcased the unbelievable talent and skill in women’s soccer,” Sinclair said in a statement. “I’m thrilled that EA Sports is celebrating female athletes in ‘FIFA 16.’ To be featured in the game and to promote women’s soccer with Alex is really special and another exciting step for women in sports.”

While the Canadian women are ranked 11th in the world in the FIFA rankings, the men’s team is at a distant 103rd. Although EA have yet to announce the men’s national teams for the latest installment of the game, the Canadian men were not one of the 47 squads in “FIFA 15”. With the women set to feature in “FIFA 16”, if the men are to miss out, it will pave the way for lots of bragging rights. 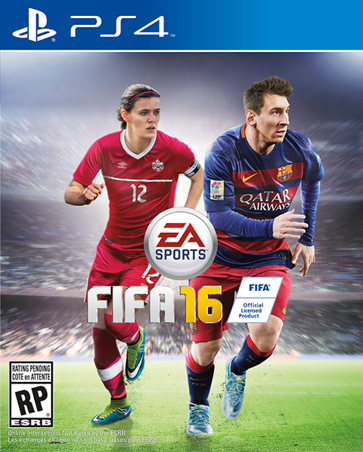 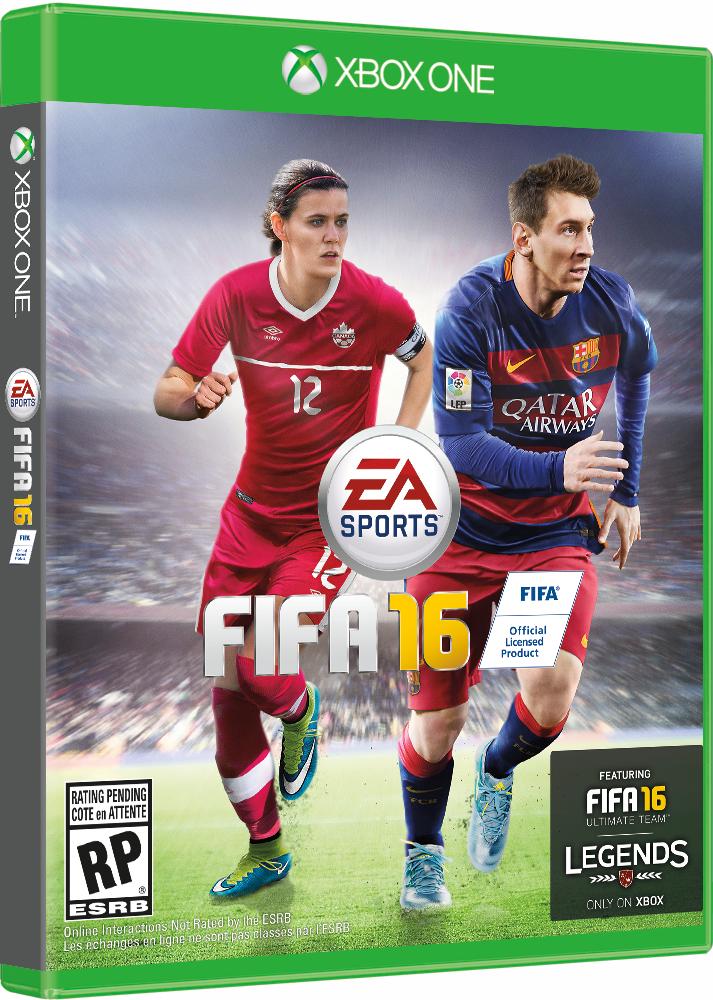 EA have given their Canadian audience a sneak peak at how the covers will look like for PlayStation 4 and Xbox One. The release date for "FIFA 16" in North America is set for September 22, 2015. The game will be available on the following platforms: Microsoft Windows, PlayStation 3, PlayStation 4, Xbox 360, Xbox One, Android, and iOS.