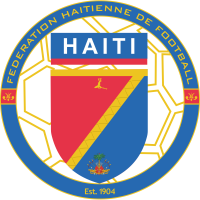 If the performance given by Brazil against Ecuador was the true Brazil, then the 7-1 thrashing of Haiti will definitely give Brazilians a glimmer of hope that this team can return to former glory.

Despite the incredible and loud support from the stands, the Haitians were overpowered by the Seleçao  at the Citrus Bowl. Philippe Coutinho, who has been in the papers regarding a possible switch of clubs, will definitely be in them again for his hat trick performance against Haiti.

Coutinho opened the scoring in the 14th minute, ripping a strike that most Liverpool supporters have seen on loop over the past two seasons. Coutinho's out of the box wonder strike gave no chance to Haitian goalkeeper Johny Placide, and his goal allowed Brazil to settle into the match nicely.

It was Coutinho once more in the 29th minute, tapping in a great sequence of passing to make it 2-0. Dani Alves crossed the ball into the box, and Jonas tipped it across the 6-yard box to Coutinho who had the easy finish to score his second of the night.

Coutinho completed his hat trick in stoppage time of the second half when he struck a ridiculous ball over the keeper from outside the box. His strike completed Brazil's 7-1 victory.

Brazil continued their offensive tirade as the half went on, relying on the speed of Dani Alves and Willian on the flanks. Brazil's interact passing, combined with their good crosses, gave the Haitians a hand full to deal with.

The Seleçao's third goal was self-inflicted by the Haitians. Goalkeeper Placide misplaced a pass on the right flank, where Dani Alves was able to quickly cross the ball. Renato Augusto went unmarked in the box, and he headed the ball home for the Brazilian's third goal of the first half.

Despite a very positive first half for Brazil, Casemiro's yellow card might take the headlines. The midfielder, who has been spectacular in his defensive position for both Brazil and Real Madrid, picked up his second yellow of the tournament. Casemiro will be suspended for Brazil's important match against Peru in Boston.

With a commanding lead and an upcoming suspension for Casemiro, Brazil manager Dunga brought in some new faces in the second half. Gabriel Barbosa, aka Gabigol, came on at halftime and made an instant impact when he slotted home his first competitive goal for the senior team.

Lucas Lima, who might be Casemiro's replacement for the match against Peru on Sunday, came on in the 61st minute. Just like his fellow substitute Gabigol, Lima had an instant impact on the pitch as he nodded home a Dani Alves cross to give Brazil their fifth.

Renato Augusto completed his brace in the 86th minute when his steal in the midfield and shot past the keeper made it 6-1 Brazil.

The Haitians looked offensively inept the entire match, but substitute Max Hilaire gave the gracious crowd of Haitians a moment to cheer when he scored in the 70th minute to cut the deficit to four.

Brazil faces a pivotal match against Peru on Sunday in Boston. Depending on the result, Brazil could either be 1st or 2nd in the group depending on tonight's Peru-Ecuador match. Meanwhile, the Haitians will bow out of Copa America with a date with Ecuador in New Jersey.

Montreal Impact shutout by Nashville Sc a day ago