It's over! León beats Seattle and is crowned Leagues Cup champion.
12:02 AMa month ago

Ruidíaz fires a bomb, but Cota deflects the ball.
12:00 AMa month ago

Goal, Seattle goal! Shot by the Seattle player that Mosquera ends up deflecting and putting into his own goal.
11:57 PMa month ago

Leon is on top of Frei's goal, Mena has the ball in front of the area but ends up sending a cross and misses the fourth.
11:52 PMa month ago

Goal, goal, goal by León! Ángel Mena takes the penalty in great fashion and puts the emeralds in front.
11:46 PMa month ago

Penalty! Penalty for Leon! Ángel Mena goes down after a tackle by O Neill.
11:38 PMa month ago

Change for Seattle, Jimmy Medranda comes out for Brad Smith.
11:28 PMa month ago

Goal, goal by Leon! Ángel Mena takes advantage of a loose ball and ties the match.
11:26 PMa month ago

Palo! Ruidíaz's shot, but the ball ends up hitting the post.
11:19 PMa month ago

Goal, goal, goal for Seattle! Roldan pops up inside the box and scores the first of the night.
11:15 PMa month ago

The second part of the Leagues Cup final kicks off.
10:54 PMa month ago

Jean Meneses headed in front of goal, but the ball went wide.
10:44 PMa month ago

The match is quite hard fought, with few approaches to the opponent's goal.
10:42 PMa month ago

The match is quite hard fought, with few approaches to the opponent's goal.
10:35 PMa month ago

Both teams are looking for the rival goal, but they are unable to define in the last line.
10:27 PMa month ago

Good combination between Mena and Dávila looking for the first for the Mexicans.
10:18 PMa month ago

Goalkeeper! Ruidíaz was coming in, but Cota anticipates correctly.
10:08 PMa month ago

The match kicks off, the Leagues Cup final between Leon and Seattle Sounders.
9:57 PMa month ago

The Seattle Sounders have also arrived at the Las Vegas venue and will be looking to be the first team from the United States to win the Cup.
9:43 PMa month ago

León arrived at the Allegiant, ready to win the Cup and take it home, leaving the name of Liga MX on high.
9:40 PMa month ago

Santiago Colombatto declared before tonight's match: "It is a great opportunity for the institution to win an international title. We will try to play our game, play ball and bring the Trophy home."
9:39 PMa month ago

The Allegiant is looking great to welcome tonight the León, Seattle and all their fans who will support them tonight. 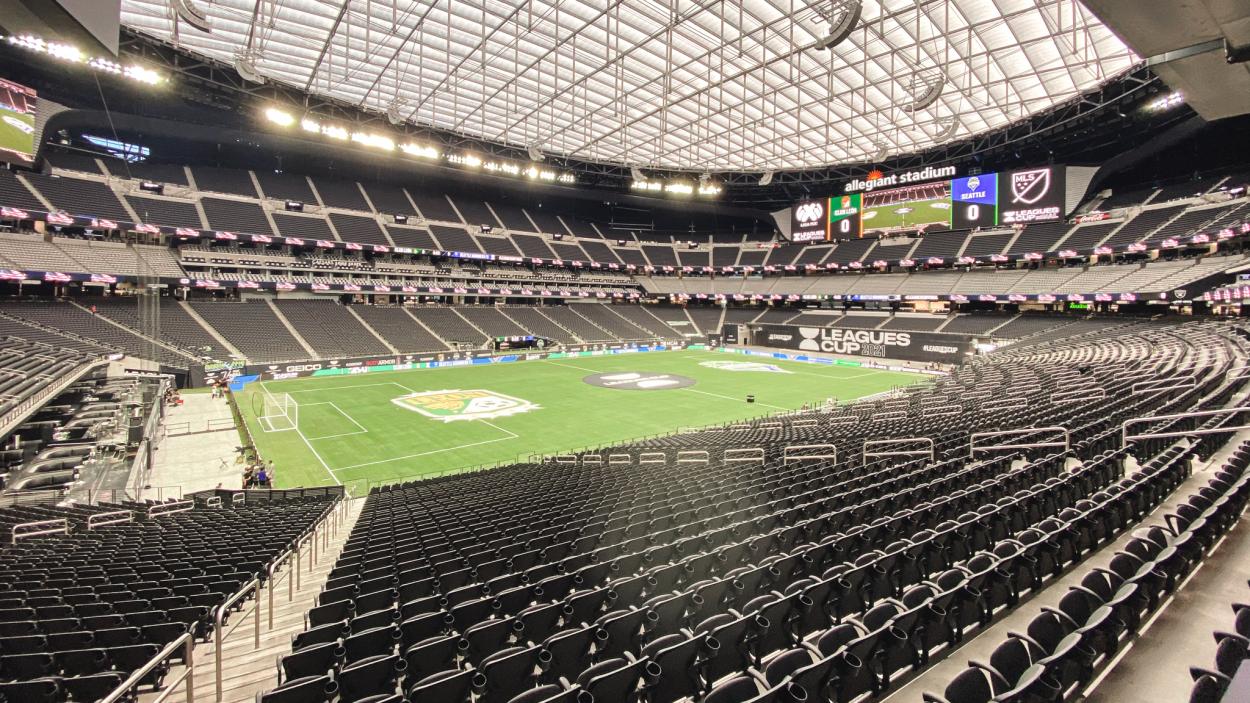 Seattle Sounders apparel and props are ready to be worn for the final against Leon. 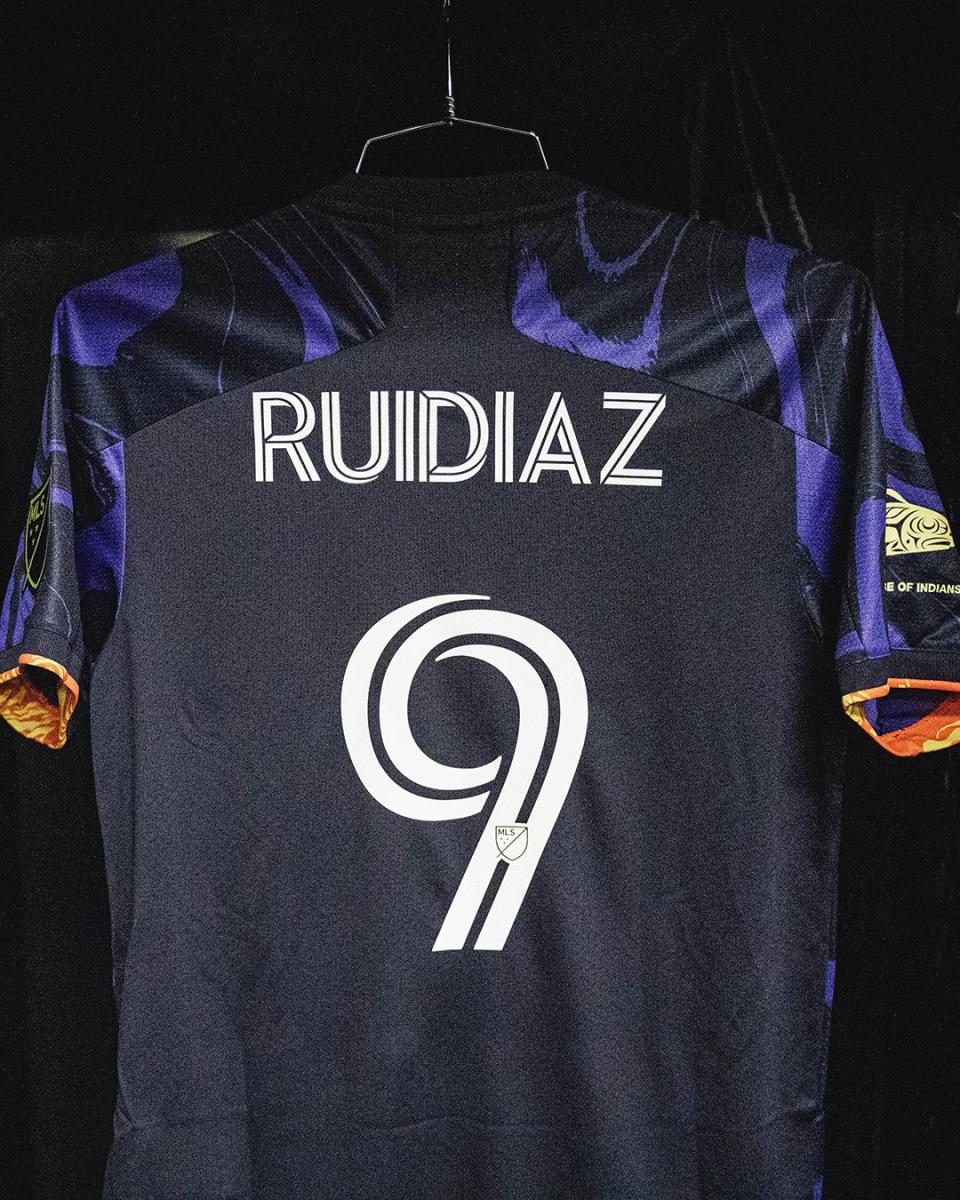 Ángel Mena is the player that Seattle must pay special attention to, with his good ball handling and overflow, he will look to generate danger in the area.
9:19 PMa month ago

"It will be a tough game"

David Ramírez spoke prior to the match against Seattle yesterday: "It will be a complicated match, but we are focused on getting the win. We have worked hard to have the necessary tools to win tomorrow".
9:14 PMa month ago

After the trip, the Seattle Sounders went to the Allegiant stadium, in order to see the building where they will play the final of this League. 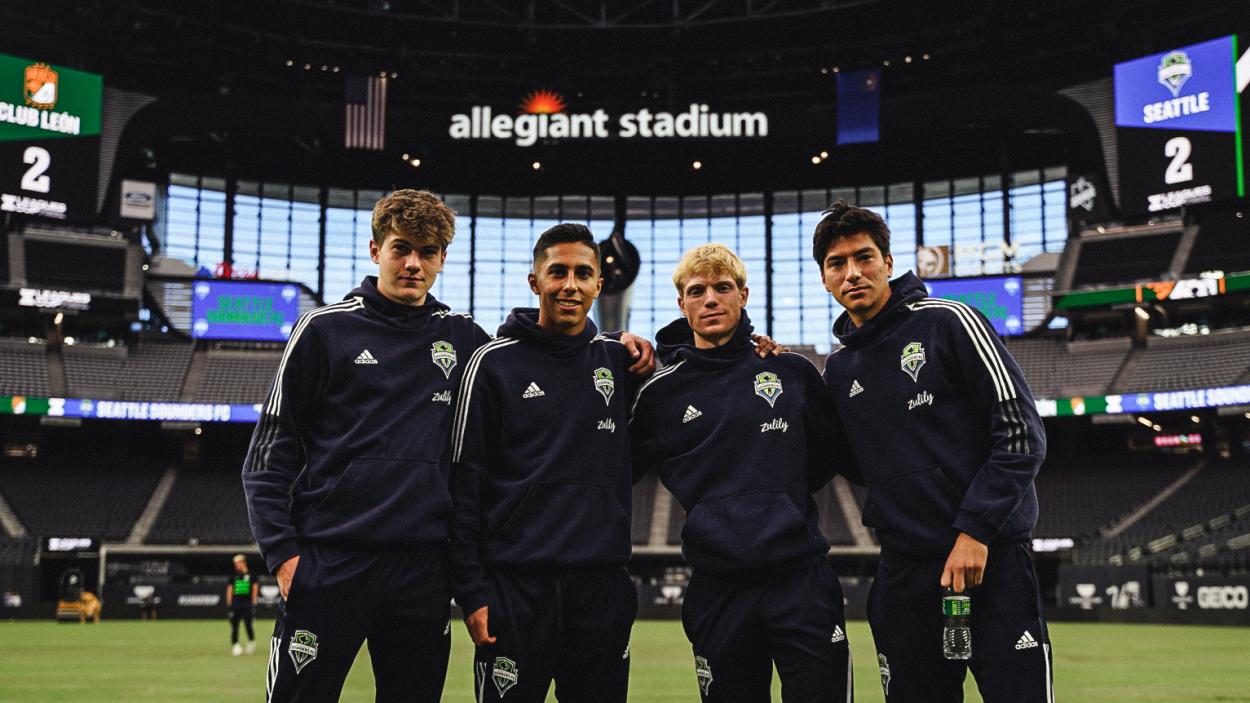 Both Leon and Seattle Sounders have been in Las Vegas since yesterday, where they decided to rest and get ready for this match that will define the champion of the Leagues Cup.

Stay tuned for live coverage of Leon vs. Seattle

In a few moments we will share with you the starting lineups for Leon vs Seattle live, as well as the latest information from Allegiant Stadium. Don't miss any details of the match with VAVEL's minute-by-minute live online coverage.

How to watch Leon vs Seattle Live Stream on TV and Online?

If you want to watch the game Leon vs Seattle live on TV, your options is: TUDN.

Osvaldo Rodríguez, León's player, said before the match: "It's always good to play against different teams, to meet rivals from another country. It's a plus that even though we're far away, people make us feel at home.

Luis Montes also took the time to talk about this match: "Club León is thinking about winning the Leagues Cup, we know that winning will be an important confidence boost for the end of the Tournament".

"We want to win, it's what we always fight for in this Club."

"We all want to win, it would be the first international title for León, plus this rivalry between Liga MX and MLS gives that touch of flavor to this Final."

"It's always important to win another title, I'm happy to be able to play in another final, it's a great team we'll be facing."

Ariel Holan, León's coach, also spoke prior to this final: "We are happy with the level we are at, I am satisfied with what the players have been doing and I know that this efficiency will be built day by day to try to continue growing as a team".

"It is a brilliant idea the Tournament that will start in 2023, it will raise the level of competition of these countries a lot."

"All matches that have international titles at stake are seductive for fans, footballers and managers."

"I do not underestimate the match, on the contrary it will be very difficult, we have to respect a whole process, a project that in the long run gives you fruits."

Seattle had a very difficult match against Santos de Torreón, the MLS team defeated Almada's team by the minimum in the added minutes. 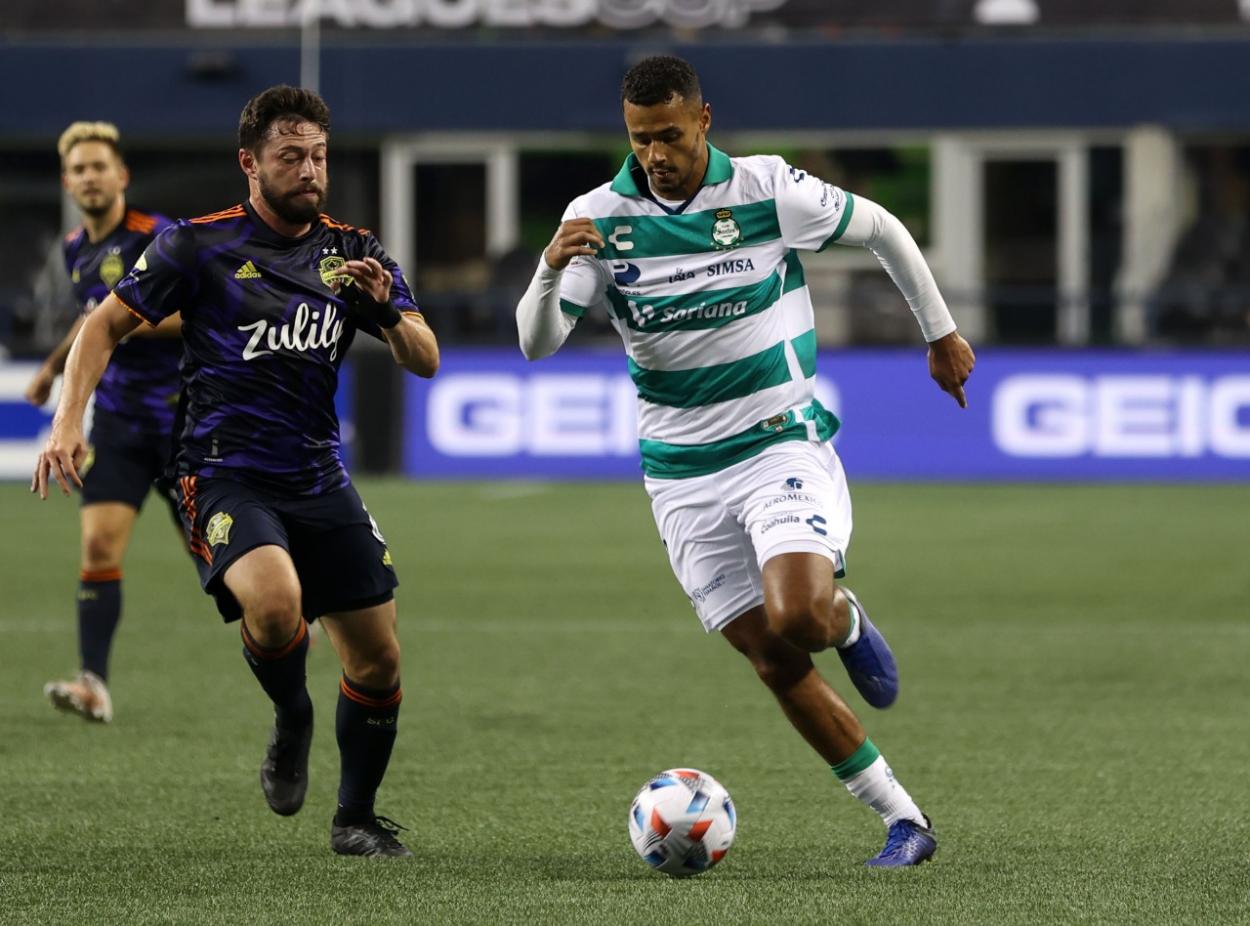 León arrives at this match after defeating Pumas in the semifinal by two goals to zero; however, in Liga MX, the Emerald team lost by the minimum, a situation that could have an impact on their morale. 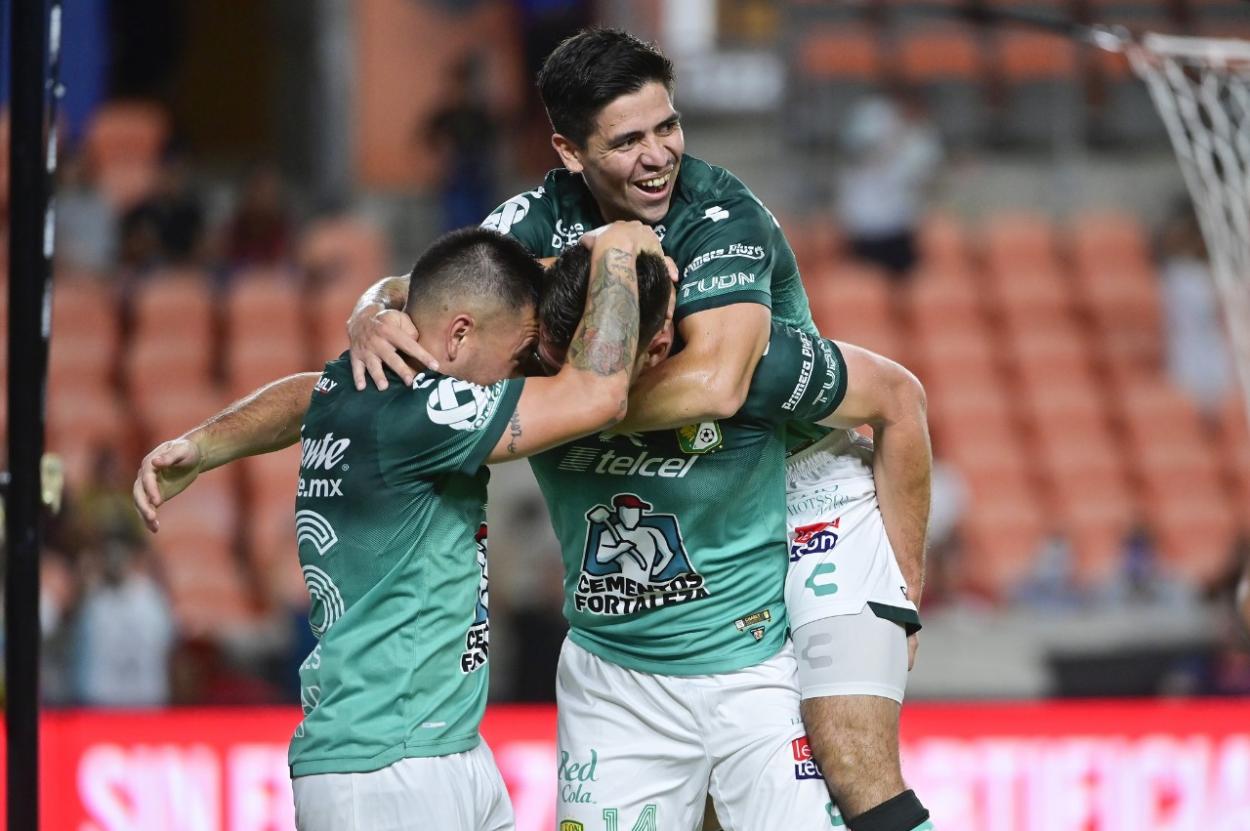 The match will be played at Allegiant Stadium

The León vs Seattle match will be played at the Allegiant Stadium, located in London, England, with a capacity for 65,000 people. 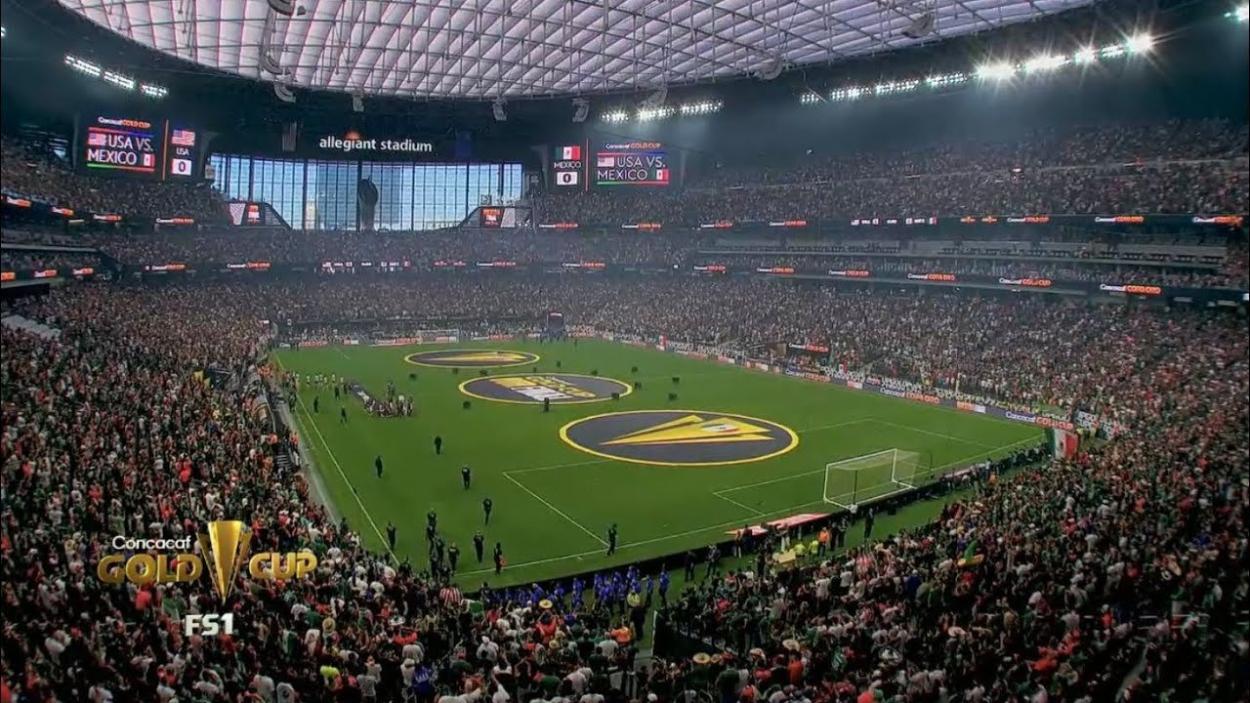