It's over! Sevilla beats Elche at home and returns to winning ways.
4:57 PMa year ago

Good intervention by the goalkeeper to Rakitic's shot.
4:48 PMa year ago

Delaney's header, but the ball goes wide of Badía's goal.
4:46 PMa year ago

Goal, goal, goal for Sevilla! Rafa Mir appears, after Martial's cross, with a lethal header to extend the score.
4:39 PMa year ago

Sevilla substitutions. Thomas Delaney and Joan Jordán are substituted by Rekik and Corona.
4:24 PMa year ago

Goalkeeper! Great save by Badía after Rakitic's left-footed shot.
4:10 PMa year ago

The second half kicked off at the Sánchez-Pizjuán.
3:54 PMa year ago

It's over! The first half ends, the match remains scoreless.
3:50 PMa year ago

Carrillo's shot, but Bono keeps the ball at the back.
3:42 PMa year ago

Change of Elche. Palacios comes off for Antonio Barragán
3:36 PMa year ago

Corona arrived with danger, but the visitor's defense ended up taking the ball away from him.
3:30 PMa year ago

Both teams are looking to open the scoreboard insistently, but fail in the last line.
3:22 PMa year ago

Close! A series of shots from Sevilla, but the ball doesn't go in and the defense multiplies to prevent the goal from falling.
3:15 PMa year ago

The one that got lost! En-Nesyri arrived dangerously to the area, but he doesn't decide to shoot and Elche's defense saves the ball.
3:09 PMa year ago

Carillo's right-footed shot, but the ball goes wide of the goal.
3:03 PMa year ago

The match between Sevilla and Elche kicks off.
2:57 PMa year ago

Both Sevilla and Elche are already at the stadium, ready to play a duel of this 24th matchday. 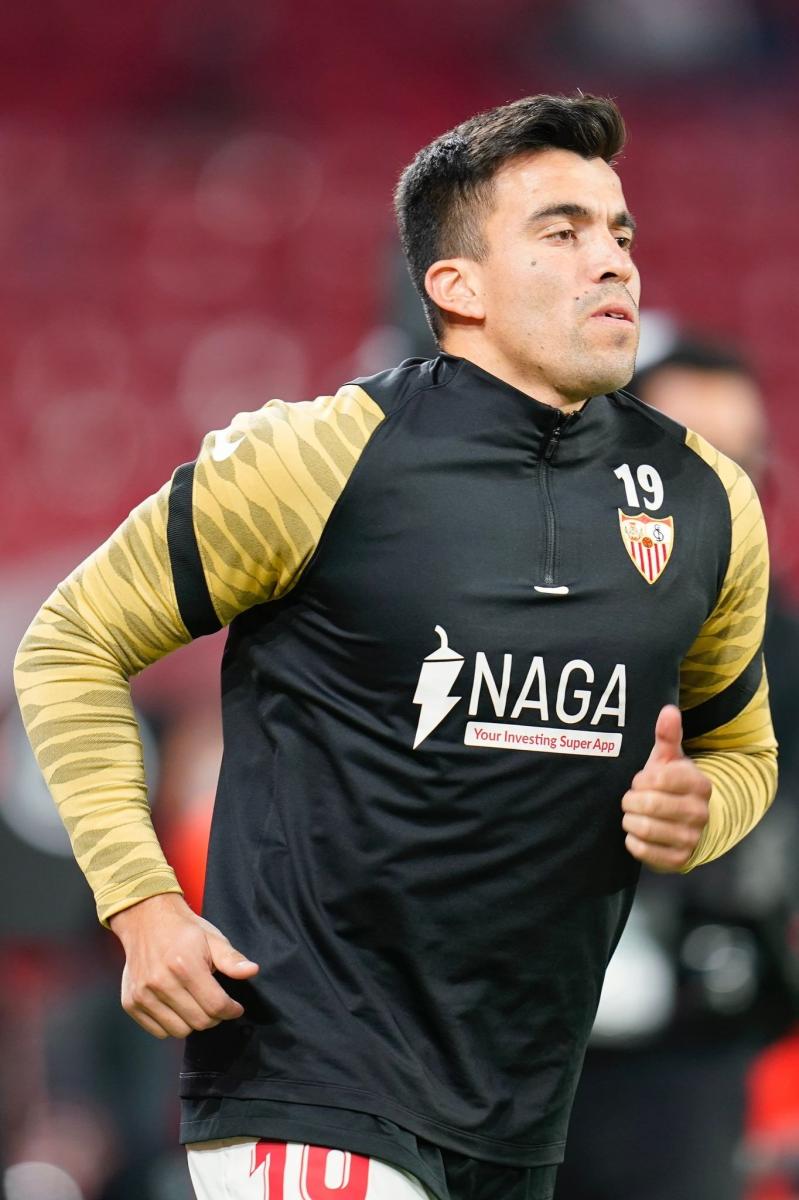 Sevilla is also at home, tonight they will be looking for three points and continue their quest for the top positions.
2:41 PMa year ago

Elche is already at the Sánchez-Pizjuán, where they will be looking for three points from three against a team that has been on a good run in this tournament. 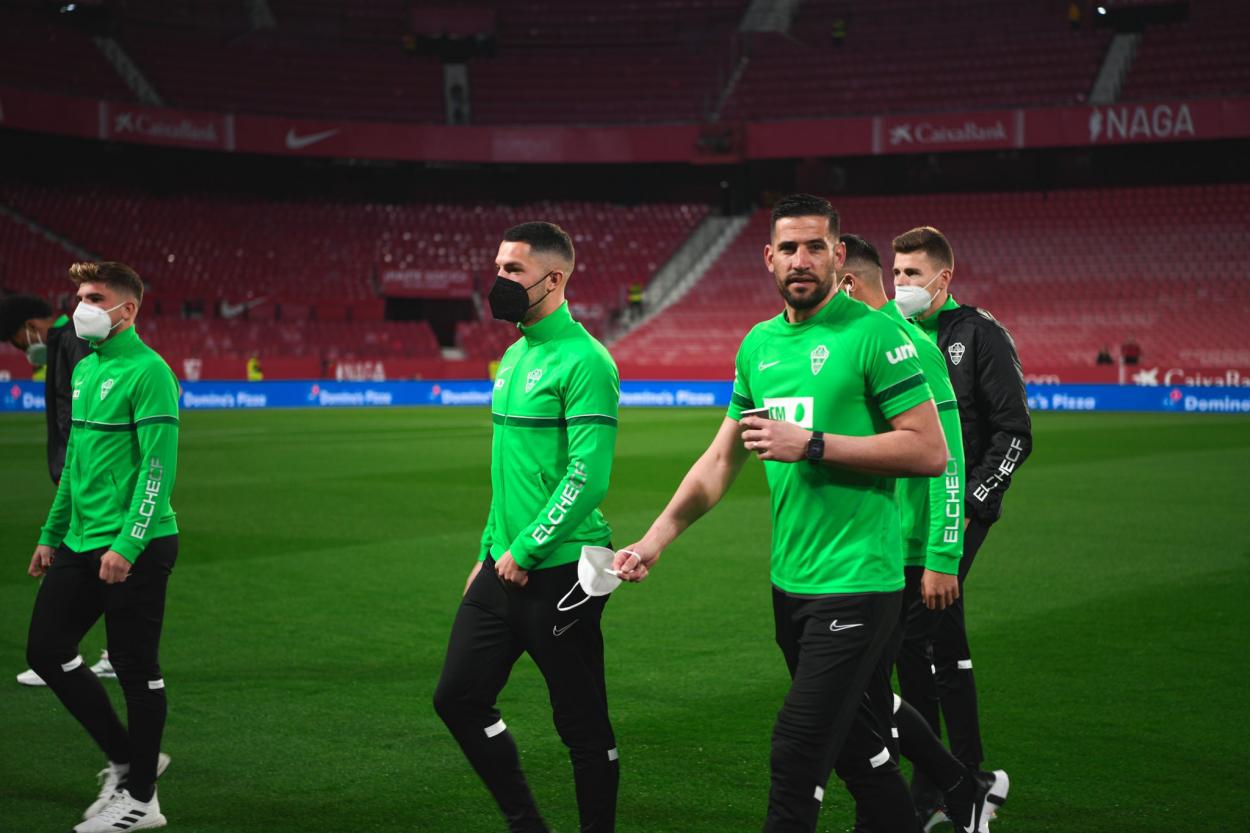 Let's keep up the good pace!

Elche has not lost five games in LaLiga, with three wins and two draws, numbers that have not been seen since 1977.
2:31 PMa year ago

Sevilla have gone nine games without defeat, although they have three draws in their last three matches.
2:26 PMa year ago

Elche has only won once against Sevilla in all the competitions they have faced each other, which was in 1967, in a Copa del Rey round of 16 match.
2:21 PMa year ago

These are the last two games in which Elche has managed to score against Sevilla, a win and a draw. This after five defeats and a draw in the last six duels.
2:16 PMa year ago

We're back to bring you the minute-by-minute coverage of the match between Sevilla and Elche, which corresponds to Matchday 24 of LaLiga. We will share the latest information with you shortly, as well as the confirmed lineups.
2:06 PMa year ago

Stay tuned for the Sevilla vs Elche live stream.

In a few moments we will share with you the Sevilla vs Elche live starting lineups, as well as the latest information from the Estadio Ramón Sánchez-Pizjuán. Keep an eye on the action with VAVEL's minute-by-minute live online coverage.
2:01 PMa year ago

How to watch Sevilla vs Elche Live Stream on TV and Online?

If you want to watch the game Sevilla vs Elche live on TV, your options is: ESPN+.

Francisco Escribá spoke before the match: "Logically, our intention is to bring back something positive. We are all aware that we are going to a difficult stadium, against a team that is fighting to be very close to Real Madrid, which is first in the standings and is a stadium that presses a lot. We are coming from a good dynamic of results, but that only gives us the confidence to continue believing in our work and do what we have planned to make it difficult for one of the best teams in the category.

"Well, in the end what we achieve is to form a base. We can't be continuously stumbling because we have to give confidence to the players who are doing well. It's true that the others are pushing very hard, the day-to-day work is fantastic in the team, how people who don't have minutes train. That raises the level to compete on weekends and well... logically, the idea will be practically the same. We may make some changes due to the physical problems we may have had in the last week, but well... as I have always said, whoever is on the field, whether they play or not, will play as they have always done".

Elche arrives to this match in the 14th position, in addition to the fact that in their last match they beat Alavés three goals to one, reason why they will be looking to continue collecting points. 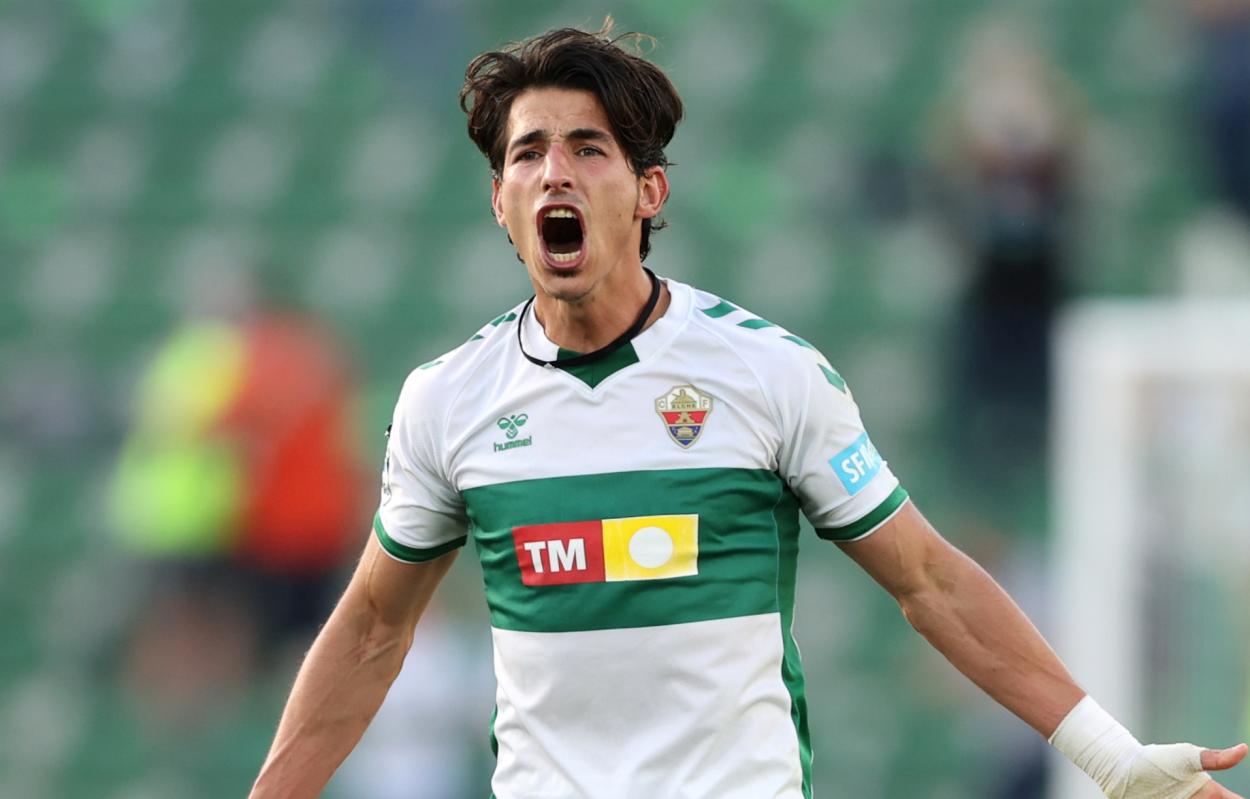 Sevilla arrives to this match in the second position of the table, they also tied to zero goals against Osasuna and will be looking to get closer to the first place. 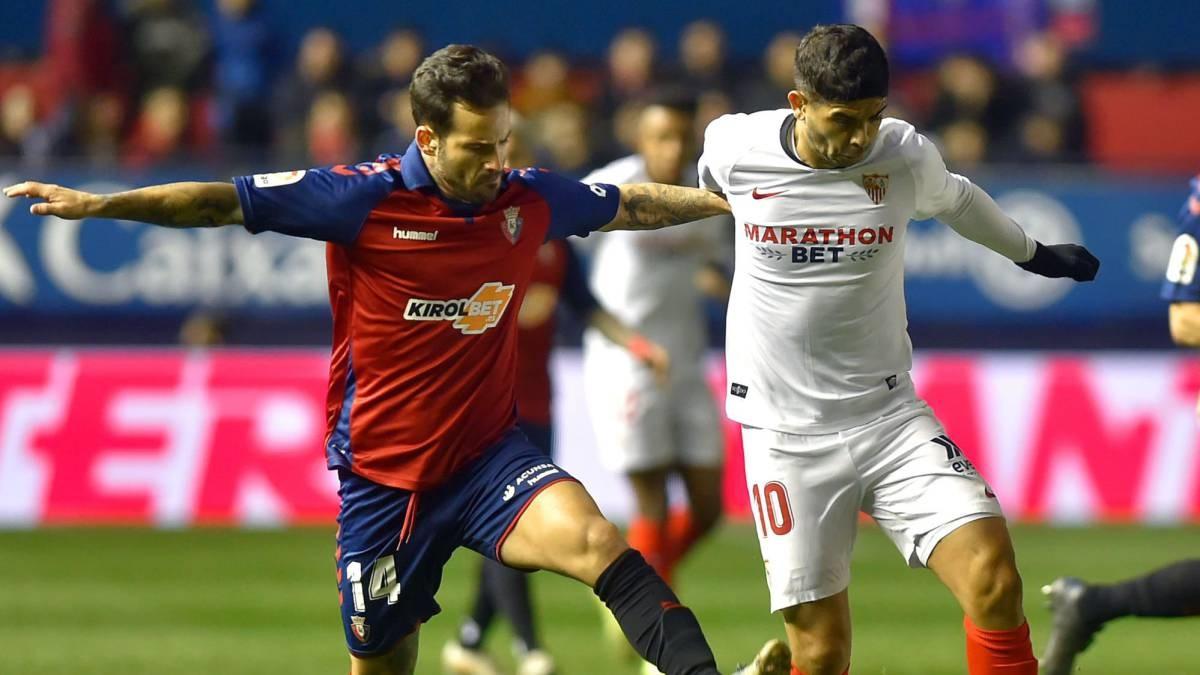 The match will be played at the Ramon Sanchez--Pizjuan Stadium.

The Sevilla vs Elche match will be played at the Ramón Sánchez-Pizjuan Stadium, located in Seville, Spain. The stadium has a capacity of 43,883 people.
1:26 PMa year ago

Welcome to VAVEL.com’s coverage of the 2022 LaLiga match: Sevilla vs Elche Live Updates!