Defending champion, Serena Williams continues her quest to win her 22nd Grand Slam. The number one seed had to face Brasil’s Teliana Pereira in the second round of the French Open. It took Serena Williams just over an hour to book a spot in the third round, winning in straight sets 6-2, 6-1.

Williams had a great start, breaking Pereira in the first game to get the early advantage. There was no problem for the American who went on to hold her serve to love after two winners and the first ace of the match. Pereira slowly started to get into the match, however, it was not enough as she again failed to hold her serve. Williams, now trailing 3-0 was in full control of the set, holding her serve to love to cruise 4-0.

With the crowd behind her, the Brazilian was able to get a number on the scoreboard after holding her serve for the first time in the match. This seemed to encourage Pereira who fought a tough game against the world number one, she played one of the best points of the set, controlling the whole point and making Williams run all over the court to eventually finished it with a forehand volley. A good drop shot and an unforced error by Williams was enough to give Pereira one of the breaks back.

After that break, the Brazilian got a confidence boost, but it was not enough to control Serena Williams who was not pleased about the last game. The American needed two break points to lead 5-2. Williams only needed 35 minutes to serve out the opening set, 6-2.

It was not the ideal start for the Brazilian who was broke at the start of the second set. Williams didn’t drop the level of tennis she was playing and went on to hold her serve without complications. Pereira managed to hold and again get on the scoreboard although she was down 1-2.

The American didn’t give a chance to the Pereira to recover the break as she was cruising 3-1. It was a tense fight for the Brazilian who wanted to hold her serve and not make the advantage of Williams wider. Pereira had plenty chances to hold her serve but failed to hold her serve. The American stayed strong and dominant to lead 5-1. Pereira had the pressure of having a good serve game if she wanted to stay in the match. She saved two match points with a lot of courage, but at the end, Williams proved to be too strong. It took an hour and 8 minutes for Williams to win the match, 6-2, 6-1. 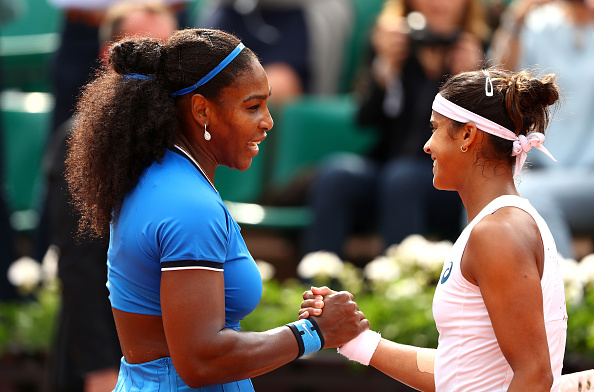 In the third round, Williams will face home crowd favorite, Kristina Mladenovic. This will be the first meeting between them. Mladenovic comes off of two straight sets wins against Timea Babos and Francesca Schiavone.