After a disappointing first round loss at the Ricoh Open last week, Eugenie Bouchard wants to get through her opening match. In the first round of the Mallorca Open, the Canadian will face Danka Kovinic. Bouchard already played as she paired with Sabine Lisicki in doubles, however, they lost today after a close match where the pair had two match points.

The Canadian didn’t have a bad start of the year she reached her first final at Hobart but lost against Alizé Cornet. At the Australian Open lost in the second round to Agnieszka Radwanska. But then went on to reach her second final of the year at Kuala Lumpur but lost a very tight match against Elina Svitolina. After that final things stopped working for the former top 10 player. She lost her first match at Miami to a player below her ranking, the she also had a poor performance in Charleston losing to the world 102, Lourdes Domínguez-Lino. At Madrid she also suffered a defeat in the first round. In Rome, Bouchard defeated reigning Australian Open champion, Angelique Kerber only to lose in the next round to Barbora Strycova. In the French Open, the Canadian only won her first match.

Last year, Bouchard lost in early rounds at three grass tournaments she played prior Wimbledon where she also lost in the first round after being finalist a year before. 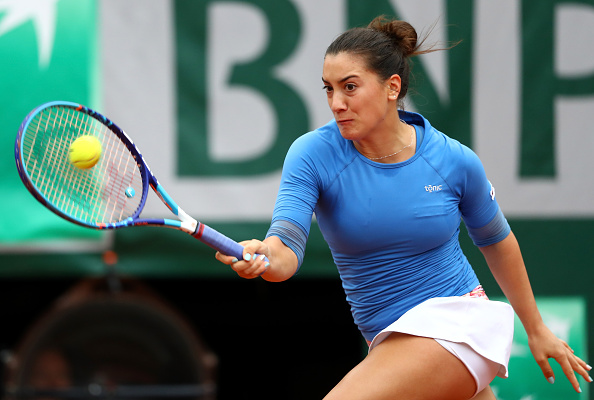 As for the Montenegrin, she had poor results at the start season, losing in the first round at Auckland and Hobart. Then was defeated by former world number one, Victoria Azarenka at the Australian Open. She reached the quarterfinals at Rio de Janeiro but lost to Sorana Cirstea. From then she would lose in early rounds at five tournaments. Kovinic got to the final at Istanbul but lost to Cagla Buyukakcay. At the French Open, she had to face Petra Kvitova in the first round, the Montenegrin had the chance to serve for the match but eventually the Czech came back to win the match. Kovinic would win an ITF event in Marseille.

The Montenegrin did not play a warm-up grass tournament last year. She lost in the first round at Wimbledon to Samantha Stosur.

A look at the draw

Anastasija Sevastova will be the opponent of the winner of this match as she defeated today Stefanie Voegele in straight sets. In the quarterfinals, they could meet former Wimbledon finalist, Sabine Lisicki or the recent finalist at the Ricoh Open, Kristina Mladenovic. If they get through that match they would have a less complicated semifinal as they could potentially face Daniela Hantuchova, Jelena Jankovic, Yulia Putintseva or, Elise Mertens who defeated Bouchard last week. In the final, Garbiñe Muguruza or Ana Ivanovic could be waiting if things go according to plan.

Bouchard is supposed to win this match, however, the last few tournaments the former Wimbledon finalist has suffered shocking upsets from players below her ranking and in this match, another surprise could happen. The Canadian is a very aggressive player, but this mustn't be confused with power as Bouchard doesn’t rely much on power. This doesn’t apply for Kovinic who despite being a short player compared to others possesses a lot of power in her shots.

They both have different styles, whilst Kovinic is a powerful player she often will try to keep Bouchard beyond the baseline, but the Canadian will try to do the opposite and drag her opponent inside the baseline as she often does this to gain control during the points. However, this tactic could be risky for Bouchard as she is facing a player with great movement and the tables could turn quickly if Kovinic gains the control instead of Bouchard. 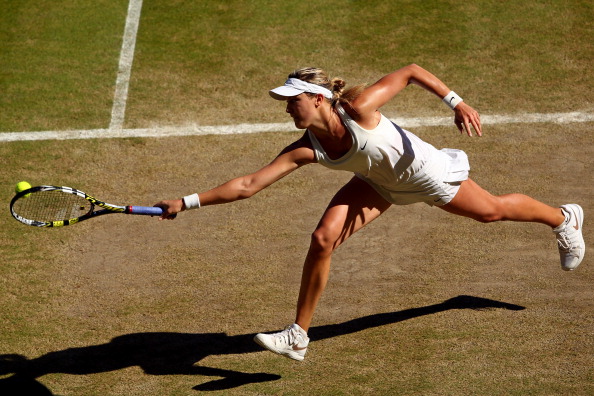 One of the best qualities of Bouchard is her ability to keep her opponent moving as she often makes drastic changes of direction which leave her opponents wondering where she will hit next. However, Bouchard must keep in mind that the player on the other side is fast and when she is put in an uncomfortable position she can get great shots. The serve will also be an important key in this match as Bouchard recently has struggled with her first serve, as for Kovinic she has a strong serve, so if Bouchard wants to win she will have to step up in her returns.

Another thing to consider is that today, Bouchard had a tough match in doubles with Sabine Lisicki. The match lasted almost two hours, and those are two hours more than her opponent which could give Kovinic a slight advantage.

If this was 2014 there’s no doubt that Bouchard would be the absolute favorite in this meeting, but it’s not and she’s not the same player she was two years ago. Her inconsistency and lack of confidence have affected her in the last year, but the Canadian is a fighter and although she has a tricky opponent in her first round she could book her spot in the second round if she outplays Kovinic instead of trying to outpower her as that could only result in unforced errors.