Many fans welcomed Novak Djokovic as he hit the court for his first practice in the Abierto Mexicano Telcel. The world number two sat before the media ahead of his first round match in Acapulco against Martin Klizan. In his press conference, the Serbian spoke about the warm welcome he received from Mexican fans last night during his first practice.

Djokovic happy after his warm welcome in Mexico

The top seed started the press conference speaking a few words in Spanish before talking about his experience the previous night. “I want to thank all the people who came to welcome me and to watch the practice session to give me this amazing energy that I felt on the court.”

This is the first time the Serbian will play in Mexico as this time of the year he normally plays in Dubai. “I’m very happy that I chose to come to Mexico for the first time and I heard a lot of nice things about this tournament.”

Novak Djokovic joins the field full of stars in what has been called the best draw in the history of the tournament. “Obviously if you see in the last years three, four years the field of the players that were coming to play this tournament says enough about its quality and this year I think we have five out of Top 10 players playing in the tournament, so it’s very impressive and it will be a hard tournament.” 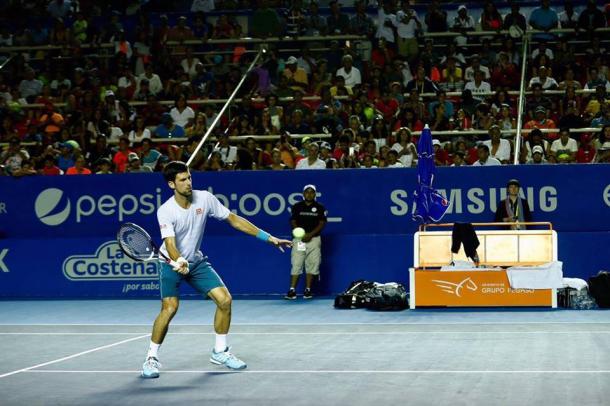 Last year, Novak Djokovic lost the world number one ranking to Andy Murray after he struggled to get good results in the last part of the season. However, the Serbian started this 2017 season winning his first title of the year after defeating Murray in the final of Doha.

Despite not being the number one player, Djokovic made it very clear that he feels very passionate about the sport. “For me, it’s essential to have the joy of playing, the love and passion for this sport. If I don’t have a passion it’s hard to play, it’s hard to do anything in life if you don’t have the passion for what you do.”

But the top seed is aware that his form hasn’t been ideal in the last few months, although he feels very positive about this moments as he sees them as lessons. “In the last six, seven months I did go through some ups and downs and through a phase of my life where I experienced some oscillations and some not as good results.  It’s life, I’m a human being as everybody else and I’m prone to make mistakes and to also have this kind of moments."

"I feel I’m in a much stronger state of mind. I keep on going, I love this sport, and I love playing it, that’s why I’m here and I’m just hoping that I can stay healthy and dedicated as I can be," the Serbian said. 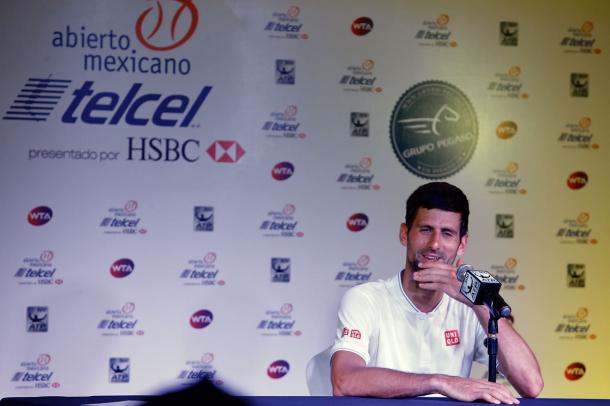 After that win in Doha, the Serbian shocked the world when he lost in the second round of the Australian Open after a five-set match against Denis Istomin.  “I haven’t experienced the first-week Australian Open loss for many years. I was very fortunate to play very successfully for so many years and it has been historically my most successful Grand Slam.”

The world number two doesn’t see this as a failure, on the contrary, he sees the positive of that defeat. “You can always learn much more from the losses, reflect on the things you’ve done wrong and change certain things to improve.”

As for the rest of the season, the Serbian claims he doesn’t feel the pressure of defending so many points. “It’s not the first time I have to defend a lot of points. I’ve been in this situation so many times in my life and it is a burden that you have to deal with it to just try and fight for the trophies for the matches and equally as everybody does. It depends on what kind of mindset you have.” 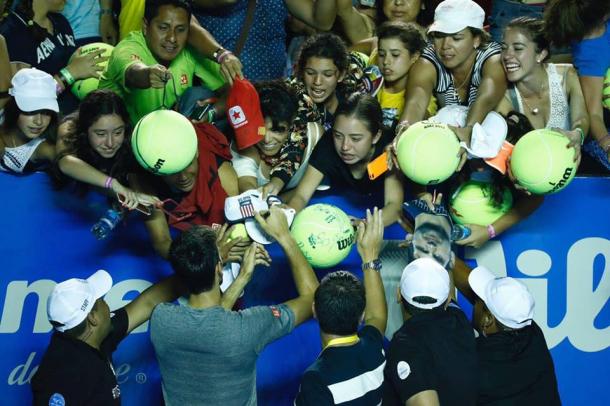 When asked about what kind of message he would give the kids that look up to him, the Serbian said that was the biggest compliment and his message to them would be to “keep that smile on their faces and keep the joy in life, that’s what being children is all about. That’s what they bring to you, this pure feeling of happiness and joy, just the most beautiful emotions.”