Last match of the day at the Mutua Madrid Open as Eugenie Bouchard took on Svetlana Kuznetsova to fight for a spot in the final four. The Canadian came full of confidence after defeating the top seed, Angelique Kerber while Kuznetsova defeated Qiang Wang in the third round. Despite her impressive week, Bouchard was never able to find the right pace to counterattack the Russian who played a very solid match. It only took Svetlana Kuznetsova 77 minutes to defeat Eugenie Bouchard 6-4, 6-0.

Fresh from two solid wins against strong opponents, Bouchard was feeling confident coming into this match and in the first minutes of the match she showed it as she raced to a 40-15 lead but two mistakes from the Canadian forced the game to be decided in a deuce where Bouchard eventually would reclaim her serve after hitting a backhand winner. It was a less chaotic start for the Russian who held to love to level to 1-1.

After a solid hold, Kuznetsova’s stability carried on as she earned three break points. The Canadian replied with a winner to save one but the Russian made a stronger statement when she hit a return winner that gave her the early lead. The momentum was with Russian who was putting enough pressure to not let Bouchard strike the ball earlier which caused her to make unforced errors that didn’t threaten the Russian’s serve who now was up 3-1. 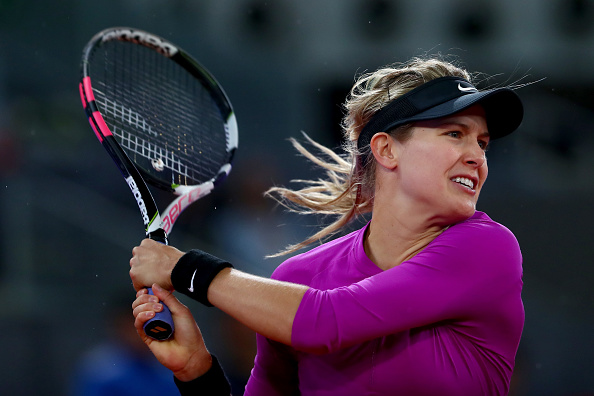 Bouchard who is known for her aggressive style was forced to change her strategy to a defensive game as the Russian powerful and deep groundstrokes were too hard to control. Despite the pressure put on by Kuznetsova the Canadian was able to hold. The Russian made good use of her good serve to throw Bouchard off balance and extend her lead to 4-2. In response, the Canadian took more risks which helped her stay close on the scoreboard when she held her serve. Despite Bouchard’s attempts to be aggressive she didn’t seem able to find space to end the points which were always returned by the Russian who held to be up 5-3.

Back on serve, the Canadian had a tough game as she faced set point but it didn’t take long for Bouchard to erase it and get a gutsy hold. As the Russian served for the set, Bouchard got lucky and with the help of the net cord she went up 0-30, but Kuznetsova made sure to equalize the scoreboard to then bring set point after an amazing forehand down the line winner. The Russian sealed the set 6-4 with a big serve.

Once again the Russian put pressure on Bouchard’s serve from the start as she managed to score two break points that the Canadian was not able to save as she hit a long forehand to give away her serve. Kuznetsova who had yet to face a break point consolidated the break with a solid hold to love to lead 2-0. The Russian was seizing all her opportunities as the Canadian lacked the spark she had shown in her previous matches as she accumulated unforced errors to yield a second break to the Russian.

The Canadian began playing more aggressively, hitting more deep shots in the middle of the court and that strategy seemed to work as she created her first break point of the match but Kuznetsova didn’t take long to save it with a forehand down the line winner to force a deuce and eventually held her serve after hitting an ace to lead 4-0. Nothing seemed to work for the Canadian who barely was able to keep up with the rallies that usually were cut short after she hit an unforced error. 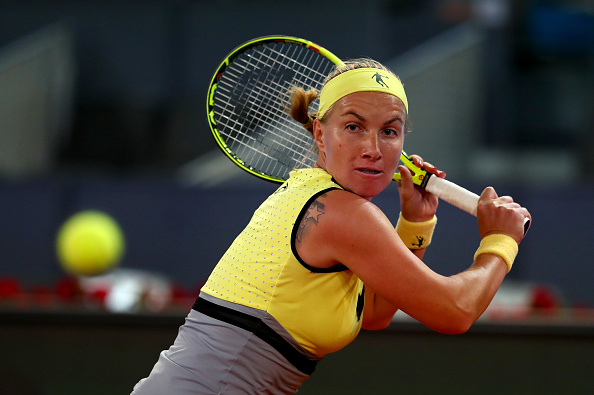 Bouchard got a chance to regroup when the match was delayed due to rain, but the time off didn’t seem to do much for the Canadian who back on court was forced to save two break points. A forehand into the net gave the Russian a third break point, but once again Bouchard saved it when she hit her first ace of the match. However, the Canadian’s second serve wasn’t helping her as the Russian took advantage of its slow speed to smash a forehand winner and bring a fourth break point that she would later take to lead 5-0. Serving for the match, the Canadian put some pressure on the Russian but she sealed her win with a forehand down the line.

Next for Kuznetsova: Kristina Mladenovic

In the semifinal, Svetlana Kuznetsova will face her doubles partner, Kristina Mladenovic to fight for a spot in the final of the Madrid Open. The pair has only met once before in 2015 where the Frenchwoman took the victory over the Russian 6-3, 7-5 at the US Open.