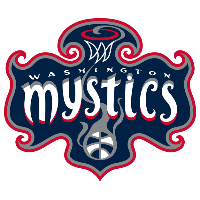 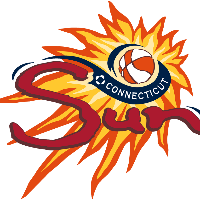 Thank you for following the game on VAVEL! See you next time.
10:15 PM9 months ago
IT approves.

Congrats to the @WashMystics on winning the @WNBA championship

The WNBA Finals MVP averaged 18 points and 8 rebounds throughout the whole finals coming off the bench.
10:14 PM9 months ago

The WNBA MVP was also the first player to go 50/40/90 pic.twitter.com/rYVxcsyKCj

The Connecticut Sun battled but it wasn’t enough to get a win in Washington, DC.

Fought to the very end. pic.twitter.com/Yig49BMjaa

For the first time in the WNBA history, the Washington Mystics are champions.

Kristi Toliver sinks both free throws to give Washington another 8 point lead with less than 90 seconds to go.
9:55 PM9 months ago

Both teams are over the limit in personal fouls.
9:54 PM9 months ago

Emma Meesseman gets the bucket and a foul to give the Mystics an eight point lead.

Delle Donne close from a double-double

The current WNBA MVP has 21 points, 8 rebounds and 2 assists in her 32 minutes of play.
9:52 PM9 months ago
Toliver looking tough out there.

She's got the touch 🌀 pic.twitter.com/ow4XOVu8Re

Mystics close from the title

The current WNBA MVP keeps out hustling everyone in the paint and getting second shot opportunities.
9:41 PM9 months ago

Five minutes remaining the the last quarter of play and both teams are tied to 72.
9:41 PM9 months ago

Q3 comes to an end

Two point Sun lead after three quarters of play in the WNBA Finals.

In the building supporting the fam.

Jonquel Jones subs out with 4 personal fouls.
9:19 PM9 months ago

We got a good one in DC.
9:12 PM9 months ago
One point lead after two quarter of plays. Both teams fighting for their first franchise WNBA title.
8:53 PM9 months ago

First half comes to an end

The Sun lead the Mystics by 43-42 in the winner-take-all Game 5 of the WNBA Finals.

Let's keep it up. Get to ESPN2 for the second half. pic.twitter.com/A1L8ZoXDRb

Beal and Wall in the building

The Wizards' back court supporting the Mystics in the WNBA Finals. Shouting out Elena Delle Donne.

John Wall and Bradley Beal did not travel with the team to New York this afternoon so that they could support the Mystics in Game 5 of the WNBA Finals tonight in DC. Wall seemed to be making arrangements yesterday to fly privately to NY later.#RunItBack #TogetherDC pic.twitter.com/CjOZNw20nV

Jonquel Jones has three fouls before the first half ends. Tough situation for the Sun.
8:47 PM9 months ago

Put her in the spin cycle then.

Everyone touching the rock for the Mystics.

Spin move and bucket for Jones.
8:31 PM9 months ago

Delle Donne back in the lineup for the Mystics.
8:28 PM9 months ago

Foul Trouble for the Sun

Thomas and Stricklen both have 2 foul after only one quarter.
8:25 PM9 months ago

First quarter of play is in the books and it was a good one. The Mystics lead 23-20 against the Sun.

One down ✅
Three to go pic.twitter.com/gaxjWpR7UY

Jonquel Jones is an absolute unit!

The Sun star gets blocked but she still gets the bucket.

Alyssa Thomas picks up her second PF.
8:16 PM9 months ago
Sanders sticking that follow through.

Washington leads Connecticut at home and the Sun call their first TO of the game.
8:12 PM9 months ago

Delle Donne doing work inside the paint. The two-time MVP looking for her first WNBA title.
8:11 PM9 months ago

Jasmine Thomas is locked in

“Staying together, staying confident and locking in on what we are trying to do.”

“Staying together, staying confident and locking in on what we are trying to do.” 🗣@jaszthomas ahead of Game 5 of the #WNBAFinals pic.twitter.com/DE2Uiy81x9

Mystics getting them' shots in

Washington squad pulled up to the Arena this morning to practice ahead of tonight's game.

Even the Boston Celtics are supporting the Connecticut Sun ahead of tonight's game.

Courtney Williams and the rest of the Connecticut Sun squad show up to Washington DC wanting all the smoke.

History in the making

No matter what happens tonight, the world will see a WNBA team lift the championship trophy for the first time ever.

We are an hour away from this WNBA Finals Game 5 for Washington Mystics vs Connecticut Sun.
6:47 PM9 months ago
Do not miss a detail of the match with the live updates and commentaries of VAVEL. Follow along with us all the details, commentaries, analysis and lineups for this Sun vs Mystics.
3:06 PM9 months ago

How to watch Sun vs Mystics Live TV and Stream

ESPN2 and TSN will be the streaming services for the game 5 of the WNBA Finals, both National TV. If you want to watch in on internet, VAVEL USA is your best option!
3:06 PM9 months ago

A first time WNBA champion will be crowned

Both teams are so close from making history. Who will get that last win of the season?
3:03 PM9 months ago
Safe to say the Sun is fired up for being one game away from winning the WNBA title.

WE'RE NOT DONE YET. pic.twitter.com/hJAwlEVIcf

Even though she missed game 2 of the WNBA Finals due a bak spasm, the 6'5 forward from the Mystics has been an absolute force this season and will be the player-to-go for the last game of the season.

Elena Delle Donne is a WARRIOR.

A whole city together

It ain't only about the Mystics but about the whole city. The fans and sports teams' from Washington will be supporting their WNBA squad this Thursday.

The Mystics could've clinched the series at Connecticut but an amazing performance from Alyssa Thomas helped the Sun to stay alive in the WNBA Finals.

That feeling when you force a Game 5! 🔥 #SquadGoals #WNBAFinals pic.twitter.com/maHIG07uFL

The Mystics recorded 16 3's during Game 3 of the current series, tying a WNBA Finals single-game record. Elena Delle Donne, Emma Meesseman, and Kristi Toliver were a combined 10-12 from deep.
2:48 PM9 months ago

The last time the WNBA Finals were defined in a winner-take-all Game 5 was back I 2017, when the Minnesota Lynx defeated the Los Angeles Sparks.
2:45 PM9 months ago

The Mystics and Sun are tied two games a piece in the current WNBA Finals series. The winner of this Thursday's game will take the trophy home.
2:43 PM9 months ago

The game will be played at the Entertainment & SportsArena in Washington, DC.
2:42 PM9 months ago
Welcome to VAVEL.com’s LIVE coverage of the 2019 WNBA Finals: Washington Mystics vs Connecticut Sun.
2:41 PM9 months ago

Welcome to our live coverage!

My name is Eduardo Villalpando and I’ll be your host for this game. We will provide you with pre-game analysis, roster updates, and news as it happens live here on VAVEL.
2:40 PM9 months ago 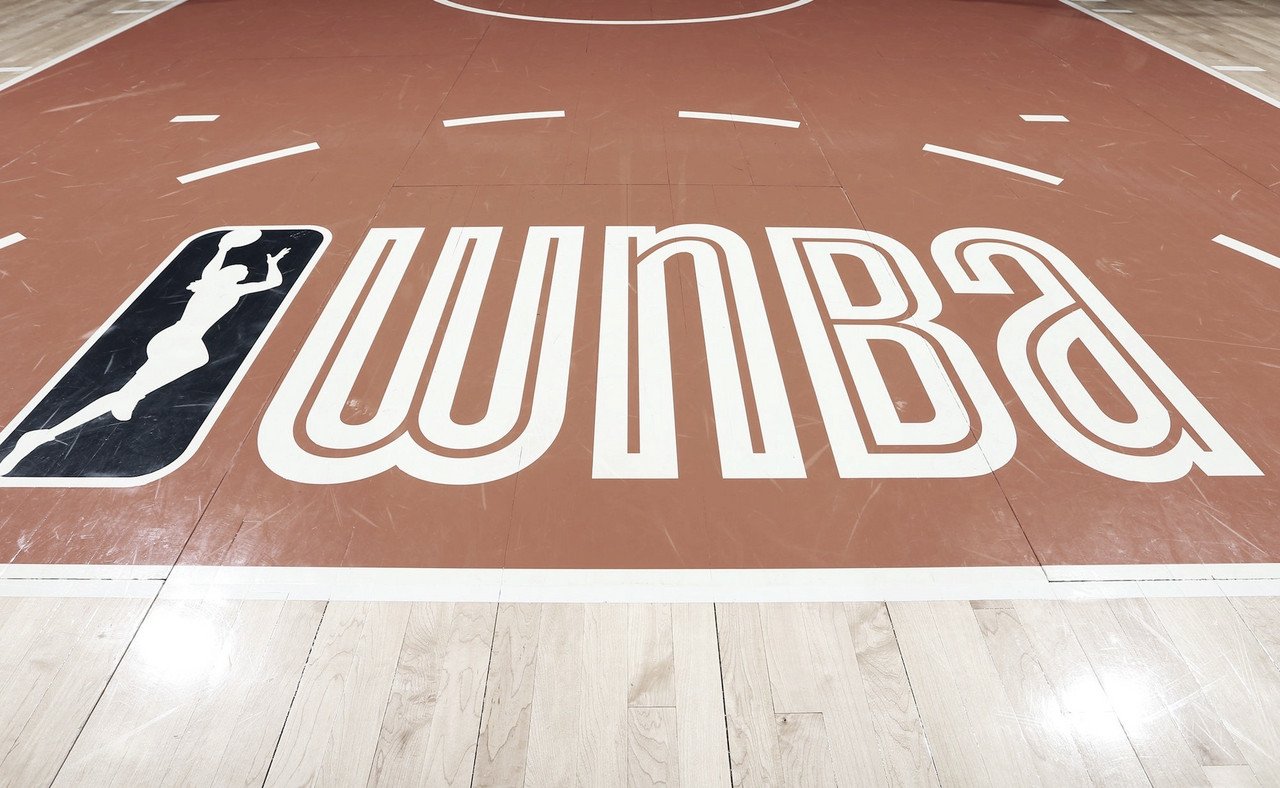 WNBA IS BACK!19 days ago

First COVID-19 case in the WNBA 3 months ago

Chiney Ogwumike goes under the knife, again4 years ago
Rio 2016: Gruda powers France past Brazil in women's basketball, 74-644 years ago