Newcastle United eased the pressure on manager Steve Mclaren as they ended Liverpool's excellent run in the Premier League.

Georginio Wijnaldum once again dazzled the home fans with his pace and finesse, with Moussa Sissoko on hand to assist.

Work rate from back-to-front was the key against Liverpool, and the full Newcastle team showed their fitness. Wijnaldum in the middle of the park ran his socks off, being instrumental in the 2-0 victory.

The Dutchman bagged an all important assist and goal during the win, continuing what has been an excellent debut home season. Wijnaldum has scored seven times incredibly at home this season, becoming a real fan favourite.

His constant running through the middle was the crucial against Liverpool, and Jurgen Klopp's side could not handle his immense work rate. The Magpies will be hoping he can put this form towards their away games. 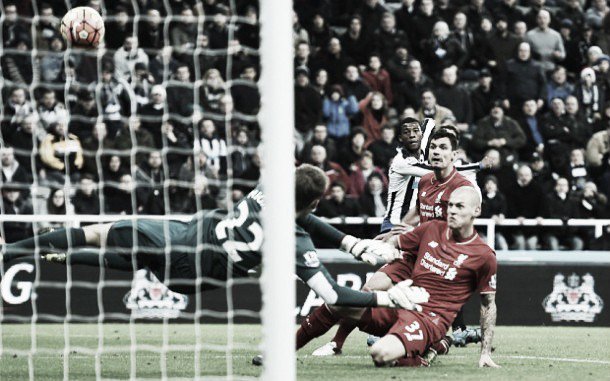 A missing figure for the past 12 months in the Newcastle starting XI has been 2014 summer signing Siem de Jong. The Dutch forward has battled injury after injury and setback after setback.

The 26-year-old has though come out the other side stronger, and looks like he is starting to nail down a place in the first team squad and will be hoping for more starting places in the near future.

Although De Jong didn't have a lot to do against Liverpool, he looked at full fitness and seemed confident on the ball. If Newcastle can get him back to his top level, the squad that McClaren craves could well be on the horizon.

In a game where Newcastle didn't expect to get anything from, they upset the odds and secured three vital points against an in-form Liverpool side.

Not only does the result move Newcastle closer to safety, but it takes a massive weight off boss McClaren's shoulders. The Newcastle manager has been under increasing stress over the last few weeks, and a 5-1 defeat Crystal Palace last time out did not help.

McClaren though stayed grounded after the victory, and told Sky Sports that the win made him feel a 'sheer relief' but insisted the team weren't 'getting carried away' and would 'keep working' towards safety.

The Warm Down: Newcastle remain locked in relegation battle after draw against Wolves 3 days ago

Who should get the nod to replace Callum Wilson in Newcastle United's relegation run in? 5 days ago

The Warm Down: Magpies suffer defeat at Old Trafford as relegation worries intensify 9 days ago

The Warm Down: Newcastle United slip into relegation battle after defeat at Chelsea 15 days ago
//