The tricky winger, who had been linked with a move to Spurs in the summer, returned to first team action with 20 minutes to go against the North London side after three months out with a hip injury.

A solid return to the Crystal Palace side saw Yannick Bolasie gain the support of not just the fans but Palace co-owner Steve Parish.  The 51-year-old oversaw the winger’s move to the club, from Bristol City, back in 2013 and has since built a strong relationship with the Congolese man.

“I don’t think anyone plays football with more joy than him,” said Parish.  His comments came after watching Bolasie take a selfie with his fans after Palace’s FA Cup Fifth-Round victory at White Hart Lane.

“The selfie thing he did was just typical him,” he continued, “it was so impromptu and genuine. He's such a lovely, lovely lad, he really is. It's just been a massive, massive lift for everyone getting him back”

What now is the priority for Pardew’s men?

If Crystal Palace can beat Premier League opponents West Brom this Saturday it will put the South London side on 35 points, dampening some of the fan’s doubts over the Eagles’ safety in the league.

However with an away day against Reading to come in the FA Cup Quarter Final, the first time Palace have reached this stage of the competition since the 1994/5 season, a lot of focus must surely be put towards the FA Cup.

With the return of Bolasie and fellow winger Bakary Sako, Steve Parish and his co-owners must feel a lot more confident that their side can turn their fortunes around after recording no league wins since the start of 2016.

What can be said though, is that the Palace fans will definitely be lifted by the return of their main man and Steve Parish will be hoping his “lovely lad” will help Pardew’s side return to winning ways.

Joachim Andersen: How will his injury affect Crystal Palace over the busy schedule? 9 hours ago

The Warmdown: Crystal Palace play out a thrilling six goal contest at Turf Moor 10 days ago 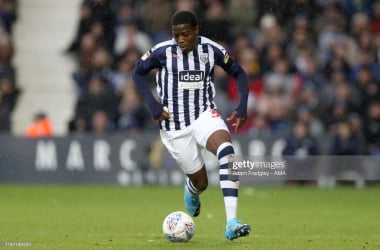 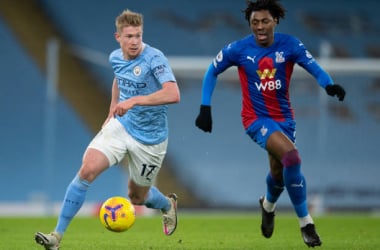