A Philippe Coutinho inspired performance saw Liverpool claim a vital win away from home against Brighton and Hove Albion.

Emre Can, who started to day in defence, put the Reds ahead 30 minutes with a header from Coutinho, and the Brazilian created another goal two minutes later as the Liverpool number 10 set up his international teammate Roberto Firmino.

Firmino doubled his tally three minutes into the second half when an excellent Liverpool counter attack saw Mohammed Salah and Firmino link up well, and the Brazilian finishing the move off to give the Reds a 3-0 lead.

Glenn Murray got the Seagulls back into the game 51 minutes in from the spot, but Coutinho dashed any hopes off a Brighton comeback when the playmaker struck twice in the span of two minutes to seal the three points for Liverpool.

Although both side started brightly early on in the game, neither keeper from either side was called into action within the first ten minutes. With Liverpool starting with an improvised centre-back partnership of Dejan Lovren and Can, Brighton were unable to expose the glaring weakness in their opponents defence.

The hosts almost found themselves ahead 17 minutes in, when a cross from Izzy Brown found the feet of Murray in the penalty area, but despite only being six-yards out, the striker sent the ball flying wide of Simon Mignolet’s goal.

It looked as if the deadlock would not be broken in the first half with how lazy both teams were when they were attacking, but Can changed that 30 minutes in, when the German midfielder put Liverpool ahead.

A corner from Coutinho corner found the head of an unmarked Can, who leapt to met the ball, and his powerful header flew past Matthew Ryan to give Liverpool the lead.

Jurgen Klopp’s side doubled their lead in a matter of seconds following Can’s opening goal, as Firmino made it 2-0 to the Reds.

Salah regained possession swiftly after the retake and the Egyptian winger was able to set free Coutinho, who had made a darting run down the right wing unmarked. The Brazilian was allowed to cross the ball to Firmino from six yards out, and the former Hoffenheim attacker had a simple tap in to punish Brighton further going into the break.

Murray thought he had given Brighton the perfect start to the second half when a cross from Brown yet again found the veteran striker, but Mignolet was able to make a good save to deny Murray, and set Liverpool up on the counter.

From there the ball was pumped up too Salah, who twist and turned his way through the Brighton defence, and smart run from Firmino allowed the winger to play the Brazilian in, and once again the striker was able to beat Ryan with a smart finish, to make it 3-0 to the visitors.

However, Liverpool’s three-goal advantage only lasted a whole three minutes, as Murray was finally able to put the ball in the back of the net 51 minutes in.

A Brighton corner into a crowded penalty area resulted the referee pointing the spot after Jordan Henderson pushed Shane Duffy in the area. Murray stepped up to the spot, and sent Mignolet the wrong way with a well-taken spot kick.

Liverpool remained dangerous as ever after Murray pulled Brighton a goal back in controversial circumstances, but the goal gave the hosts the confidence they needed to fight back against the Merseyside club.

Chris Hughton using all three of his subs before the 80th minute added extra energy and life to his Brighton side as they looked to repeat what Sevilla did to Liverpool two weeks ago in Spain.

A comeback would never come for Brighton, as Coutinho put the final nail in the coffin for the Seagulls three minutes before full time.

The Brazilian was brought down by Dale Stephens just on the D of the penalty area, and a smart free kick from the former Inter Milan playmaker saw a low strike under the wall nestle into the net, to make it 4-1 to the visitors.

Coutinho made it 5-1 moments after the restart, when the creative midfielder burst through on goal, and curled a shot from distance. But, the ball took a wicked deflection off Lewis Dunk, who sent the ball into the back of his own net, to cap off an impressive Liverpool result.

Graham Potter pleased with effort despite heavy defeat2 days ago

Graham Potter delighted with draw at Leicester City10 days ago

Graham Potter delighted after victory over Arsenal13 days ago 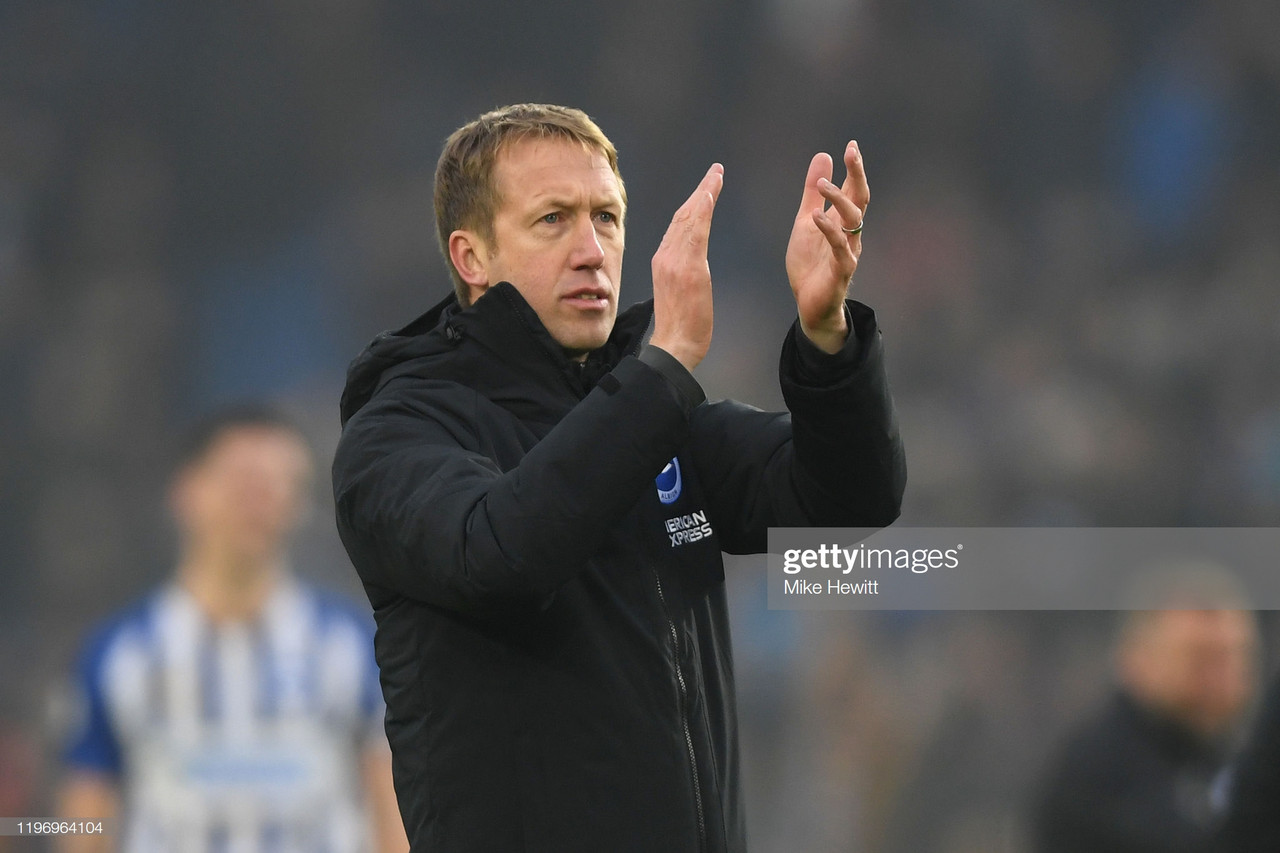 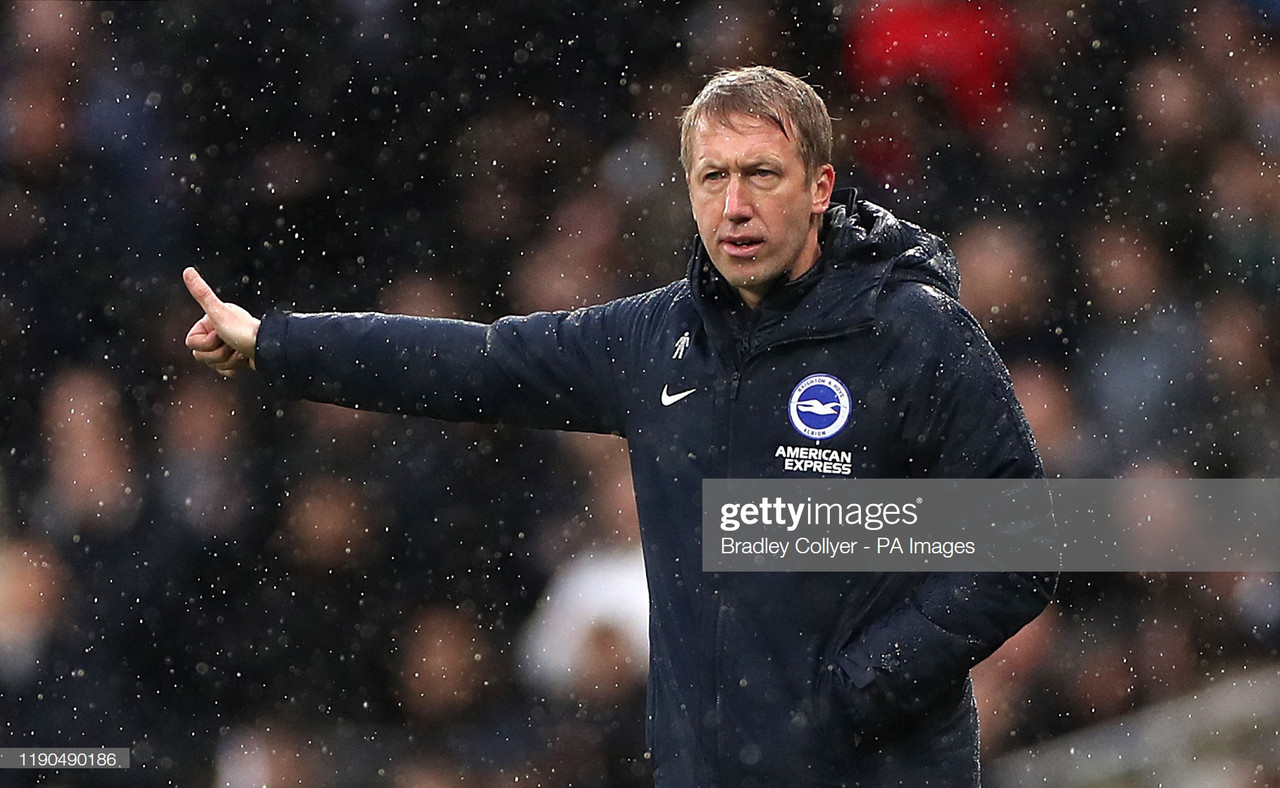 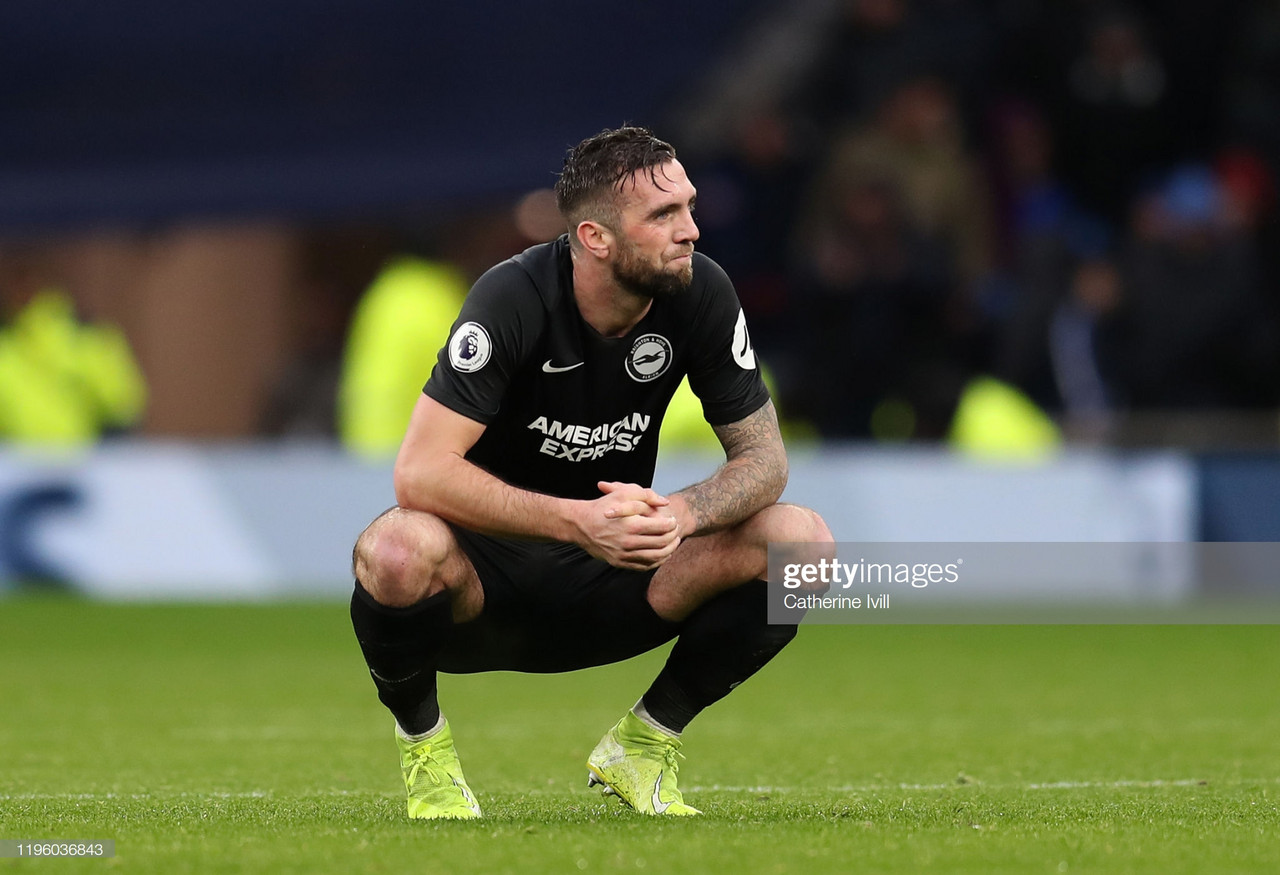 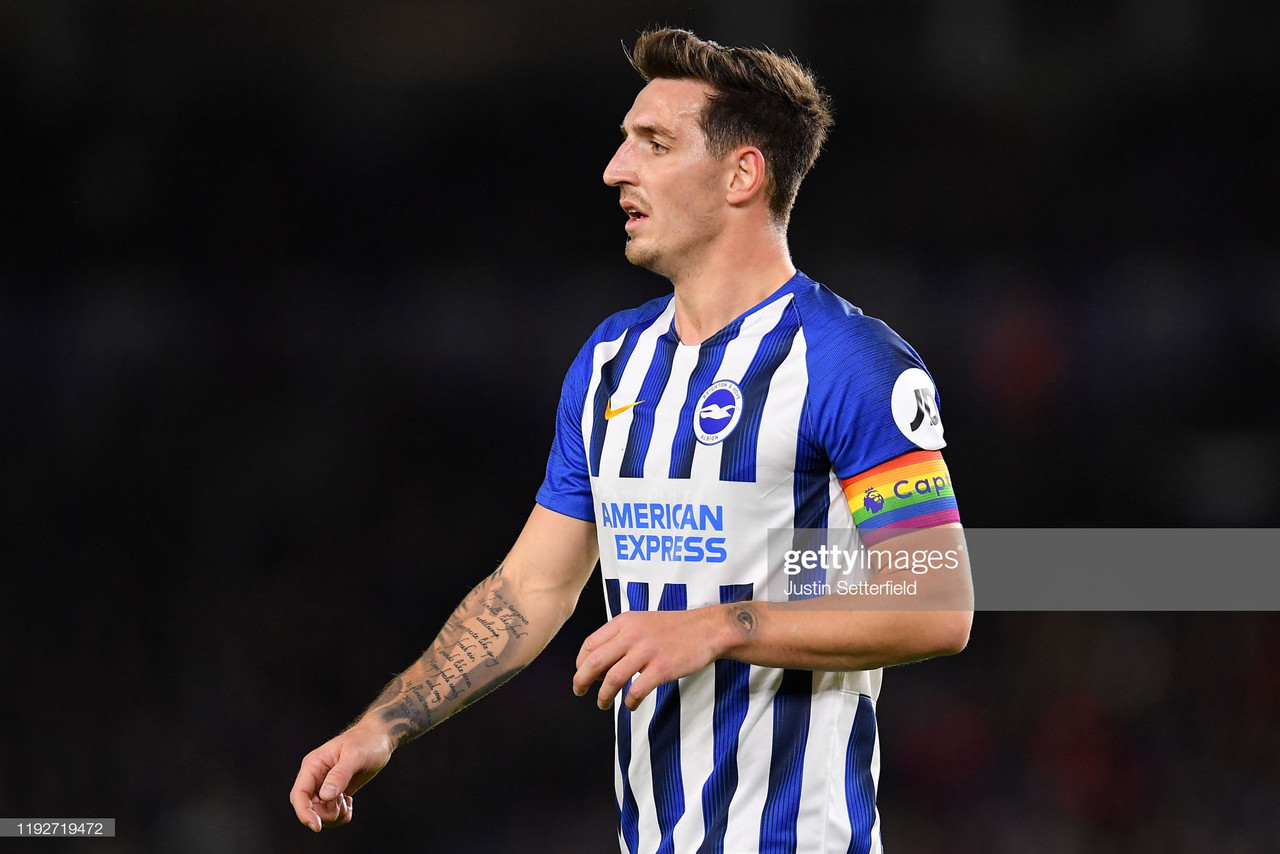