Draw after 90 minutes wasn't enough as West Ham fall behind and lose 2-4 on penalties.

Sancet scores, Diangana puts it over the bar.

Athletic back with an advantage.
17:003 years ago

Andriy Yarmolenko puts it in.

Aduriz converts despite Roberto managing to get a hand on it.
16:523 years ago
93' Final seconds of the half as everyone is preparing for the next coming - penalty shootout.
16:483 years ago
88' Very close again!

Lovely play from Masuaku to Snodgrass who slipped in Chicharito but his shot was saved, and put away for a corner.

Snodgrass' delivery nearly found Diangana but he hasn't anticipated the ball to cross his path, and seconds later the young winger headed it over the bar after Yarmolenko's cross.
16:423 years ago

The Congolese full-back whipped a very dangerous ball in but Hernandez was second to it and Athletic Club managed to clear.
16:353 years ago

Another game, another goal ruled out for offside. Raul Garcia put the ball into the back of the net but the score remains 2-2.
16:323 years ago
71' Athletic Club came close.

Ibai Gomez's first touch after being substituted on found the head of Williams but the forward headed it over the bar.
16:233 years ago

Angelo Ogbonna, Andriy Yarmolenko and Robert Snodgrass take the places of Felipe Anderson, Fabian Balbuena and Jack Wilshere.
16:203 years ago
60' What a chance from Yuri Berchiche!

The ex-PSG left-back decided to go on a wild run but scuffed his shot just wide.
16:163 years ago
56' Stunning from West Ham.

Great play from Anderson whose shot was saved by Simons, as well as Haller's overhead kick.

The Hammers' are finding their rhythm.
16:133 years ago
54' Great play from Lanzini in the middle of the pitch as he found Antonio but the substitutes cross was blocked behind for a corner.
16:123 years ago
52' Lovely pass from Wilshere to release Anderson but the Brazillian took to long and Yuri cleared it away.
16:103 years ago
50' First yellow card of the game goes to Ryan Fredericks, for a late tackle on Unai Lopez.
16:073 years ago
45' And we're back underway!

Only two changes at the break. Michail Antonio for Pablo Fornals for West Ham and Iago Simon for Herrerin for Athletic Club.
16:033 years ago
So far, so good.

Great game with a fantastic atmosphere and four goals to its name. And supporters of the Basque club were having a lot of fun not only during but also before the match!

And as it was against Hertha on Wednesday, West Ham are again going to half-time with a 2-2 draw.

15:473 years ago
44' Cordoba tried a volley from 25 yards out but it was far and wide off Roberto's goal.
15:443 years ago
41' Great interplay from Lanzini and Cresswell but the Englishman's cross was a bit too low as it just skimmed Yeray's head and taken it away from Haller.
15:423 years ago
40' Great cross from Anderson found Fornals but Michael Oliver stopped the Hammers' attack with a call for handball.
15:403 years ago
38' In other news, West Ham' loanee, Jordan Hugill, scored his first Championship goal of the season.
15:383 years ago
35' Quick stop in play as Haller caught Nunez with an elbow.

The Spanish defender is slightly bleeding, but nothing serious.
15:353 years ago
33' And it was Cresswell who gave it a go but his attempt was straight at Herrerin.
15:333 years ago
31' Free-kick for West Ham with Lanzini, Cresswell and Anderson ready to step up.
15:313 years ago
30' Fantastic spell from the Hammers as they trapped Athletic inside their own half for over five minutes.
15:293 years ago
25' Nearly 3-2 but Anderson couldn't steer in Cresswell's cross from six-yards out.
15:273 years ago

Fantastic from Haller who managed to win the ball back, cut it across the goal and there was Jack Wilshere with his first goal in the Claret&Blue!
15:253 years ago

West Ham pull one back!

Great play from Haller after a defensive mistake, the Frenchman found Fornals who got the ball in with an overhead kick and Lanzini turned it in from  three yards out.
15:213 years ago
19' Cresswell with a chance after a great run from Wilshere but he crossed it straight into the first defender that was on his path.

And so much for the Hammers' dominance as they fall even more behind.

Fantastic play from Atheltic Club and a great finish from Inaki Williams.

15:173 years ago
15' After the opening 15 minutes West Ham are clearly the dominating side, but they are yet to threaten Herrerin's goal.
15:093 years ago
6' Manuel Lanzini tried releasing Felipe Anderson but the pass was a bit too heavy and Yeray managed to easily turn it away for a goal-kick.
15:083 years ago
5' Haller has certainly opened his scoring tally at the Olympic Stadium, but now we're hoping that the next goals will come at the right time, and into the right end.
15:063 years ago

Athletic Club are in front.

And we are underway in London!

West Ham, who are in their home claret&blue kit, kick the game off. Athletic Club plays in green.
14:573 years ago
Just under five minutes until the first-half kick-off, and I hope everyone's ready for a great game that's about to begin at the London Stadium.
14:533 years ago

And it looks like for that one we will need to wait a while again.
14:023 years ago

13:413 years ago
It all points to the new boys Sebastien Hallers and Pablo Fornals starting again...


Our new boys both got off the mark midweek against Hertha Berlin 👊
Who's looking forward to seeing them in action today?! 🔥 pic.twitter.com/BB4mD3MUli

There appears to be some early team news regarding West Ham.

Following his slight thigh injury in the warm-up against Hertha BSC, Łukasz Fabiański is going to be rested again. Mark Noble and Winston Reid are set to miss the game with knocks, yet again. 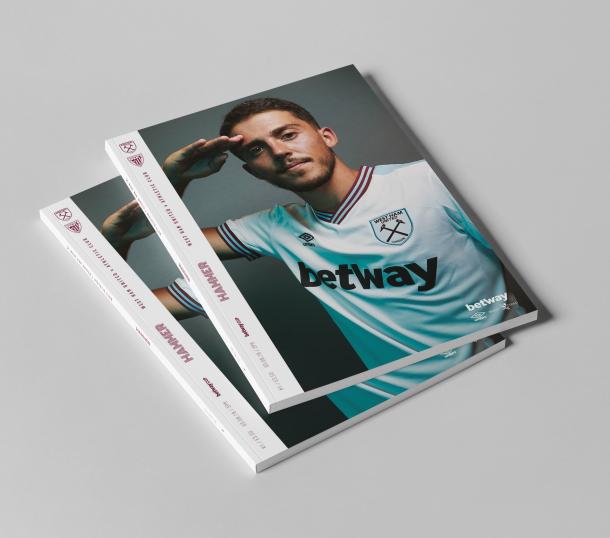 ​
12:593 years ago
In yesterday's interview for whufc.com Pablo Fornals expressed his excitement for the test against Athletic Club.

“I’m looking forward to the game,” Fornals told whufc.com. “I want to play the match and I want to see my old friends in their team. I think it will be a good match.”
12:543 years ago
Just over 60 minutes until we (hopefully) know the official line-ups for the Betway Cup final.
12:273 years ago

Follow along with us all the details, commentaries, analysis and lineups for the West Ham United vs Athletic Club game.

As it's been the case for the previous games, tomorrow's match will be available on whufc.com but only for UK & Ireland residents.

So if you are outside of the mentioned countries or you can't keep up with the action through a video live stream, VAVEL UK's commentary is probably the best place to be in.
11:503 years ago
The Basque club is coming to the Betway Cup final off the back of a 1-1 draw against Numancia just yesterday.
11:483 years ago
For Athletic Club, tomorrow's game is going to be a fourth from last pre-season friendly before they start their La Liga season against FC Barcelona on the 16th of August.
11:463 years ago
The Hammers come into this game on a back of a 5-3 win against Hertha BSC on Wednesday.
11:443 years ago
West Ham are back at the London Stadium for their last pre-season game before getting on with their 2019/20 Premier League campaign that's underway on August 10th against Manchester City.
11:413 years ago
Hello and welcome to VAVEL UK's live stream update of West Ham's match against Athletic Club de Bilbao which kicks off at 15:00 UK time tomorrow afternoon.

Exclusive: 'What a journey we've been on' - Jamie Segal on West Ham's European tour 2 months ago

The Warmdown: Youthful Hammers bested by Croatian Champions 7 months ago