Barnet FC announced that they would be putting 60 non-playing staff on notice due to the effects of the on-going COVID-19 pandemic that has swept across Europe.

Barnet last played on the 10th March and they will not be playing in a competitive fixture for the next three weeks minimum after the National League made a statement on Monday saying that they are suspending the league until April 3rd at the earliest.

In the statement, the club says that due the financial constrictions of dwindling crowd numbers coupled with the challenges imposed by the pandemic of coronavirus the club has had to restructure the budget for the next season.

Barnet FC Chairman Tony Kleanthous said this in a club statement on the club's official website: "Our greatest concern is that within the UK and across the entire world, people are losing loved ones. Our sympathies and thoughts go out to everyone affected but right now, I have to focus my attention closer to home and look at the impact it’s having on our Club.

Kleanthous went onto say: "It is my responsibility to ensure Barnet FC continues to survive and remains financially stable and therefore, I have had to make difficult decisions.

I have to be open and honest with the staff and it’s been a difficult past few days having to deliver the bad news but it’s something that had to be done."

Before play was suspended Barnet sat four points away from the play-off places with four games in hand on Stockport County. This is Barnet's second season back in the National League after their relegation from the Football League in the 17/18 season. Barnet are also unbeaten since the middle of February in the league as well, so hopefully when play resumes the team can make that push for the play-offs. 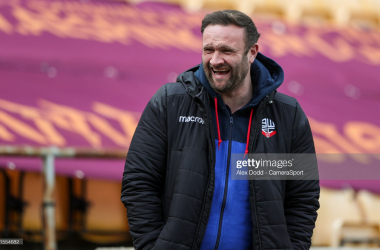 Grimsby Town vs Bolton Wanderers preview: How to watch, kick-off time, team news, predicted lineups and ones to watch 9 hours ago 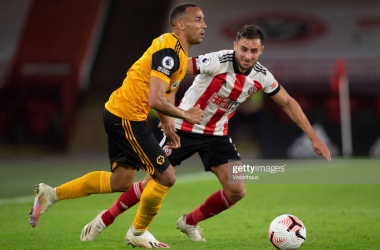 Norwich City vs A.F.C Bournemouth preview: How to watch,&nbsp;kick-off time, team news, predicted lineups and ones to watch&nbsp; 9 hours ago

Everton 2-2 Tottenham: Kane and Sigurdsson braces not enough in breathless draw 11 hours ago 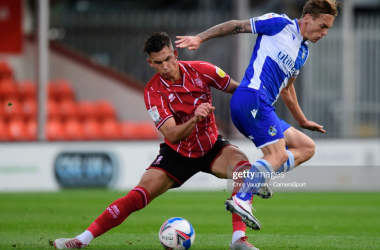 Bristol Rovers vs Lincoln City preview: How to watch, team news, predicted lineups and ones to watch 13 hours ago

Stoke City vs Preston North End preview: How to watch, kick-off time, team news, predicted lineups and ones to watch 18 hours ago
//