As we get set for Qatar 2022, viewership is expected to be higher than ever.

Surpassing the record 3.572 billion that tuned in for the 2018 World Cup final in Russia. For those taking part, especially for the first time, the experience is undoubtedly going to be one of the highlights of their career, if not, the pinnacle.

But for some unfortunate players, the injury curse has struck them at precisely the wrong time. Today we will be looking at ten of the biggest footballing stars, who will agonisingly be missing out on Qatar 2022.

The AC Milan star who can play as a right-sided winger and fullback had to be substituted in the first half of Milan's 3-1 win over Empoli in early October.

Saelemaekers was forced off due to a tear in his left ACL and is not expected back until 2023. The 23-year-old has made 75 appearances for AC Milan since signing for the club in 2020 and was monumental in helping the club claim their first Serie A title in 11 years in 2022.

His versatility and youthfulness will be a huge loss for a Belgium side that many feel is past its golden years, despite still featuring many serial winners in their squad.

Corona has been a Mexico regular since making his debut in 2014. He cemented his place in the Mexican history books with a goal in the 2015 CONCACAF Gold Cup final- helping his national side to a 3-1 victory against Jamaica.

After seven impressive years at Porto, Corona earned himself a move to La Liga giants Sevilla. The creative winger, capable of playing on both flanks became a first-team regular for the six-time Europa League champions.

That was until August of this year when Corona fractured his ankle while training with Sevilla.

Despite teammate Raul Jimenez being declared fit and selected for the Mexican squad, Corona's attacking teammate has not played since August. Could Mexico's forward crisis prove to be a significant blow for the central-American side?

Although Werner has not regained the electric form he displayed during his first spell at RB Leipzig. The German striker will still be a huge loss for the four-time champions.

Werner made his debut for the national side in 2017 and made a prolific start to his international career, winning the golden boot at the  2017 Confederations Cup.

He has totalled 24 goals in 55 appearances for Germany. Still, sadly, he will not be on the plane to Qatar, after suffering an ankle injury he picked up in the final Champions League group stage game against Shakhtar Donetsk - just a week before the national squad was set to be announced.

German manager Hansi Flick stated, "This piece of news is extremely bitter." Of course, the 2014 victors have a surplus of talented attacking options, but there is no doubt they will miss the rapid speed and work rate that Werner brings to the team.

The Dutch central midfielder has had a difficult spell in his career since departing from Liverpool in 2021. After an unsuccessful transfer to PSG, Wijnaldum made a loan move to Italian side Roma in the Summer.

Since then, he has played just twelve minutes of football. He made his debut under Jose Mourinho's side in August, and a few days later, suffered a fractured tibia in training, ruling him out until 2023.

Wijnaldum has enjoyed a decorated career, winning the Champions League, Premier League and Ligue 1. He also became captain of the national side when Virgil Van Dijk picked up a long-term injury in November 2020.

His international career spans 11 years since he made his debut in 2011, and he has since established himself as one of the most talented and experienced players in the side, scoring 26 goals in 86 appearances.

However, Wijnaldum will have to support the Dutch side from home this Winter.

Lo Celso was forced off with a hamstring injury while playing for Villarreal against Athletic Bilbao in La Liga at the end of October. The hamstring tear was so severe it required him to have surgery, despite Lo Celso seeking other forms of recovery in his desperate attempt to be fit for Qatar 2022.

Lo Celso's form for Argentina is a huge contrast to the form of his parent club Tottenham. Before going out on loan, the Argentine struggled for regular first-team football at the North London club, scoring just one Premier League goal in his two-and-a-half-year spell.

However, for Argentina, Lo Celso has been extremely influential in midfield. In Argentina's Copa America 2021 success, Lo Celso featured in all but one match and was praised for his dribbling and ability to control possession in midfield.

Argentine boss Lionel Scaloni has previously described Lo Celso as 'irreplaceable', but he will have to adapt his squad without the creative midfielder as the South American side aim to win their first World Cup since 1986.

The 22-year-old Chelsea right-back would have had intense competition had he been fit for Qatar 2022, with England featuring some of the best right-backs in the world, such as Kieran Trippier, Kyle Walker and Trent Alexander-Arnold.

Nevertheless, James is still a huge loss for Gareth Southgate's side, with 17 combined goals and assists since the start of last season and boasting a Champions League medal to his name.

James suffered a knee injury against AC Milan on 11th October and was optimistic to recover in time for the World Cup, but it was just not meant to be.

There are many players in football history whose names are plagued by the phrase 'if only'.

Not many more so than Germany's Marco Reus, who sustained yet another injury in September. Reus damaged his ankle ligaments while playing for Borussia Dortmund against bitter rivals Schalke.

This will be the second time Reus has missed a World Cup due to injury - the first being in 2014 when Germany went on to win.

Despite the attacking midfielder registering an impressive 169 goals in 448 appearances, Reus' career will always be tarnished by the reoccurring injuries he has suffered from.

At the age of 33, it may well have been Reus' final chance to play at a World Cup.

N'Golo Kante suffered a hamstring injury in a 2-2 draw against Tottenham in August. The Chelsea midfielder ended up having an operation for the injury in October as the rehabilitation process wasn't progressing as expected.

Kante will be a huge loss for the current world champions; he has been pivotal in France's success over the past six years.

The defensive midfielder is renowned for his extreme stamina and ability to recycle possession of the ball, thanks to his telepathic reading of the game. This has seen him top lists for interceptions and tackles on numerous occasions in multiple competitions.

Kante has been capped 53 times for France since his breakthrough season in 2016 during Leicester City's historic Premier League triumph. Unfortunately for Kante, though, the wait for another international appearance will have to wait until after the World Cup.

Paul Pogba is arguably the most criticised player in World football. An underwhelming six-year spell at Manchester United following a world record transfer fee has led many to believe that Pogba will go down as a player with unfulfilled potential.

Undoubtedly, at 29, he still has the potential to be one of the best box-to-box midfielders in the world. He will be keen to prove why he was so highly rated, having moved back to Juventus - the club where he merged onto the scene as a serious talent.

But he has not had the chance to do so yet. Pogba is still waiting to make his second debut for the Turin-based giants because he tore his meniscus in pre-season in July.

Pogba has also proved why he is considered to be a footballing elite with many iconic moments for France - a Long-range screamer against Switzerland at Euro 2020 and a finessed, weak-foot finish in the 2018 World Cup final against Croatia come to mind.

However, he joins his midfield partner N'Golo Kante among the French absentees for Qatar 2022. Didier Deschamps' team will have to adapt without the presence of their long-serving midfield duo.

Jota was ruled out of the World Cup after sustaining a calf injury while playing for Liverpool against their major rivals Manchester City in October.

Although there may be more lethal attacking threats out there, Jota's absence will be a major blow for Portugal when comparing depth in attacking options to some other countries.

France, Argentina and Brazil all possess an abundance of ruthless goal threats. Portugal, too, boasts extremely talented forward options, but other than Cristiano Ronaldo, these options are generally very young and inexperienced - Joao Felix and Rafael Leao are both set to make their World Cup debuts.

So, without Jota, Ronaldo will have to rile up his Portuguese teammates with the same leadership skills we saw in the 2016 European Championship final when Portugal won their first international trophy. 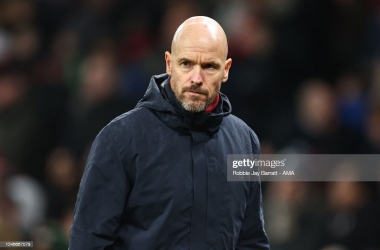 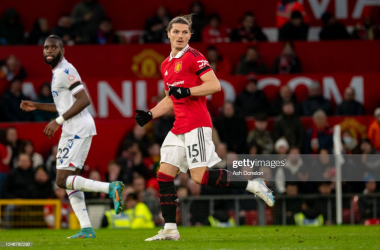 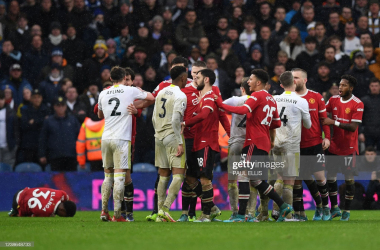 Jesse Marsch sacked by Leeds a day ago 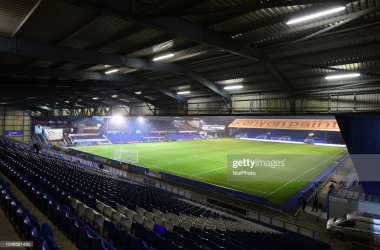