It was the 5th of May, 2011, when Alessandro Del Piero sat down next to Andrea Agnelli to put pen to paper, in what would be “Ale’s last year in a Juventus jersey”. We were all relaxed but obviously not aware of what that would actually mean a year later.

Transferred to Juventus in 1993, nicknamed by the Old Lady’s late president Gianni Agnelli as “Il Pinturicchio”, Del Piero made his debut with Juventus against Foggia, who went on to score his first goal for the team the next fixture against Reggiana. It was, only a brief window of opportunity for Del Piero when he could start going above and beyond his duty, and it seemed he fully benefited from it, as some weeks later he scored his first hat-trick with Juventus against Parma. His success in his debut season with Juventus continued as he scored 5 goals in 11 official matches. 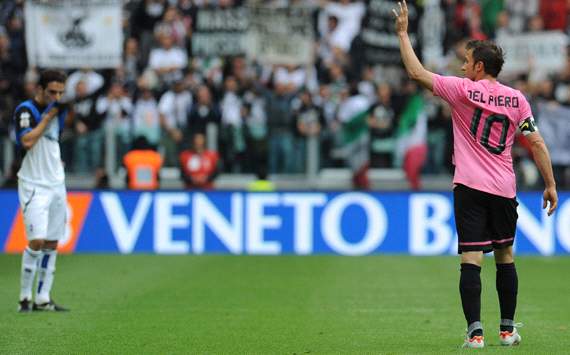 Everything was obvious as the newly signed teenager, quite young but of a lot of promise, was determined to fight his way to the top of the heap and he meant to stay there.

Alessandro Del Piero went on to become the team’s captain holding the number 10 on his back after many other legends of the club like Platini did before him, and because of his versatility he managed to play in all of the positions in attack with many high regarded players of that time like Gianluca Vialli, Fabrizio Ravanelli and Zinedine Zidane to name a few. His knee injury (torn ACL) in 1998 left many of his admirers worried that he would never get back to his best playing form. He lived to tell the tale, unwilling to roll over and play dead, Alessandro didn’t disappoint. It was during this time when Pinturicchio had earned himself a new nickname by the fans “Il Fenomeno Vero”, the response to Inter’s Ronaldo who was nicknamed as “Fenomeno” by his fans.

"The fact is that there's been a race between me and Ronaldo all season for the title of 'phenomenon’. What I meant was that inside our stadium, Ronaldo doesn't count for anything. As far as our fans are concerned, I'm the only one who counts; along with my teammates, obviously." – Del Piero on winning the league in 1998.

And on winning “lo Scudetto” in 1998, Alessandro, and as humble as he is, he couldn’t hide the joy:

Able to breathe again, after Juventus had suffered a lot from his injury in 1998, the team and the management were sure that Alessandro Del Piero would surpass all of the “number 10’s” before him. It was his legacy that pushed Juventus forward to countless national and international trophies.

For all the 19 seasons that Ale would spend with the Bianconeri, he set records in all aspects of the game. He leaves Juventus as the all time leading top scorer with 289 goals, a record that was once held by the former Juventus President Giampiero Boniperti. Alessadndro Del Piero is the all time leading scorer for Juventus in all other important competitions as well, such as Champions League (45 goals), UEFA Competitions (53 goals), add to this, the most capped player in the history of Juventus (704 matches played), a record that was once written in the name of another Juventus legend – Gaetano Scirea (552 matches played).

Many other memorable moments have described Del Piero as the “one and only Captain” of Juventus, that even Ale himself, is aware of . His precious goal against Fiorentina in 1994, the lovely back-heel goal against Borussia Dortmund in the finals of the Champions League, the only goal against River Plate that would secure Juventus the Intercontinental Cup, the many of his trademark goals “alla Del Piero”, the most precious goal of his against Bari, his goal against Piacenza for Avvocato, the bicycle kick assist to David Trezeguet to secure the 28th Scudetto, the amazing costless-kick against Inter in San Siro, and because there’s no end to this, it’s worth mentioning “the many standing ovations he has earned around the stadiums in the world”.

Still, after all that’s said and done, nothing of his contribution to make Juventus the most prestigious club in Europe today, matches his devotion to the “Old Lady” when relegated in Serie B, by the infamous scandal of Calciopoli.

It was in 2006, when his relationship with Juventus and especially the fans grew more important, as the fans around the world today love him to bits. As Juventus were entering the purgatory of Serie B, many of the key players left Torino, while Del Piero announced that he would stay and captain them in Serie B and help the team regain promotion, explaining how important this was for “the Agnelli family and the fans who truly deserve it”. 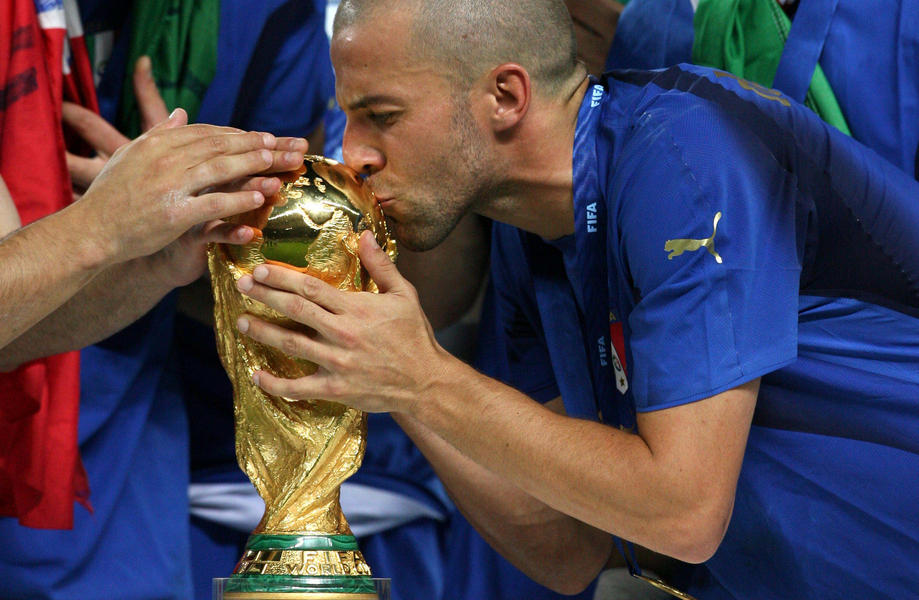 He continued with his usual success of becoming the capocannoniere in Serie B and as Juventus were crowned champions, Del Piero would become the top scorer in Serie A the next year as well, helping the team secure the Champions League place for the following season. Six years of anguish and pain followed, and two seventh place finishes that meant no Champions League for Juventus as the team lost dominance and were easily turning to a complete mediocre team.

Alessandro Del Piero spent an entire life, an entire career dedicated to the city of Turin and Juventus. His legacy will live forever in the history of the club. Many management changes and different coaches had taken over the team, but there was zero consistency and the winning mentality had all but gone. All that changed with the arrival of Antonio Conte as the head coach of the Bianconeri, and with a number of excellent buys during the transfer window, Juventus are the newly crowned “Campioni d’Italia”.

Nothing else did Alessandro Del Piero deserve on his last league fixture with the Juventus jersey, as after being substituted by coach Antonio Conte to earn a 20 minutes standing ovation that required him to take a walk around the stadium, with the Curva chanting on his name while crying “un Capitano, c’e solo un Capitano…”

Right under the bench, Gianluigi Buffon was sitting and watching in admiration how the fans applaud his teammate who later on said: “In the next 150 years there will not be anyone like Del Piero. I was moved”.

It was that time of the year, again, something that the Bianconeri fans have been seeing for 19 years, a legend, a bandiera of the team lifting trophies towards the sky, and for the eighth time of his career, the fans had the privilege of watching Alessandro Del Piero celebrate a Scudetto with the club. Then, there could surely be no best way of saying “arrivederci” to one another (Del Piero, the club and the fans) given the fact that Juventus are now back on the top of their domestic league.

Alessandro Del Piero, above all, is one of the few Juventus legends that have represented the Stile Juve – the philosophy of professionalism and hard work - throughout the years. He is surely, a role model to follow for the many generations to come. Ravished with delight, I have sat in front of my TV and watched Del Piero grow old. It is something I have never even thought about but myself, him and those of you reading this piece are surely all terribly disappointed with Ale leaving, knowing that we are going to lose so much.

Alessandro Del Piero is a God when it comes to football and easily the most loved player in the great history of Juventus and to me, personally, second only to a father.

“I'm happy that you have smiled, cheered, cried, sung, shouted for me and with me”

“You've made my dream come true. More than any other thing, today I just want to say THANK YOU.”

“Always by your side”

Papu Gomez set for Atalanta departure a year ago

Serie A weekend round-up: Juve make up ground on the leaders a year ago

Serie A weekend preview: Inter Milan to close the gap? a year ago

Are Silvio Berlusconi's A.C. Monza heading for Serie A? a year ago