When we last talked to Andy, Brazil was ready and waiting. The bike was named (Brenda incase you’re wondering), he had cycled around Vicarage Road and the daunting task of a 5,500 mile cycle around the World Cup’s host nation was imminent.

Now the 35-year-old has just surpassed the halfway point of this massive fundraising event, the option of a second interview was too good to resist as we talk about what has happened so far with the man himself.

Hello Andy, pleasure to catch up with you once again! Can you believe it’s been three months since you began this journey?

“Not really because the time has flown by, but now that I cast my mind back it's incredible to think of the huge number of places I've visited and people I've met in Brazil so far.”

We’ve seen that your application to stay in the country for a few more months has been granted, enjoying it that much?

“Oh yes, I love it here, but the plan was always to stay for the maximum 6 months that I'm allowed on a tourist visa = 5 months of cycling and one month of World Cup.”

Because of the scale of the journey, alongside the fact that this is fundraising for charity, the coverage has been notable over here and in Brazil. Does the cycling coupled with the necessary media commitments prove too much at times?

“My daily routine is breakfast, re-pack my bags, load up the bike, cycle for 6-8 hours, find a place to stay, unpack my bags, shower, eat dinner, get on WiFi to catch up with emails, social media and my blog, sleep, then do it all again the next day. So yeah it's pretty full on and I sometimes wonder if I should wind down the mini PR campaign so that I have more time for sightseeing, but then again it's all about raising awareness and hopefully donations for the two charities, so I'm happy to keep doing it, and answering questions from journos such as yourself!”

There has been a lot of bad press in recent times about the poor planning where the stadiums are concerned. You’ve seen eight grounds first hand, do they look like nearing completion?

“Most of the stadiums I've visited are complete and they're very impressive structures with superb facilities. However, it's well known that there's been construction delays in Sao Paulo, Curitiba and Cuiaba, but it's being reported that these stadiums are now nearing completion. The big 'but' is whether the infrastructure around the stadiums will be ready in time, since the surrounding areas at all three were messy building sites when I passed by.” 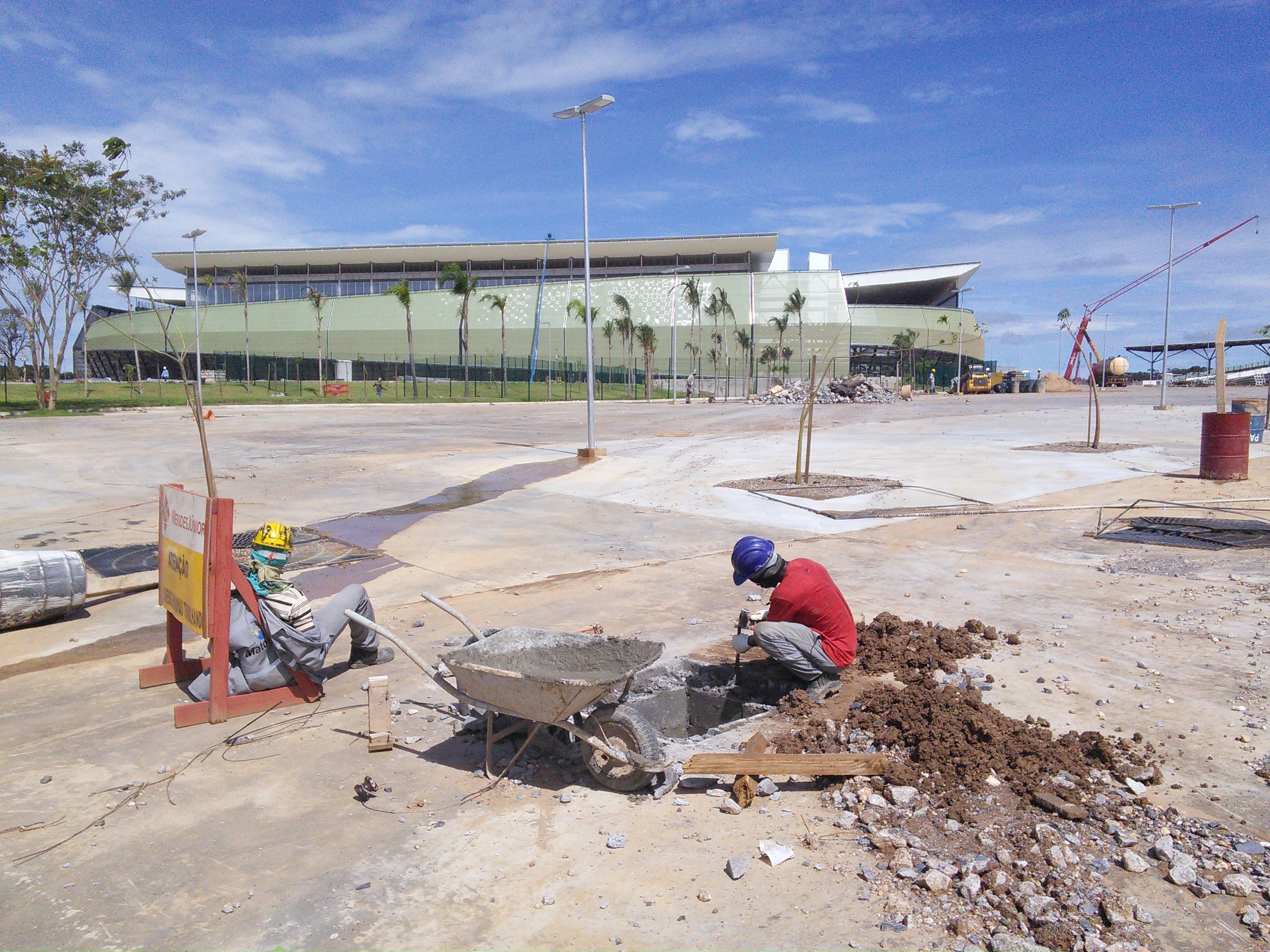 Have the locals made you feel welcome and has the language barrier been an issue?

“I can't thank the Brazilian people enough for the amazing hospitality that they've shown me, it really is on a different level to anything I've experienced before! I've had great success with Couchsurfing, where most of the hosts speak good English, and even in the many places where they don't I get by with basic Portuguese words and phrases that I've learnt as I go along.”

You’ve been allocated tickets to see all the England game at the World Cup finals, fancy our chances?

“My prediction is that we'll sneak through the group in 2nd place, then beat Colombia in Rio in round two, but then lose to Brazil in the quarters, on penalties of course! Spain are favourites for me, and Brazil are certainly capable of winning it if they can handle the huge pressure of expectation here!”

These tickets mean that you’ll be revisiting the Arena Corinthians, Estadio Mineirao and the Arena Amazonia. Which of these grounds are you looking forward to being back at in a more refreshed state?

“All three! I suppose I'm most excited at the prospect of Manaus since that's where I complete my epic journey so will be ready to celebrate, plus what a mad/unique place for England to play football, in the middle of the Amazon jungle!”

“I think it always is, football's a huge part of the culture right across this huge country, and we've just had the State Championship finals on Sunday, so lots of local derbies for silverware!”

Moving onto the cycling element of the journey now, what qualifies as a “Perfect” day of cycling or is there such a thing?

“Predominantly going downhill helps! You can read about such a day on my blog. But really, just a smooth ride with no punctures and the regular beautiful scenery keeps me happy.”

Are you holding out ok? No serious injuries as yet?

“All good thanks, my knees felt a little stiff before Brasilia after a very hilly stint pedalling north from Rio, but with regular stretching and adding more salt to my diet (thanks to my mate Denners for the nutritional advice) I've felt good ever since. No doubt I've become skinnier since I just can't seem to eat enough calories to outdo all those I burn during each day of cycling, but I feel strong so it's no problem.”

Reaching the halfway point must have felt like some breakthrough and must have given you a huge lift. Have you needed to psyche yourself up everyday to get back upon the bike or is it second nature to you now?

“Throughout the #SambaCycle I've just broken it down into daily chunks, ie. where/how far am I going today and how long will that take (are there big hills?!) and then just get on with it, so pretty much second nature after the first few days! Some self I motivation's needed on big climbing days, but in a way I find that easier than flat days which can become boring!”

It shouldn’t be forgotten that this trek is all in aid of multiple charities; Laureus and Watford’s community trust. How much have you raised so far and what will it do for the respective charities?

“I've raised £2.5k so far, which is split 50:50 between the two charities, but I really hope to at least double that as the World Cup draws nearer, media coverage builds and people see how far I've cycled so feel impressed/inspired to donate! Both causes need money to invest in their ongoing project work which changes peoples' lives through sport, particularly giving young people opportunities for personal development, education and social inclusion.”

And finally, what are you most looking forward to when you return home?

“I love living in central London which is especially great in the summer, plus watching Watford FC when the new season kicks off, and of course seeing family and friends again, plus meeting a few babies who've arrived since I've been away!”

Thanks for talking to VAVEL Andy!

What Andy Smith is doing is all for a good cause and that shouldn't be forgotten. All chosen charities have their links displayed in the article and you can donate by clicking here.

Borussia Mönchengladbach: State of the squad - June 2022 7 days ago

Fatigued or not, England's lacklustre performances are becoming a worry 16 days ago