In the past, Gladbach have a marginally better record in this fixture having won seven and drawn five of the sides' 17 Bundesliga meetings to date. A Jonas Hofmann penalty helped tomorrow’s hosts to a 1-1 draw in this fixture back on Matchday 7.

Lucian Favre’s side came crashing down from their Europa League high after they lost to Sevilla, they’re looking to push on from this blip and add to their fifth win in seven league games.

Mainz are currently twelfth in the Bundesliga but they’ve won just once in their last five games, that poor form saw – now - former manager Kasper Hjulmand get sacked from his role which only lasted five or six months. They’ll need to pick up points where they can as they have a tough run in for the relegation battle and the battle itself is hotting up.

There was a boost in the Mainz camp as Julian Baumgartlinger returned to full fitness earlier this week, and will replace Joo-Ho Park in central midfield.

Schalke Loanee Christian Clemens and Jonas Hofmann will fight for a spot to be in Martin Schimidt’s team on the right wing.

Schmidt will however be without Tudor Nedelev, Christoph Moritz and Pierre Bengtsson with Junior Diaz to come in and replace the Swede.

Lucian Favre has a selection dilemma on his hands as Oscar Wendt and Álvaro Domínguez both have a chance of starting at left-back.

Duo Granit Xhaka and Christoph Kramer will probably start in central midfield, with Havard Nordtveit remaining on the bench. The Swede has played fourteen times this season, scoring just one spot.

The selection dilemmas continue as Ibrahima Traoré, Thorgan Hazard and André Hahn all are in for a spot on the wing ahead of Saturday’s huge match in the Foals bid for European football again. 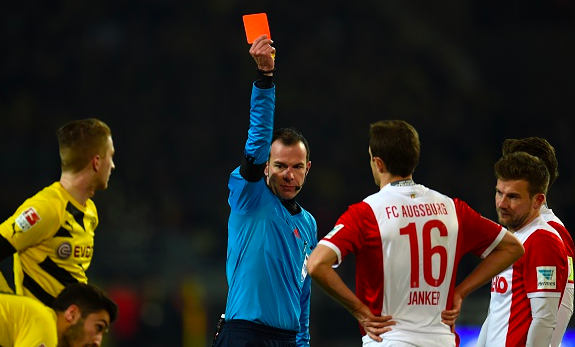 Fritz has officiated seventy-three Bundesliga games, he has yellow carded forty-two and brandished one red card. An interesting stat from Fritz’s refereeing performance this year, in his seventy-three games that he’s officiated, he has awarded eleven penalties.

He last officiated a Gladbach match against Hertha BSC which finished 3-2 to the hosts, in the game Fritz’s cautioned five players and awarded one penalty. He is yet to officiate a Mainz game this season.

Mainz Head Coach Martin Schmidt: "He [Favre] is an outstanding personality, and that he's established himself as a Swiss coach in Germany makes him a role model. If we give it our all, play our own game and have a good day as well, we can take something from the game."

Gladbach Head Coach Lucian Favre: "They'll be very tough opponents. They played very well to beat Frankfurt 3-1 and were very unlucky to lose at Hoffenheim; they could have been two or three up after an hour. I haven't met my colleague [Schmidt] yet but I look forward to getting to know him on Saturday."

Tomorrow’s arena for this game is the Coface Arena: 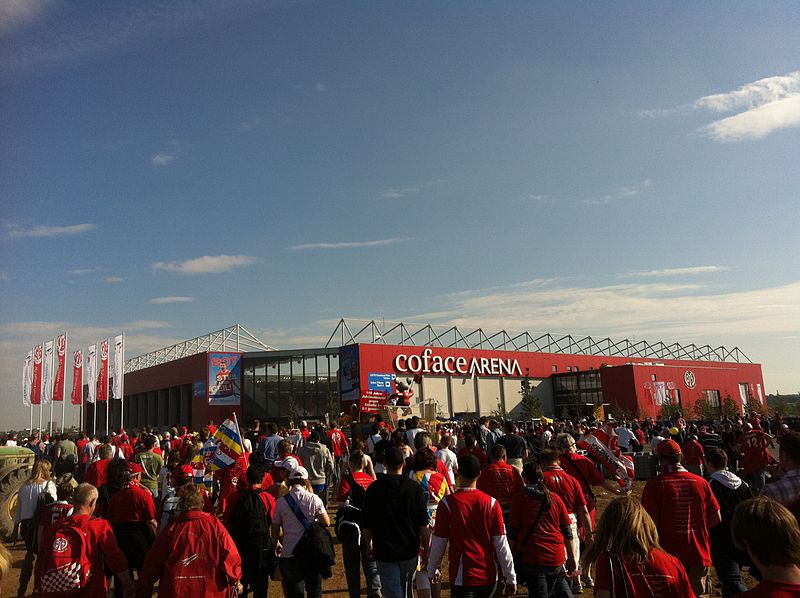 The Coface Arena in Mainz, Rhineland-Palatinate, Germany that was opened in 2011. The stadium has a capacity of 34,034 people.

Freiburg 1-1 Werder Bremen: Honors even at the Schwarzwald-Stadion 5 days ago

Bundesliga: Three things to watch out for ahead of Matchday 4 6 days ago

Borussia Monchengladbach vs Wolfsburg Preview: How to watch, kick-off time, team news, predicted lineups and ones to watch 6 days ago

Freiburg vs Werder Bremen Preview: How to watch, kick off time, team news, predicted lineups, and ones to watch 6 days ago

Bundesliga: Five things we learned from Matchday 2 - Munich and Dortmund both lose 24 days ago