Visa and Coca-Cola called on FIFA to see over an improvement in conditions for migrant workers in Qatar as they build new cities and stadiums in preparation for the 2022 World Cup.

There have been concerns over living conditions for workers as well as labour laws but none from such high-profile, and high-paying to FIFA, companies like Visa and Coca-Cola.

Just two months ago, FIFA president Sepp Blatter told Sheikh Tamin bin Hamad Al Thani that Qatar must improve the conditions of the workers who have traveled into the country for work.

The two statements from Visa and Coca-Cola are likely to put far greater pressure on FIFA then the governing body felt before. The former released this statement on Wednesday:

"We continue to be troubled by the reports coming out of Qatar related to the World Cup and migrant worker conditions. We have expressed our grave concern to FIFA, and urge them to take all necessary actions to work with the appropriate authorities and organizations to remedy this situation and ensure the health and safety of all involved."

According to FIFA financial accounts, Visa and Coca-Cola pay almpst $30,000,000 a year to be two of the main sponspors of the governing body and of all their tournaments.

Yet despite this huge amount of money going into FIFA from the two companies and the bad press from Qatar possibly hurting both Visa and Coca-Cola, neither have threatened to actually pull out of their deal.

Qatar became the first Middle Eastern country to be selected to host it in 2010 as Russia were selected to host the upcoming World Cup in 2018. Their has been huge controversy about possible corruption in Qatar's bid to host one of the biggest events in the World.

Coca-Cola released their own statement on Wednesday, saying it "does not codone human rights abuses."

"We know FIFA is working with Qatari authorities to address questions regarding specific labor and human rights issues," the Atlanta-based soft drinks manufacturer said in a statement. "We expect FIFA to continue taking these matters seriously and to work toward further progress.

"We welcome constructive dialogue on human rights issues, and we will continue to work with many individuals, human rights organizations, sports groups, government officials and others to develop solutions and foster greater respect for human rights in sports and elsewhere."

FIFA responded to two BBC reporters being arrested for filming the workers' living conditions in Qatar by saying it will continue to pressurise Qatar to end the 'kafala' system. The Kafala system is one which ties migrant employers to a sponsporing employer which many rights groups say encourage exploitation and abuse.

"Ultimately, however, sustainable change in the whole country can only be reached in a collective effort with all stakeholders involved, including international companies, and governments," FIFA said.

"FIFA has repeatedly urged publicly, and with the highest authorities in Qatar, that fair working conditions for all workers in Qatar are imperative,"

"Migrant workers have been working for many global companies in Qatar for decades, yet only now is real change happening in their working conditions." they said, explaining how the World Cup has forced Qatar into making changes.

The organisers of the Qatar World Cup are still adamant that not a single death has occured on any of the stadium projects, despite claims from media.

"Our hope is that these standards are extended to serve as a benchmark in the whole country," FIFA added. 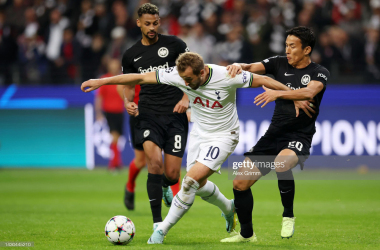 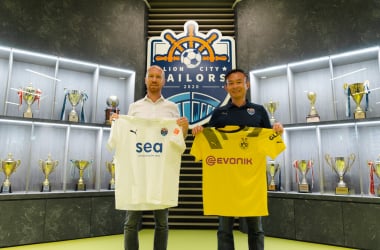 Why Are Spanish Clubs So Dominant In Europe? 14 days ago