After acheving second place in the 2013-14 La Liga season, losing to Atletico Madrid on the final day of the season at home in the Camp Nou, Barcelona were drawn in Group F with defending French champions Paris Saint Germain, Cypriot champions APOEL FC and defending Dutch champions AFC Ajax.

Their first match in the UEFA Champions League at home against APOEL was 1-0 victory, courtesy of a Gerard Pique header for the winner. They then traveled to the Parc de Princes to take on PSG, where despite Lionel Messi and Neymar getting the goals for the Catalan side, David Luiz, Marco Verratti and Blaise Matuidi all scored to give the Parisians a 3-2 victory as Barcelona got their first loss in all competitions this season. That didn't stop the momentum of the Blaugrana as they got three consectutives wins before the match against PSG at home as the ultimate decider for the group winner. A goal from Neymar, Messi and youth product Sandro Ramírez gave them a 3-1 at home against Ajax, a 2-0 on the away match in Amsterdam with a brace from the Argentine, and to wrap it all up, a goal from Luis Suarez and a hat trick by Messi gave him the honor of becoming the outright top scorer in the history of the UEFA Champions League with 74 goals, breaking Raul's record of 73 as they qualified for the Round of 16. 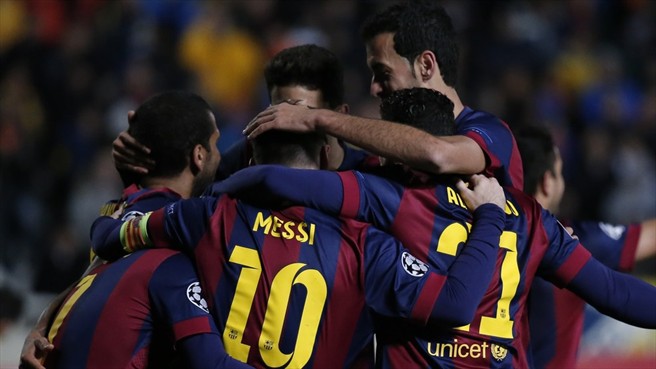 Zlatan Ibrahmovic came back to the Camp Nou where he once played back in the 2009-10, but it was anything short of a homecoming for the Swede. Despite scoring first, goals from the trio of Messi, Neymar and Suarez gave Barcelona the 3-1 victory and secured Group F as winners as they looked into the draw where they would face a familar opponent in the Round of 16.

Yes, Barcelona were drawn against the side they faced and beaten last season in the same knockout phase, the defending Premier League champions: Manchester City. In the first leg of the Ethiad, Luis Suarez's first match in England saw him score a brace against Joe Hart for the first time since the 2014 FIFA World Cup for Uruguay. Despite Manchester City playing with 10 men due to the sending off of Gael Clichy, Sergio Aguero brought back one for the Citizens. A golden chance was given for Barcelona as they were awarded a penalty in the last minute of the match, however Joe Hart saved Messi’s penalty and the Argentine missed an open goal to insure that the second leg is still up for grabs. It was anything short of that though as the Argentine magician had an out of this world performance, with Ivan Rakitic scoring the lone goal at home to qualify Barcelona into the quarterfinals, where they would face a formidable foe yet again. 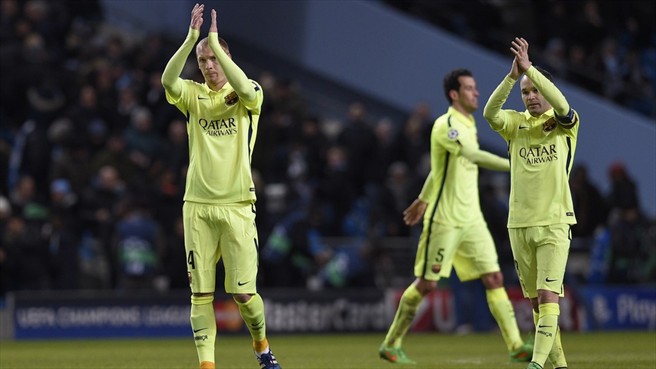 Ibra and co. rematched Barcelona yet again hoping that it would be two matches just as special than it was in the group stages, instead it was easy flowing for the Catalans. A brace for Neymar and a goal for Luis Suarez gave Barcelona a convicing 3-1 victory in Paris. In the return leg, it was all smooth sailing for Barcelona as a brace by Neymar put them into the last four after missing it last season due to the loss againist the eventual finalists Atletico Madrid in the same format. 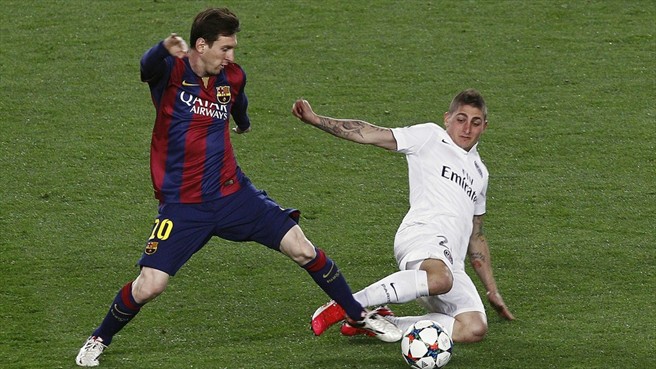 Pep Guardiola took on Barcelona for the first time since leaving the club 3 years ago, after winning 14 titles in four years at the club, the homecoming would be that special though. Instead a magestical performance from the Argentine star, where he scored a brace and made a fool out of Jerome Boatang and a goal from Neymar gave the home side a 3-0 victory over an injury ridden Bayern side. The away leg proved tougher, and despite losing 3-2 in Munich, it wasn't enough of a miracle for the Bavarians to see them out of the tournament as they reached their eighth European Cup final and their first since 2011 where at Wembley, they defeated Manchester United 3-1 to win their fourth UEFA Champions League.

Lionel Messi, who is currently on 77 goals for the most in the Champions League, tied with Cristiano Ronaldo, is also looking to become the all time top scorer and the top scorer of the tournament with 10 goals so far this season, tied with his Portuguese counterpart. 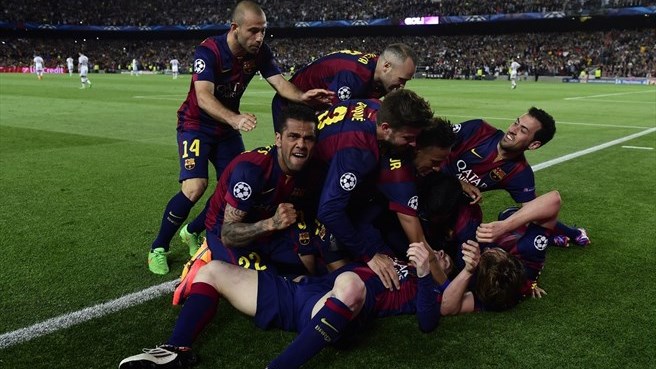 Barcelona 0-0 Atletico Madrid: Neither side make decisive move as advantage shifts to Real in title race 3 months ago

&nbsp;Lionel Messi can be the man to dent Real Madrid's title hopes - while ending El Clasico goal drought 3 months ago