A thrilling Nations League semi-final saw Netherlands defeat England 3-1 after extra-time despite going a goal behind.

Marcus Rashford opened the scoring from the penalty spot after he took advantage of a Matthijs de Ligt error before the Dutch defender made up for his mistake with a second half equaliser.

England thought they had won the contest with minutes left on the clock, only for a Jesse Lingard strike to be correctly overturned by VAR and take the match to extra-time.

Yet the World Cup semi-finalists had looked shaky in defence all night and John Stones was made to pay for delaying on the ball as Netherlands forced a second off the outstretched boot of Kyle Walker.

And just to reinforce the problem of England playing out from the back, Ross Barkley played an awful pass straight to Depay who laid a third on a plate for Quincy Promes.

Surrounded by a hotbed atmosphere under damp conditions, two of the most exciting nations in world football went toe-to-toe for a place in the Nations League final against Portugal.

Whilst Gareth Southgate opted to rest his Champions League stars, the immovable frame of Virgil van Dijk took the armband in the famous bright orange shirt. He was faced by another influential figure in the form of Raheem Sterling who captained England for the first time on his 50th appearance.

The early stages of the contest embodied those two silverware winners as Netherlands set up with a calm and measured van Dijk-esqe approach, stark contrast to an England side looking to pounce on the counter-attack, a-la Sterling.

England looked particularly comfortable when defending deep, restricting Netherlands to a duo of weak efforts when cutting into the penalty area surrounded by a mass of white shirts. Yet the defensive frailties were apparent when they were caught further up the pitch, Harry Maguire enduring a particularly shaky start, masked only by the tuneless touches of Memphis Depay.

Despite a spell of England struggling to escape from their own half, the most telling mistake came at the other end from an improbable source. Touted by many to be even better than van Dijk, Matthijs de Ligt miscontrolled in his own penalty area and lunged in to take down the lingering Marcus Rashford. Despite barely having a kick in the first 31 minutes, the striker picked himself up to cooly slot England into the lead from 12 yards.

As Netherlands looked to issue a response with Ryan Babel sending Jordan Pickford sprawling, chants of 'football's coming home' echoed around Guimaraes. How we want England fans to be remembered on their travels.

De Ligt was beginning to tread water for the first time since he faced a certain English club just a few weeks ago. Jadon Sancho clipped the ball between the Ajax defender's legs before sliding through Rashford, only thwarted by a last-ditch challenge from Denzel Dumfries that would ultimately end the striker's evening come half-time.

A key figurehead in the World Cup campaign last summer, England looked strong with their offensive set-pieces. After Maguire proved a threat in the opening minutes, Fabian Delph slammed a well-worked free-kick into the arms of Jasper Cillessen.

As the Portuguese sun started to set, the Dutch formulated their best opening with the final touch of the half as de Ligt headed wide after escaping the attentions of John Stones.

Chances for either side

Despite Declan Rice and Delph completing all 31 passes between them in the opening 45 minutes, England needed to pin more of a foothold in the engine room, emphasised by captain Sterling touching the ball just eight times. Yet the only change at the break came up front where Harry Kane replaced the stricken Rashford.

However, it was England who undoubtedly started the second half on the front foot and should have doubled their advantage just minutes after the restart. Delph lofted a cross over the Dutch central defenders but Sancho could only guide his free header straight at Cillessen.

England were almost made to pay just seconds later as more kamikaze defending threatened to derail their final hopes. Kyle Walker lost the ball in a central position to Depay who drove forward but could only fire his effort straight at Pickford.

The game settled into a rhythm of attack versus defence as England looked to dig in and withstand the probing passing of the orange waves. Yet England still possessed that set-piece threat as Stones guided a Ben Chilwell free-kick wide.

De Ligt equalises before Lingard has goal chalked off

At the other end, there was no doubting that the pressure was growing a-la Croatia 11 months ago. Substitute Quincy Promes saw a deflected effort fly just wide before Netherlands eventually made England pay for sitting back. De Ligt, atoning for his earlier error, climbed above both Walker and Stones to head Netherlands level from a corner.

Despite Jordan Henderson coming on as an attempt to shore up England in the middle of the pitch, arguably five minutes too late, the white lines were cut open far too easily as Donny van de Beek volleyed over on the stretch. England were well and truly on the ropes, until...

With 83 minutes on the clock, England were celebrating what they thought was the winner. A neat flick from the relatively absent Sterling allowed Henderson to weight a delightful through ball to fellow substitute Jesse Lingard. The attacking midfielder picked his spot to fire home, only for a lengthy VAR check to chalk off the goal for offside.

Immediately down the other end, VAR scrubbed off a penalty appeal from the Dutch, overshadowing a complete miscue from Steven Bergwijn that should have given his side the lead. Harry Kane then fired wide as the last few minutes of normal time ignited the tie.

With seven additional minutes on the board, Lingard continued to have an impact as England pushed forward. Finding space between the lines, he couldn't wrap his foot around the ball to guide England into the final. Moments later, Maguire was dispossessed on the byline by Bergwijn but Depay struggled to keep his balance in a favourable position as he curled his effort wide.

There was no settling for extra-time as both sides took it in turns to attack. The next opportunity was manufactured by Sterling, a winding effort dipping just over. But the deadlock could not be broken as we headed to extra-time...

The goalmouth action was evident immediately again as van Dijk saw a towering header cleared off the line by Kane. Depay then powered a free-kick straight at Pickford.

Then came the English self-destruction, as they had threatened to do all night.

John Stones circled around himself before Depay stole the ball off him, only to be thwarted by an outstanding Pickford stop. But the rebound was met by Promes and his effort was deflected by Walker over the onrushing Pickford and into the back of the net. A terrible error by Stones.

As England struggled to recover, the Dutch smelt blood. A diving Depay header was stopped by a fine reaction save before van Dijk was again blocked by Kane on the far post.

And then came an even worse blunder as Ross Barkley passed the ball straight to Depay who clipped it over to Promes to kill the contest.

International midfield play is more than recycling the ball

Delph and Rice completed 64 of their 68 passes in the opening 90 minutes but England were on the back foot for the majority of the contest. As much as their play was neat and tidy, they need to learn to show for the ball and relieve pressure.

That pressure caused major issues for England in their own half. They were dispossessed no less than 11 times in the first 65 minutes as they struggled to work through the transitions. It was no surprise that similar errors formulated the two Dutch extra-time goals.

The Dutch had opportunities to kill off this contest in normal time. However, out of 19 shots, not one went towards either top corner as they showed a lack of a clinical edge in the penalty area. 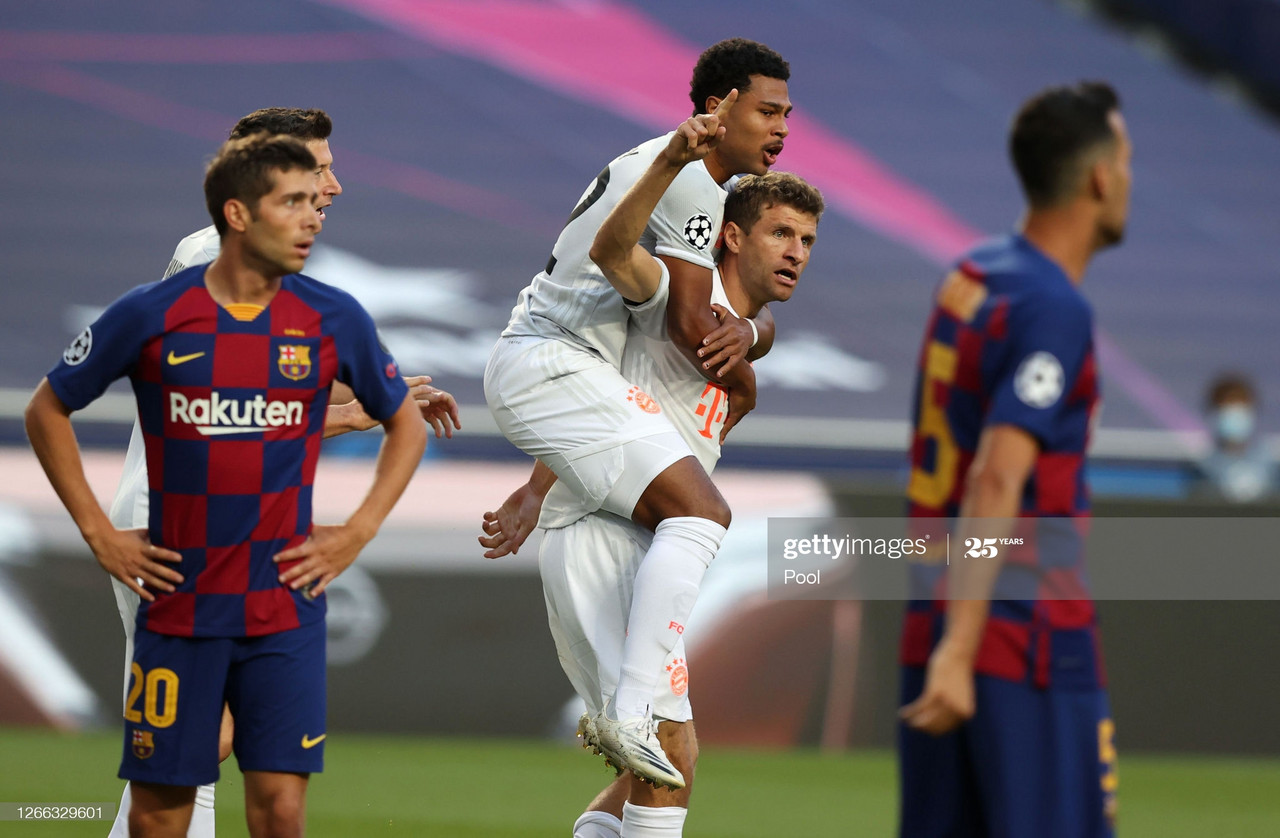 FC Barcelona vs Bayern Munich: Two of Europe's elite face off in the quarterfinals of the Champions League2 days ago 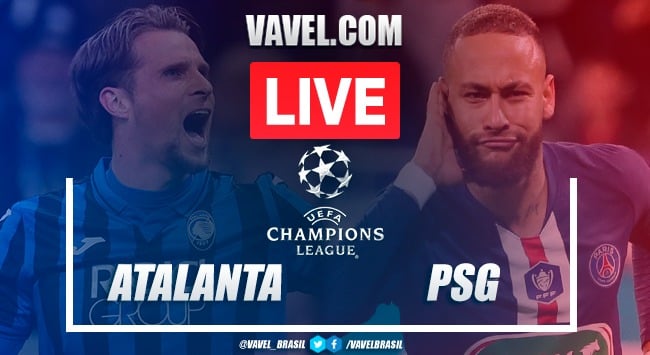 Martin Odegaard's future to be decided by Real Madrid3 days ago

Valencia keen on bringing in Keita Balde4 days ago

As it happened: Man Utd progress to semi-finals thanks to Fernandes penalty5 days ago

As it happened: Barcelona 3-1 Napoli in Champions League 20207 days ago

As it happened: Manchester City 2-1 Real Madrid in Champions League8 days ago