On this day in 1992, Ayrton Senna managed to hold off a superior Williams of Nigel Mansell to win the Monaco Grand Prix.

In a race which legendary commentator Murray Walker called one of the ''best ever'' in an interview with the BBC in 2009, Mansell led all race, up until lap 70 when he had to pit due to a supposed puncture. Senna assumed the lead and held it, Mansell was breathing down his neck for the final three laps but couldn’t find a way past the enigmatic Brazilian.

Mansell in his revolutionary Williams FW14B had won the previous five races in succession, and already had a commanding championship lead coming into the 'jewel in the crown' that is Monaco. However Senna was something of an expert round the principality, having won four times already, the McLaren man qualified third behind the Williams pair of Mansell and Riccardo Patrese. 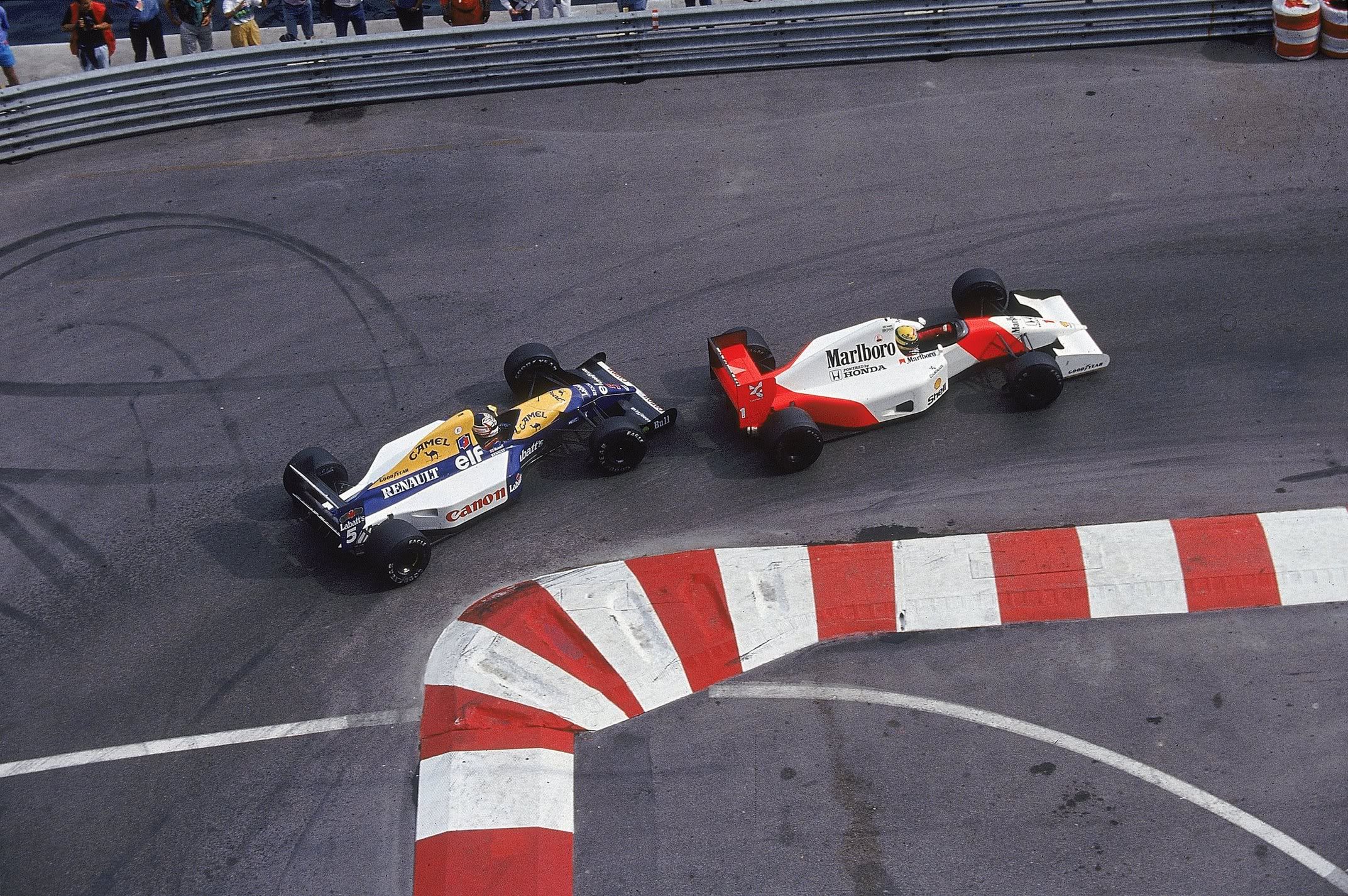 Senna dispatched of Patrese at Sainte Devote, while the first crash of the afternoon came when Pierluigi Martini parked his car in the barrier at Mirabeau. The Monaco Grand Prix was the only time that the ill-fated Andrea Moda team qualified for a race, with Roberto Moreno finishing three hundredths of a second faster than Eric Van Der Poele in the Brabham to secure a spot on the grid. However his efforts were wasted when on lap 11 he had to retire due to problems with his Judd engine.

This is a day Moreno looks back on fondly, in an interview in 2011, he said: “In Monaco you always get the best times in the final laps, but I put the car 11th in the first twenty minutes, that was all the laps I could do. Coming into the pits, every team was out in the pits clapping at me, and that will stay in my memory forever. Suzuka 1990 was obviously a great memory, but in achievements? Qualifying an Andrea Moda is up there as well.”

The next big incident came a lap later when a young Michael Schumacher attempted to overtake the Ferrari of Jean Alesi at the Loews hairpin, only for the pair to collide. The Frenchman’s Ferrari was damaged and would eventually retire. Schumacher however would go on to finish his debut Monaco Grand Prix in fourth for Benetton.

On lap 60 veteran Michele Alboreto span his Footwork Honda into the path of Senna’s McLaren. Had it not been for the Brazilian’s dexterity he could have hit the Italian. However Senna lost ten seconds making his way around him. It wasn’t a good day for Ferrari as Ivan Capelli span at the Casino Square, this had damaged his steering so much he lost control and managed to park his car at a 45 degree angle at La Rascasse (below). 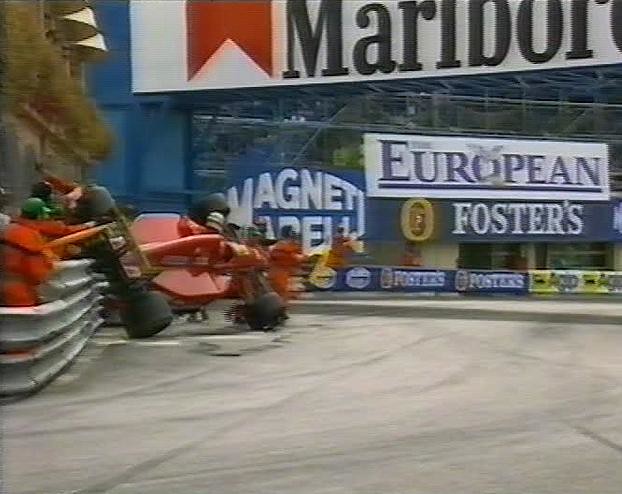 On lap 70, Mansell was nearing his sixth win out of six in 1992, that was until he had to pit for new tyres due to a supposed puncture. When asked about it the Englishman said: "Coming into the tunnel I almost lost it, the back end just went down and I knew immediately I had picked up an instant puncture. The problem was I was halfway from the pits. So I had to drive so slowly to get to the pits. The car's brakes weren't working because I was only on three wheels. I think I lost 10–15 seconds just getting it back to the pits."

“As I came out of the pit I saw Ayrton go by, and I knew then that the race was probably lost, but as you can see from the last 10 laps we gave it everything we could and more and his car was just too wide to get past.”

He pitted and Senna assumed the lead, however Mansell was on fire, cutting down Senna’s lead from 5.2 seconds to 1.9 in just two laps. It was clear Williams were quicker and soon Mansell was all over the back of the McLaren. In what was tense and exciting racing by the two legendary drivers, Mansell tried time and again to get past his long standing adversary but Senna prevailed to win his fifth Monaco Grand Prix, equalling Graham Hill’s record. After the race Mansell was full of praise for his rival: “I must compliment Ayrton because he pretty well second guessed every move I tried to do and he was very fair and he is entitled to do what he did and I think he drove fantastic and that's why he won the race I came a close second.”

Patrese drove a quiet race and at the scene of his first ever race win a decade earlier, the Williams man rounded off the podium. Next were Benetton pair Michael Schumacher and Sky Sports F1 pundit Martin Brundle. Bertrand Gachot in the Larousse rounded off the points in what has since been described as one of the most thrilling ends to a race in Formula One history.

2021 French GP FP3 - Verstappen tops final session of the day, ahead of Bottas and Sainz 3 months ago

2021 French GP Preview - Can Lewis Hamilton claw back the gap on Verstappen? 3 months ago

2021 Azerbaijan Grand Prix - Charles Leclerc gets back to back poles in a chaos-filled qualifying session&amp;nbsp; 4 months ago