She once was a rising star in gymnastics that was destined to win many gold medals for Russia.

Now, after a series of unfortunate events, she is a competitor for a former Soviet country that is underfunded and never won an Olympic medal.

The story of Anna Pavlova may perhaps be the most unfortunate story in modern gymnastics history. It starts in 2000, when Pavlova dazzled many for the first time at the Junior European Championships. She was only 13 at the time, but Pavlova showed many that she could be a future leader of the Russian gymnastics team by winning the gold medal on the uneven bars. She would be too young to compete as a senior for the national team, but in 2002 she won the Russian National Championships against gymnasts with far more experience than her, and proved to be the best junior gymnast in the world until she joined the ranks of a senior in 2003.

Her first major competition as a senior would be the 2003 World Championships. The Russian team, hampered by injuries and lack of big name gymnasts, finished sixth in the team event, but Pavlova qualified for the all-around finals. At the event, Pavlova showed that she had the skills to be one of the best in the world, but mistakes at critical times prevented her from winning a medal. Her mistakes were chalked up to her inexperience, and most figured she would come back stronger than ever as she competed more on the international stage.

2004 was a critical year for Russian gymnastics. It was an Olympic year, and it would be the final year of competition for Svetlana Khorkina, who had been with the national team since 1994 and, after two straight silver medals in the team event at the Olympics, was hoping to lead Russia to a gold medal before her retirement. Pavlova was seen as the heir to Khorkina’s throne. Not only would the team of Pavlova and Khorkina break Russia’s goldless streak, but Pavlova would take the mantle as Russia’s best gymnast for years after that.

Russia entered the 2004 Olympic Games in Athens with a stacked team. Khorkina won her third all-around World Championship the year prior. Elena Zamolodchikova, also a member of the 2000 Olympic team, was the reigning gold medalist in the vault and floor exercise, and she was considered the best vault gymnast in the world. Added to that was Pavlova, who was quickly developing into a big name gymnast. Khorkina was considered a big favorite to finally win the all-around gold medal, and Russia was expected to compete against the United States for team gold.

Athens was a mixed bag for Russian gymnastics. They were able to make the podium, but stumbles by both the Russians and the Americans allowed for Romania to upset them both and take home the gold medal. Pavlova performed very well in the all-around final, but in a controversial decision, Pavlova was inched out by Chinese gymnast Zhang Nan for the bronze medal. Pavlova also had to sit and watch as Khorkina narrowly lost her gold medal to American Carly Patterson. Pavlova was able to win a bronze medal on the vault, but Athens felt like a disappointment for many Russians.

Most of the Russian national team, including Khorkina, retired following the 2004 Olympics, so Pavlova became the leader the team. Russia had a hard time replacing several members of the national team, and the pressure seemed to cause Pavlova some hardships. The team failed to medal at any major event in 2005, though Pavlova herself made strides to becoming a top gymnast as she walked out of the 2005 European Championships with five individual medals, including silver in the all-around. The team began to improve during the 2006 season, where it won a bronze medal at the World Championships.

Only one word could describe the 2008 Olympics in Beijing for the Russian gymnastics team – disaster. For the first time since the fall of the Soviet Union, Russia was unable to win a medal in the team event. Slight stumbles in the all-around final prevented Pavlova from making it onto the podium in that event. Her greatest disappointment, however, occurred in the event finals. During the vault finals, of which Pavlova was a favorite to at least make the podium, she started her routine prior to receiving a green light from the judges and was assessed a 0 score. Still emotionally distraught, Pavlova struggled to get through the floor exercise finals and finished well back of the podium. On the balance beam, another event where Pavlova was a favorite, she performed well, but had to watch as Shawn Johnson, Nastia Liukin, and Cheng Fei all outperformed her, knocking her from the podium. Russia failed to win a single medal at the 2008 Olympics.

2008 would continue to be a terrible year for Pavlova, as she tore two ligaments in her knee during the DTB World Cup. Pavlova required surgery, and she initially feared her career was over. Pavlova said during her rehab "I hope, of course, that I’ll be able to return to gymnastics, but I don’t have full confidence in that yet."

Unfortunately for Pavlova, as she began to rehab her injury, top junior gymnasts entered the ranks of senior competition and began competing for the national team. Gymnasts such as Aliya Mustafina and Viktoria Komova began competing in international competitions while Pavlova attempted to return to competition. Pavlova returned to competition at the Russian Nationals in 2010. Sporting a heavily bandaged knee, Pavlova was only able to finish 10th. She competed for Russia in a few minor events throughout 2011, and was performing well at these events, but Russia would not give her another opportunity to make the national team. Despite being the best gymnast in Russia on the vault, and finishing second in the all-around in 2011 and 5th in the 2012 National Championships, Pavlova’s time representing Russia was over.

Pavlova was at the crossroads of her life and her career as Russia moved on without her. She felt as if she still had more to give as a gymnast, and that Russian gymnastics had not forgiven her for her mistake at the 2008 Olympics. Pavlova has also been vocally opposed to political influences on the team, and after Russia went to the 2012 Olympics in London without Pavlova, she began to look for an opportunity to compete for another nation. In a 2013 interview with Sportsbox, Pavlova seemed to suggest that other countries began to approach her when she was left off as an alternation for Russia’s team.

"The decision to move to another team appeared quite recently. I was training hard, competing, I was trying hard, but despite my results I have provided during the selection competitions for the past several years, I haven’t been included even into the reserve for the Russian National team, not mentioning the selection for the international competitions."

In 2013, the country of Azerbaijan announced that it was planning on rebuilding their women’s gymnastics team in advance of them hosting the European Games in 2015. Azerbaijan had a rich men’s gymnastics history, but they had not fielded a women’s gymnastics team in 17 years. The immediately recruited three former Russian gymnasts, and made the offer for Pavlova to join, as well. The call was not just for Pavlova to join the team, but for her mother, Natalia, to become the coach of the team, as well. Pavlova accepted, and began competing for Azerbaijan at the end of 2013.

Entering the 2014 season, Pavlova was quick to lower expectations for the team. It would be the first year the team competed in international events, and Pavlova herself hadn’t competed in a major international competition since the 2008 Olympics. Prior to the 2014 European Championship in Bulgaria, Pavlova said “Everything is completely different now, especially since there was a big break between the big competitions. It is these breaks that affect me even more so than the change of nationality."

Despite the lowered expectations, Pavlova dazzled the crowd and won Azerbaijan’s first ever medal at the 2014 European Championships when she won a silver on the vault. She struggled at the World Championships, but her European Championship medal gave her and her new country hope that Pavlova could become an Olympic contender once more. She would continue to improve on her individual events, and she would win a medal in every event at the 2014 Voronin Cup.

Bad luck would strike Pavlova once again, as she injured her elbow training for her European Championship defense in 2015. She has sat out the entire 2015 season, which is not something a 28 year old gymnast wishes to do. Still, she is currently listed on Azerbaijan’s World Championship roster, and the hope is that her health will improve and she will get better prior to the 2016 Olympics. Pavlova wants to be quick to note that she is not looking towards 2016, and that her health is her immediate concern.

“I do not want to make any predictions about Rio Olympics, the most important thing is that I have to maintain good health.” She said in an interview back in May.

Pavlova has had all of the talent of a world class gymnast, but injuries, bad luck, pressure, and internal politics have caused turned Pavlova from a great gymnast to a tragic figure. Pavlova, however, does not wish to dwell on these misfortunes.

“Just keep my head up and go on.” She said when asked how she deals with bad luck.

Pavlova may never win her all-around Olympic medal, but the gymnastics world would love nothing more than to see Pavlova get one more shot. It may happen at Rio, but for Pavlova, she is not ready to declare that her career will be over after 2016. “I do not set any age limits on myself” Pavlova said when asked how long she would compete. Pavlova will be 29 when the Olympics head to Rio.

If Pavlova is healthy enough to compete at the World Championships in Scotland, she will be a huge underdog to gymnasts who are younger, healthier, and more accomplished than she is. As she has shown in 2014, however, Pavlova is able to pull off a major upset. Still, even if she is not in contention for a medal, just the joy of seeing Pavlova compete at the highest level even after all of the unfortunate circumstances that surrounded her career will be a victory for gymnastics fans around the world. 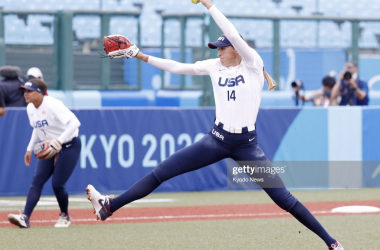 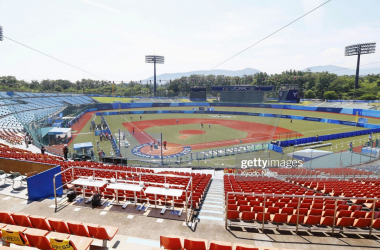