Confusion and anger filled the octagon when Gegard Mousasi's hand was raised in victory.

Controversy in the UFC

Perhaps one of the more controversial endings to a UFC match, Mousasi secured a win against Chris Weidman in the second round with 3:13 left on the clock. Much like Weidman and Mousasi, the crowd at KeyBank Center was in shock follow referee Dan Miragliotta's decision to halt the fight.

Mousasi gripped Weidman by the chest and wound up for two powerful knees to the head. Miragliotta stopped the fight declaring Mousasi landed an illegal knee. For the purpose of detail, any fighter with two hands on the mat cannot be struck by a knee under any circumstances, which led to a strange turn of events.

The issue here is the New York State Athletic Commission doesn't allow the use of replay in fights, and Miragliotta's decision to view the replay changed the course of the fight altogether. Weidman said he was able to fight on, but the doctors appeared to think otherwise. There was a brief pause in which Weidman paced around the ring waiting for the fight to go on.

Moments after leaving the ring, Miragliotta returned and waved off the fight.

Mousasi's team approached him in celebration but were waved off abruptly. He denied his team from raising his nation's flag and motioned them to clear the octagon. Granted, Mousasi was likely going to win the fight regardless, but the result was disappointing nonetheless. The good news: Weidman will likely get another chance to redeem himself.

"He can have his rematch no problem," Mousasi said following his TKO victory. "I was ready to continue to fight."

Weidman will, reportedly, appeal his loss to Mousasi and, expectedly, wants another shot with Mousasi very soon. 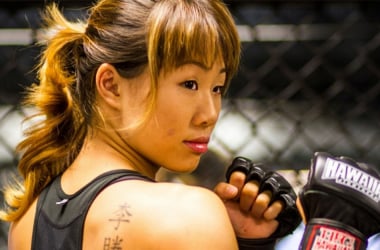