On Sunday October 27, NXT wrestler Jordan Myles made the following tweet: “I will keep posting this till my voice is heard. I’m not sorry for anything I say or do. Representation is important. If this is @VinceMcMahon & @TripleH “vision” of me then this is a slap in the face to EVERY African American performer, fan, and supporter."

Accompanying this tweet was a picture of a shirt. Upon first glance, this looks like a normal shirt doesn't it? If you thought yes, therein lies the problem. 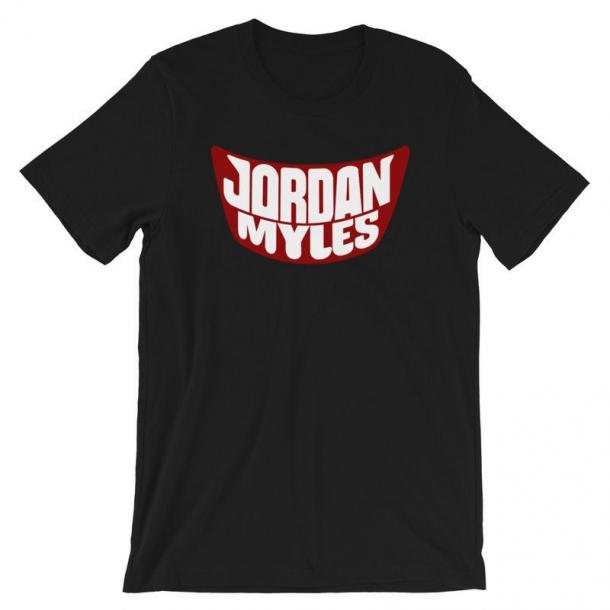 What's wrong with this shirt is the fact that it is very reminiscent of the practice of blackface. Blackface is a type of make-up worn non-black performers that was used in theatrical performances known as minstrel shows. It originated in America during the 19th century with no exact origin. Blackface was and is still used to portray African-Americans negatively for the sake of entertainment with the use of stereotypes.

Blackface created the stereotype that African-Americans are nothing but red lipped, smiling idiots with charcoal colored skin. This is why Jordan Myles has a problem with the shirt. Stereotypes do nothing but dehumanize the group of people they are meant to represent. When that particular group is dehumanized, they will be seen as just the stereotype and not as a person.

Myles is an African-American wrestler in the WWE. I haven’t seen much of his work in WWE since he has not been on television much but from what I have seen, his gimmick is that he does a lot of flips and smiles a lot. WWE has a long history of stereotyping African-Americans as people that love to smile and sometimes dance. Apollo Crews is a very talented African-American wrestler whose entire character is that he’s a guy who smiles. All three members of the New Day are African-American and what do they do every time they come out in front of the crowd? Smile and dance. When Bobby Lashley returned WWE, he basically did nothing but smile.

I could go on about the many other African-American wrestlers from WWE’s past whose gimmick revolved around dancing and or smiling but I would be here all day. My point is Myles realized the damage that stereotypes can do and wanted this shirt design to be changed. According to him, the shirt design was shown to him on a white t-shirt instead of a black one. He also mentioned that Triple H wanted more teeth in the design or something of that nature (I would post the tweets in which he said these things but he deleted them shortly after they were posted.)

I have to question Triple H’s comment here as it comes off as ignorant and slightly racist. WWE and Triple H himself are no stranger to blackface as it has been used in the company before. Roddy Piper wore blackface during his feud with Bad News Brown, an African-American wrestler. Piper also made some pretty racist comments when he referenced Brown having "bugging eyes" and a "wide nose."

This isn't the only time blackface was used by WWE. In the late 90s, the faction of D-Generation X dressed in blackface to mock a group of African-American wrestlers known as The Nation. Who was the leader of DX you might ask? Triple H of course. This wasn’t the last time he was involved with something racist in ring. Wrestling fans are very familiar with his feud with African American wrestler Booker T. During the feud, he tells Booker that “People like him don’t win championships.”

Of course in the end of the feud, Booker did not win the championship because it made sense for the racist white guy to win. WWE has a pattern of racism and I applaud Jordan Myles for speaking out against it as no one else has done so while being employed by WWE. The only thing I disagree with him on is dragging Jay Lethal’s name into this situation and insulting him.

I don’t know what the relationship is between these two is but when Myles called Lethal an “Uncle Tom” on Twitter, he gave his detractors a reason to discredit his entire argument. It does not look good when you complain about racism in your company and say “they don’t care about black people” before deciding to insult a well, respected African-American wrestler like Jay Lethal. Even if Myles is right about what he said, then he should have saved that comment for another time. As a black wrestling fan, this whole situation is disappointing to me as it is proof that things will not change in regards to racism in WWE or wrestling fan communities. Part of me believes that maybe this situation will finally be the one that causes the change that is desperately needed but realistically it won’t happen. If Myles continues to speak out on this issue, I would hope that he does a better job at doing so than he already is.

Is an Iconic WWE Star Making His Return at the Royal Rumble?7 months ago

CM Punk Has Finally Returned to WWE...Technically 9 months ago

AEW's First Go Home Show Did Not Disappoint9 months ago

WWE May Have Saved Bray Wyatt From Failure9 months ago