LaMelo Ball's success in the NBL isn't shocking news for a lot of people, and that included his father LaVar Ball, who addressed the media to talk about Melo's development.

After dropping out from Chino Hills HS and going pro in Lithuania for 6 months, the youngest of the Ball Brothers became the face of the JBA, a league made by his own dad for the players that did not want to go to the NCAA.

'Melo' became the champion with the Los Angeles Ballers alongside his brother, LiAngelo. After winning the JBA title, LaMelo went overseas with the 'JBA Team USA', where they played against professional teams all over Europe. 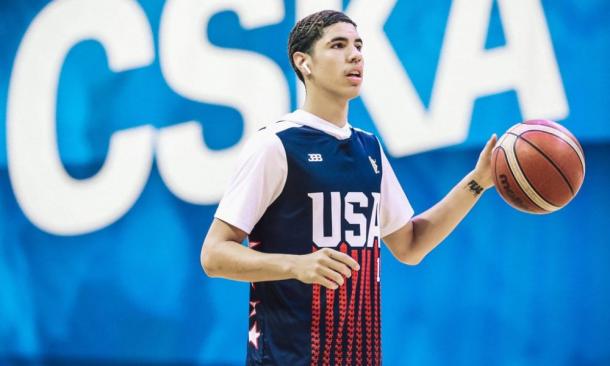 LaVar, really thinks that his journey in the JBA prepared the 18-year-old for what he's doing in Australia at the moment.

“I had a league called the JBA, which … I primed him to do like this. We played in different countries, against older guys, so this is nothing new when I see him get these triple-doubles now. He was doing that in my league but people was throwing that to the side ‘cause they said, ‘Oh, he’s playing for his dad. It don’t count.”

LaMelo Ball is expected to be one of the top picks in the coming nBA Draft. The Chino Hills made is averaging 17 points, 7 assists and 7.5 rebounds per game with the Illawarra Hawks this season.

How Much Does Jamal Murray Injury Impact the Denver Nuggets? 5 days ago

Ben McLemore's Impact on the Lakers 7 days ago

Isaiah Thomas Will Wear No.24 to Honor Kobe Bryant 16 days ago

Paschall Out 2 Weeks 17 days ago

Hart Out Some Time 17 days ago

Luka Doncic Has Been Having a Great Season 20 days ago
//