​​​​​The potential number one pick in the coming NBA Draft has been sidelined for a month now due a foot injury. Nevertheless, LaMelo Ball has been catching up with media from NBA Australia, who asked him about his music taste.

During the interview, 'Melo' was questioned about his current top 5 rappers in the game, since he is always using headphones during the pregame warmups. 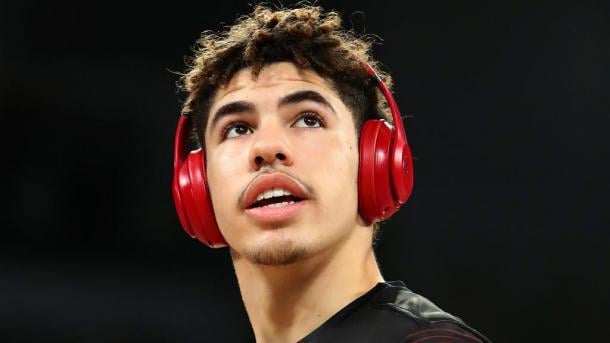 At first he laughed, but after a couple of seconds of deep thinking, the 18 year-old came up with his list, which is a fair one considering that some of the artists that he mentions have dropped an album in the last couple of months.

''It's hard but the ones I'm listening the most right now are Roddy Ricch, Lil Durk, Meek Mill, Baby Smoove, and I guess I gotta go with Drake, he's in everyone's list for sure.''

LaMelo's older brother, Lonzo, has also been know for trying an artistic career aside from the NBA, and 'Melo' revealed that he's listened to him before games previously but not recently.

''I've listened to him before, but not recently or anything like that.''

Before finishing, the Chino Hills made confirmed that he is not planning on making a guess verse in one of Zo's songs, considering that his other brother, LiAngelo, has featured in one of Lonzo's records before.