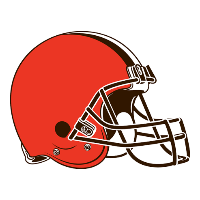 In a record-breaking rushing game, the Baltimore Ravens and Cleveland Browns saw both teams rush for more than four touchdowns in a single game for the first time in NFL history. Lamar Jackson ran for 124 yards and two touchdowns, but it was Justin Tucker kicked the game-winning field goal before the Browns conceded a last-second safety to give the Ravens a 47-42 victory.

The Browns came out and hit the Ravens in the mouth. A ten-play 75-yard punch on the jaw to draw first blood, as Nick Chubb runs in for a seven-yard touchdown. The good thing for the Browns, Mayfield was almost perfect, trickery and running diversity. Everything head coach Kevin Stefanski has made these Browns about was on show in the first drive.

Lamar Jackson put the Browns on notice to remember he is the reigning MVP as Jackson ran for 31 yards and a touchdown on the opening drive. Three times the QB's speed and agility provided the Ravens much needed first down yardage.  With Jackson's speed, it was impossible to guard him correctly.

The Browns tried different passing and rushing plays, but for the last drive in the first quarter, it was the Ravens that clipped their wings as two pass interference penalties gave the Browns 29 extra yards leaving the ball in the Redzone as time trickles away.

Lamar's magic comes but once a quarter

As the second quarter began, Cody Parkey missed the 38-yard field goal as Mayfield and his offence set up. Things got worse for the Ravens as they went three and out with Jackson getting sacked twice.

The Browns thought they could take advantage, but after two drops by Rashard Higgins, the Browns punted too.

The Ravens didn't repeat their errors as Jackson left the Browns defenders for dust. In the eight-play drive, three were Jackson running, and one was Jackson passing. The Browns did not have an answer for the elusive QB, or a solution for Gus Edwards, the third-year running back grabbed his fourth touchdown of the season with a 19-yard rush into the end zone.

The Browns now knew they could not stay down in this game as it turned more and more into an offence slug match. So Mayfield kept doing what he was doing and threw a 37-yard lofted ball to Donavon Peoples-Jones. With that, the Browns were in the red-zone. Nick Chubb had two bites of the cherry and found his line to run in for the tie score from 14 yards out.

Jackson was either looking like a speed-skater or Bambi. The reigning MVP slipped three times and got sacked another one to go three and out.

The Browns think they had a real chance with a two-minute drill but after an intentional grounding call and an offensive pass interference, the Browns punted. Mayfield had some heated words with the officiating team about those penalties.

On his fifth throw of the game, and third and 10; Lamar Jackson escaped three tackles and bombed a dime to Mark Andrews for 39 yards and on the next play Jackson, ran for 17 yards for his second score and Baltimore's third.

The Browns stutter as the Ravens rise

The third quarter started as the second ended, Lamar Jackson, running riot on the Browns defence. The dual-threat quarterback ran for 44 yards before letting his running back Gus Edwards run in for his second touchdown of the day.

The Browns did not stay out of touch for long as Mayfield connected with Kareem Hunt for 26 yards before allowing his running back two to get the score from a five-yard rush. Parkey missed his second kick, and the Browns were now down four points due to their kicker.

Lamar Jackson and the Ravens tried to get more points to further cement the lead and make it a three-score game. The Browns defence stuffed the first few runs, so Jackson, who has been struggling to pass all year aired the ball out and to no real avail apart from connects to his safety blanket tight end Mark Andrews.

Mayfield ruined his 187 passing streak without an interception on his first throw. Tyus Bowser grabbed the intended pass for Landry with one hand. The Ravens capitalized immediately with J.K Dobbins walking in the one-yard touchdown. The extra point by Justin Tucker was blocked keeping it a two-score game.

With the quarter and the Browns time ending, Mayfield and Stefanski went for a bit of pace and speed in time by going for it on fourth down and converting to Jarvis Landry. The Browns then went deep and challenge the fact the Ravens had more than the allowed men on the field. The challenge succeeded and Hunt moved the Browns into the red zone.

Superman Showed up right on time.

Again the Browns go for it on fourth down and convert. This time it was for six as Mayfield throws a 21-yard bolt on the run to Rashard Higgins. Higgins' third touchdown of the year. The Browns went for two and a deflected catch by People-Jones leaving the Browns needing six. Those four left on the board must hurt.

Lamar Jackson is out. Trace McSorley is in with Lamar feeling cramps in his lower legs. With the backup QB, in the Ravens go three and out due to Marquise 'Hollywood' Brown dropping a clean 12-yard pass.

The Browns hearing Jackson is out, get a new fire and put together a vintage Browns drive with a mixture of throwing of running and throwing. Mayfield, feeling himself runs in for the touchdown. The Browns go-ahead for the first time since the first quarter.

Jackson was still absent with four minutes to go as the Ravens and McSorley looked to produce a winning drive to break Brown hearts. McSorley goes down with a suspected knee injury and out came hobbling Lamar Jackson. Jackson comes in and lofts it to Marquise Brown who runs it home for a touchdown. The Ravens get the two-point conversion, and the Browns now need eight to win in 1.56.

Mayfield and company have a two-minute drill to get eight points and win the game. It takes the former Heisman trophy winner four plays and 47 seconds to make it happen. Mayfield gave it to Hunt and the superstar runs 16 yards after the shovel pass.  The Browns kick the extra point with 64 seconds left. They were giving the ball back to the Ravens.

Lamar Jackson takes six plays and a minute to take into field goal range. Now the Ravens have the best field goal kicker in the NFL, Justin Tucker. Tucker does not miss from anywhere inside 50 yards. Jackson has placed him on the 45-yard line. Tucker kicks it through with two seconds left.

The Browns try a series of lateral passes which end up in a safety with their two seconds left.