We hope you liked the broadcast, soon we will bring you more news and sports results on VAVEL.
8:49 PM9 months ago

The last of the match

CeeDee Lamb increased the Cowboys advantage when everything seemed to be over, so he escaped to the end zone.

Andy Dalton finished the game with his knee to the ground.
The Cowboys won and everything will be defined in week 17.

Lamb was able to finish the game but opened up; the Eagles defense and with a 19-yard carry got the TD.

The kick is good by Zuerlein and gets the extra point.

Smith's Fumble that ends up recovering Brown and the Dallas team will have a new offensive series.
8:15 PM9 months ago

Hurts missed the pass and Brown intercepted, so the Cowboys are close to winning it.
8:11 PM9 months ago

Good Hurts pass for Sanders and Eagles will have first chance from the 30 yard line.
8:04 PM9 months ago

Lamb could not keep the pass and Philadelphia will have a new offensive series from the 13th yard.
8:00 PM9 months ago

Zeke Elliot gets the 1st and 10th passing the midfield with a haul.
7:59 PM9 months ago

Awuzie slows down; the advance of Ertz and runs out of Phipladelphia points.
7:50 PM9 months ago

Andy Dalton's pass was intercepted and Eagles would have; the offensive play very close to the zone of TD.
7:38 PM9 months ago

Great play by Cowboys starting the second half of the game but the defensive players were left far behind.

Dallas was a couple of yards away from TD, however, on fourth time Zuerlein got the touchdown.
7:26 PM9 months ago

Cooper escaped after a short pass from Dalton gaining 69 yards.

1st and goal for the Cowboys.

In third time Andy Dalton found Lamb in a long pass and they got a TD of 52 Yards.
The Cowboys are already on the board!

The second half begins with an offensive series for Cowboys.
6:55 PM9 months ago

Michael Gallup found the ball in the end zone after a great offensive series where Andy Dalton beat Eagles with passes.
Zuerlein scored the extra point.
6:42 PM9 months ago

In fourth time Eagles get the field goal to add another three points.
6:39 PM9 months ago

Goedert received a big ball and the Eagles enter the danger zone with 1st and 10th.
6:31 PM9 months ago

Zuerlein gets the score and the Vaqueros are close to tying the game, offensive series will come for Eagles.
6:29 PM9 months ago

Impressive Gallup hauling who won 55 yards and the locals are close to the TD.
6:27 PM9 months ago

Philadelphia could not advance in third time and the ball will be for Dallas.
6:22 PM9 months ago

Fulgham found the pass in midfield all alone and the Eagles will have 1st and 10th approaching danger zone.
6:20 PM9 months ago

Don't take them for dead yet, they already have 10 points this afternoon.

Repetition to see a thousand times

Michael Gallup slipped through the middle of the field, received the pass and freed a couple of defenders to achieve the TD.

The kick was complete and the cowboys score 7 points more.

The Cowboys advance with a 14-yard pass from Dalton and have 1st and 10 passing midfield.
6:01 PM9 months ago

Eagles' offensive that died soon due to the great performance of Cowboys' defenders.
Now they will have the opportunity to score points.
5:52 PM9 months ago

Tremendous PUMPING by Hurts for Jackson, in a play of 81 yards total,.
BE IMPRESSIVE!

The kick was completed by Elliot and the visitors are ahead.

Greg Zuerlein scored the field goal for the Cowboys to shorten the distance on the scoreboard.
5:44 PM9 months ago

Good series for Cowboys that practically in a couple of plays are near the TD.
5:40 PM9 months ago

The extra point was complete thanks to Jake Elliot's good kick.
5:36 PM9 months ago

Jalen Hurts came in with a good carry play, pushed the defenders in and reached the end zone.
5:33 PM9 months ago

Eagles advances strongly in their first offense of the game and they are near the end zone.
5:28 PM9 months ago

Zuerlein kicks off and starts the game with the first offensive in favor of the Eagles.
5:18 PM9 months ago

After some tactical preparations and a bit of warming up the visitors are playing for keeps this afternoon.

The Dallas team is ready

This is how the vibes are experienced before jumping onto the playing field. 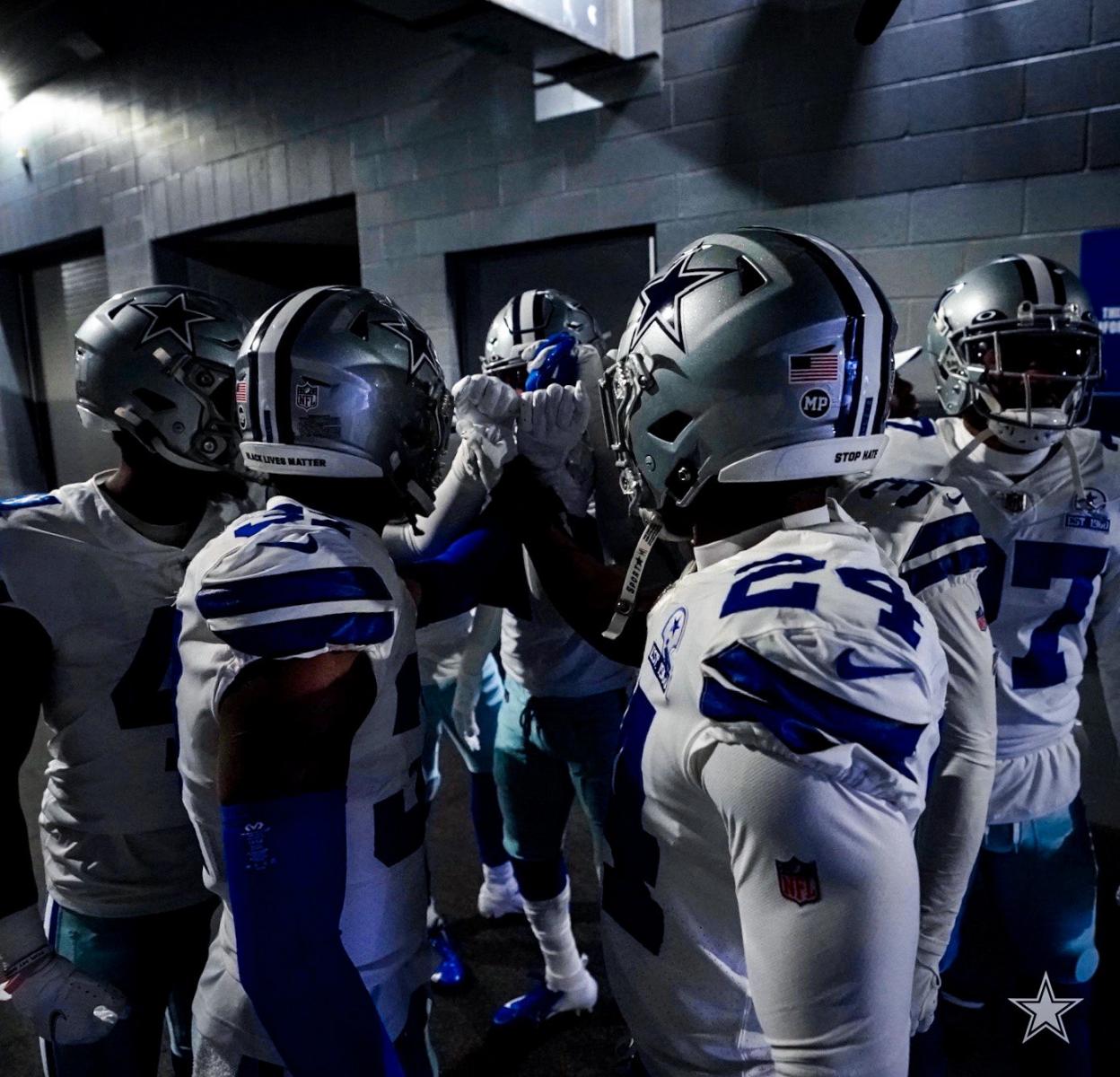 The good news is that Ezekiel Elliot will go out to play the cowboys' pass this afternoon, the bad news is that these are the players who will be absent.

These are the men the visiting team will not be able to count on for this NFL afternoon.

Zeke Elliot is ready for this afternoon

The Dallas running back apparently is already better from the discomfort of his calf.
The situation that kept him out of the field against the 49ers last Sunday, however everything indicates that this time he will enter the gridiron. 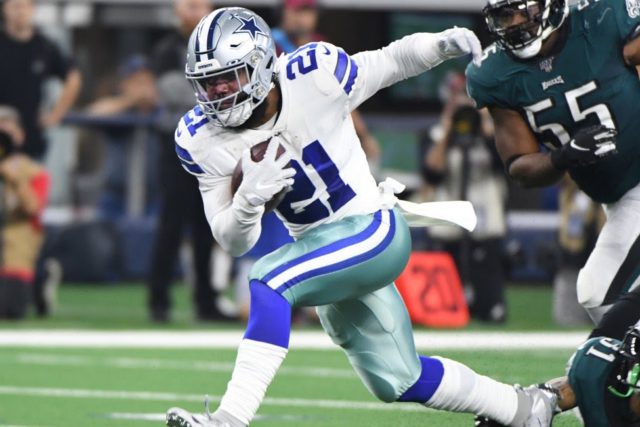 In a few moments we will present all the details, the minute by minute and news about the Philadelphia Eagles vs Dallas Cowboys game.
Stay with us at VAVEL!
3:29 PM9 months ago

In a moment we present you the initial QBs and all the details and news coming from the match Philadelphia Eagles vs Dallas Cowboys, in VAVEL.
3:24 PM9 months ago

Last match between Eagles and Cowboys

The last time this pair of teams faced each other was in week 8 of the current campaign.

On that occasion the result was favorable to the Eagles by 23-9, can they repeat the dose this afternoon?

How and where to watch Eagles vs Cowboys

The match will be broadcast on television through the Fox Sports signal.

Despite the bad end of the season for the Philadelphia team, Greg Ward Jr. has had great performances and has been the most sought after man for Jalen Hurts' arm. 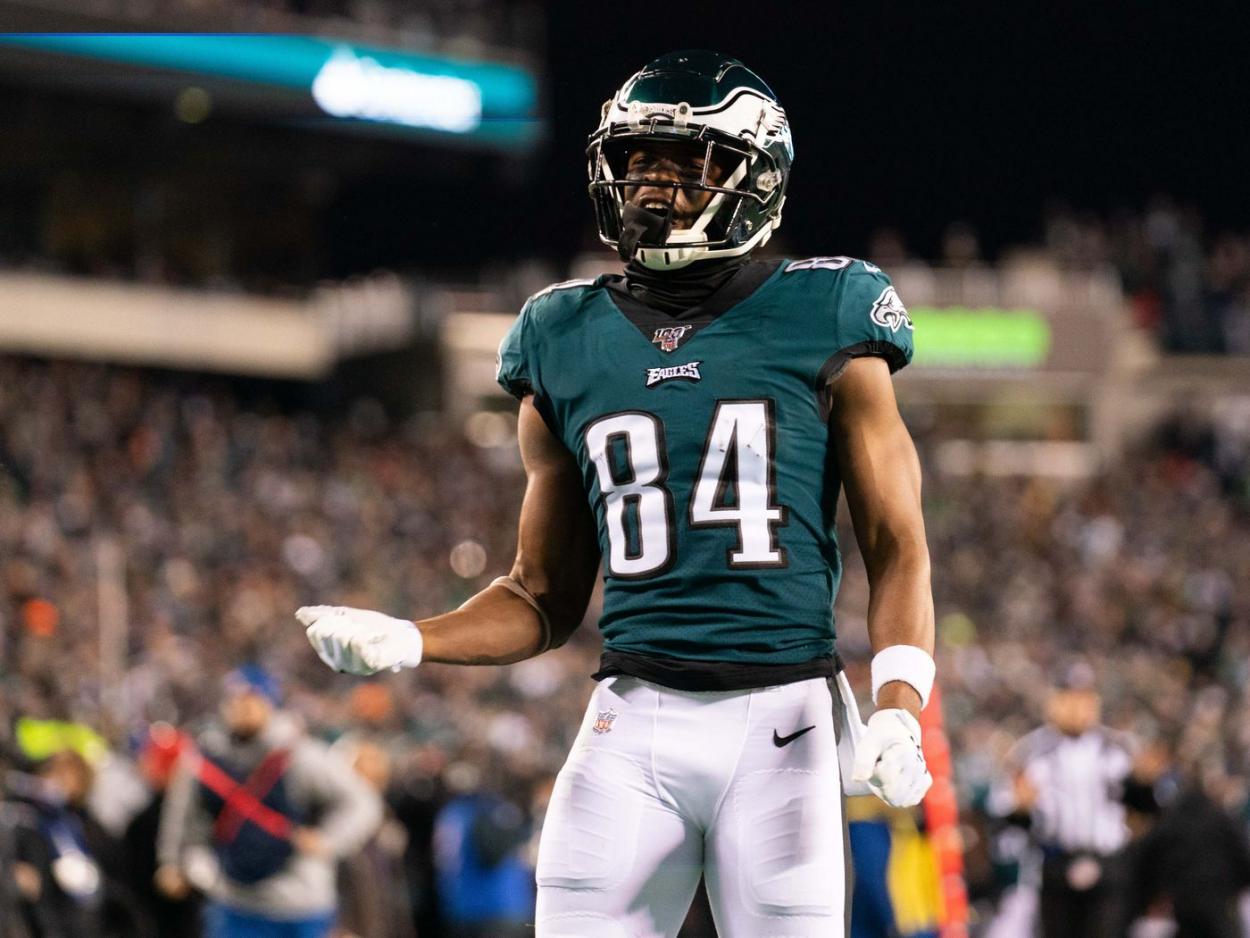 Eagles at the bottom of the table

It's true that the Philadelphia team has everything against it for the season finale, but it still has a chance to leave out its group players, such as the Cowboys.

In the last game they were defeated by the Cardinals, by a score of 33-26.

Dallas still looking for the miracle

The cowboys will have a season-closing game in which every possibility of qualifying for the playoffs will be played because nothing is yet defined in NFC West.

In the previous game, they won against the San Francisco 49ers by a score of 41-33 which opened up the possibilities of advancing to the next round.

The Eagles vs Cowboys match will be played at the AT&T stadium, in Texas, USA.
The kick-off is scheduled at 4:25pm ET.
2:54 PM9 months ago

Welcome to VAVEL.com’s LIVE coverage of the NFL 2020 match: Philadelphia vs Dallas!