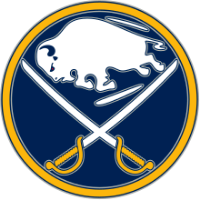 Buffalo entered this matchup hoping to score, and ending their two-game losing streak, but Pittsburgh had other ideas.

The Buffalo Sabres came out strong to start the period and really looked like they were going to control play and have their act together. The starting line for Buffalo was Evander Kane/Jack Eichel/Sam Reinhart with Marco Scandella and Rasmus Ristolainen at defense with Robin Lehner getting the nod in net.

Buffalo tried to hit Pittsburgh hard and fast hoping to catch them off-guard. Eichel was really on his game tonight, and he created two chances in a row for Buffalo but they were turned away by Pittsburgh’s starting goaltender Tristan Jarry.

After a quick flurry in the offensive zone by Buffalo, Pittsburgh immediately turned the puck into an offensive chance getting a penalty shot for Thomas Kuhnhackl who then scored to make it 1-0 Pittsburgh with 16:37 left in the first period.

Buffalo couldn’t seem to muster any offense after the goal, and their poor passing led to a breakaway by Patric Hornqvist. Lehner bailed them out and two more times after, but a very bad giveaway by Ristolainen led to a Crosby goal making it 2-0. Besides the two goals, Lehner played very well in the first, bailing out Buffalo at every turn.

Buffalo continued to mosey along thinking that getting outshot 8-2 is okay and was not able to get anything going. Buffalo has its chances, but couldn’t get anything going for more than 45 seconds. Buffalo got shut out of entering Pittsburgh zone for about two minutes, and Pittsburgh just decided to lay it on which led to goal number three of the night for the Penguins.

Jake Guentzel scored on a wraparound to make 3-0 Pittsburgh at the 1:55 mark of the first period. Pittsburgh took the puck away from Buffalo after two good chances for the Sabres and turned it into a goal.

Stats after one period:

Buffalo came out trying to get things going, but Pittsburgh was having none of it. Within the first minute, the Penguins got three quick shots while Buffalo had only one which was a point blast from Zach Bogosian.

Buffalo got the first power play of the game with 18:38 left in the second, but they aren’t able to register a shot on net and they almost gave up a shorthanded goal to make matters worse. Buffalo continued to get its chances but kept getting outplayed by a much better Penguins' team.

The Benoit Pouliot/Kyle Criscuolo/Jason Pominville line was generating good offense and chances, but couldn’t turn those chances into goals. Ryan O’Reilly had a beautiful one-timer chance, but that ended up getting deflected.

With 12:51 left in the second, Buffalo went on the power play again, but they were unable to register a single shot on goal, and Pittsburgh was able to add two shots to their total.

Scandella got called for hooking with 10:20 left, and the best road power play in the NHL got turned away by Buffalo’s penalty killing. Buffalo went on the power play again, but couldn’t get anything going and were 0-3 on the power play to that point.

It looked like Buffalo might escape the second period without letting up a goal, but Pittsburgh had other ideas. Hornqvist scored off a beautiful feed from Conor Sheary after some intense pressure in the Buffalo’s defensive zone, and with 39.6 seconds left on the clock, it was 4-0.

Another poor period by the Buffalo Sabres led to them dropping another goose egg in this period. Buffalo was never able to recover from the first two periods, and it continued into the final stanza.

Pittsburgh was content with sitting back and letting the clock run out while Buffalo continued to struggle to maintain consistent pressure in the offensive zone. Buffalo had its fair number of chances, but they were never able to cash in.

Buffalo wasn't able to capitalize on the moments where Pittsburgh let up. They couldn't get out of their own zone, nor could they get the puck in deep, and they didn't maintain the pressure which is definitely not a recipe to win.

Kane got into the offensive zone a couple of times in the period leading to a four-on-four opportunity at one point, but Buffalo couldn't do anything with the open ice. Buffalo also got their fourth and final power play of the night, but they once again couldn't convert.

Buffalo was consistently outplayed all night, and it showed in the 4-0 result.

If you care to view the "highlights" of this game... click here.

As an observer, it's  difficult to know what to say about this team anymore. They went three straight games without a goal for the first time in franchise history, and looked completely lost and are the laughing stock of the league. They are a complete and utter embarrassment to the hope of what this season was projected to be.

It goes without constantly repeating that this season for Buffalo wasn't supposed to be like this. They were predicted to be a dark horse, an underdog of sorts, not worse than Arizona and definitely not in talks to win the lottery.

After the game head coach  Phil Housley said, “It’s quite embarrassing. We had a game plan, and I don’t think we executed on that. The only way this is going to change is that group in that room. They’ve got a choice.”

For example, never separate Eichel and Kane. Another example, from this game, is the Pouliot/Criscuolo/Pominville line that had obvious chemistry, and it would seem that for the game on Saturday, that line will be broken up.

This is what Housley has done all season, and it's one of the most head-scratching, hair pulling things.

It's difficult to understand why Housley feels this constant need to reshuffle his offensive lines when players have chemistry together and can get pressure, but not with others on the team. Buffalo can't score, and that's his reasoning, but let it last for more than one game!

It's not known if there is an end in sight for the pure embarrassment that is the Sabres right now, but they do have to figure this out.

Buffalo takes on the Pittsburgh Penguins on Saturday at PPG Arena to end the home-and-home series.

Do you agree with my analysis of the game? Do you think Buffalo has any chance to turn it around? Let me know in the comments below.