Turning pro in 2002, Stan Wawrinka’s career has lined up with one of tennis’ most dominant eras.

Through his fifteen years on the ATP World Tour, Wawrinka has routinely had to matchup with the likes of the quartet known as “The Big Four” — Roger Federer, Rafael Nadal, Novak Djokovic, and Andy Murray. He came out victorious in 18 of the 81 total meetings with The Big Four; that’s good for just 22.2 percent of matches won. However, The Big Four’s combined career record is 3278-750, so they’re only losing 18.6 percent of their matches (via atpworldtour.com).

For Wawrinka, who lost to Federer once again in the Australian Open semifinals, getting eliminated from tournaments and chances as majors taken away by The Big Four is all too familiar.

The world number four’s worst matchup has been countryman Federer. In 22 contests, Wawrinka has won just three. And when the pair of Swiss stars met in majors, Federer came away the victor six of seven times (twice in the Australian Open and Roland Garros; once in Wimbledon and the US Open). The lone victory came in the 2015 Roland Garros tournament that saw Wawrinka grab his second major title. 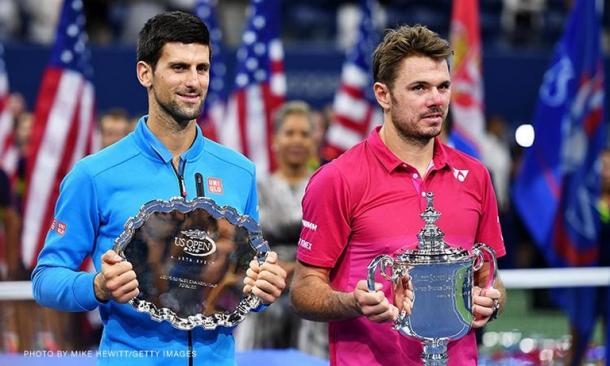 Incidentally, that title required taking down another member of The Big Four: Djokovic. The Serb has also dominated Wawrinka in their previous encounters. All but five of the 24 previous meeting were won by Djokovic; however, two of the Swiss’ majors won came against the world number two. The most recent of which coming just this past year in the 2016 US Open. So, while unable to show consistency against the four-headed monster, he has still found himself as the last man standing in majors three times—once in each of the past three years.

Every single major that Wawrinka won was against one of The Big Four. The first—the 2014 Australian Open—came with a 6-3, 6-2, 3-6, 6-3 scoreboard and Nadal as the runner-up. Even so, the King of Clay finished off Wawrinka in dominant fashion in their other two meetings in majors. As for the rest of their meetings, Nadal has been dominant—winning their first twelve meeting en route to 15 wins in 18 chances.

Lost in the lore of The Big Four is how Wawrinka has the same number of majors won as the Scot of the quartet. Murray has also fallen victim to the dominance of his three rivals. While Federer has 17, Nadal has 14, and Djokovic has 12, Murray has just three. This poses the question of whether the world number one belongs in such pristine company. He might just be in the same boat as Wawrinka—making The Big Four more of a big three. 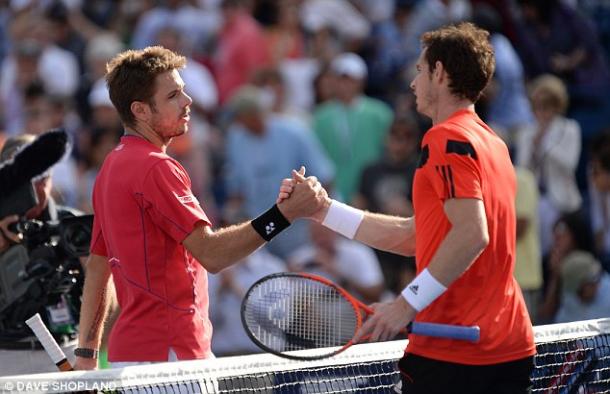 In their head-to-head, Murray still leads, but by a significantly smaller advantage, ten wins to Wawrinka’s seven. And in majors, the Scot has won just three of their five battles.

That leaves tennis pundits wondering, if The Big Four weren’t around, would Wawrinka have significantly more majors to his name? Answering that question can be tough. For a long time, the same questions were asked about Andy Roddick, who won just one major in five career tries.

Wawrinka, over his career, has shown the tendency to play to the level of his opponents. That explains why he’s had a perfect record in major finals, but also had early exits at the hands of Guillermo Garcia-Lopez and Jürgen Melzer. Also, with the likes of Juan Martin del Potro, Kei Nishikori and Milos Raonic to matchup against with regularity, there’s no guarantees that the Swiss would’ve won significantly more.

When it boils down to it, it might not even matter. Wawrinka insists that he is not part of The Big Four and that it isn’t even close. After the 2016 US Open championship, Wawrinka said, “The Big Four, I’m really far from them. Just look at the tournaments they won, how many years they have been there.”

He even had something to say about Murray—pointing to the Scot’s 12 Masters 1000 titles to his one: “If you look, yes, I have three grand slams. How many Masters 1000 has Murray?”

Wawrinka seemed in good spirits taking to Twitter to express his feelings about his recent loss to Federer.