Pakistan caused a surprise on Wednesday, beating South Africa by 19 runs on the Duckworth-Lewis method in a rain-upset tie at Edgbaston. 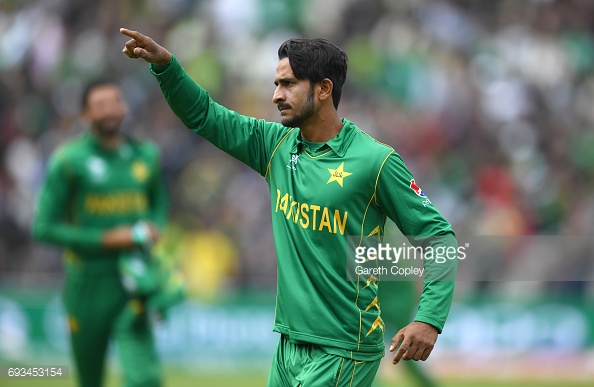 Winning the toss and electing to bat, South Africa didn’t flex their batting muscles to their full capability, with all of the top three getting a platform to kick on, to only then get themselves out: Quinton de Kock reached 33 before misjudging a sweep off Mohammad Hafeez (1-51) and was struck on the pads; Hashim Amla hit 16 but fell in the same fashion, to Imad Wasim (2-20); whilst Faf du Plessis played on from a wide Hasan Ali (3-24) delivery for 26.

Wasim picked up the crucial wicket of AB de Villiers soon afterwards, with the South African superstar edging a wide delivery to Hafeez at backpoint point for a rare golden duck - leaving his side 90-4 in the process.

Whilst David Miller and JP Duminy steadied the ship somewhat, seamer Hasan then ripped the heart out of the Proteas batting line-up, removing Duminy and then Wayne Parnell in consecutive deliveries.

The Pakistanis had confidence flowing through their veins, and Miller, the last recognised batsman, was tasked with fending off a barrage of yorkers, whilst simultaneously trying to eek as many runs as he could to take his team up towards a defendable target.

He teamed up with Chris Morris to add 47 runs to the score before Morris was removed, caught off the bowling of Junaid Khan (2-53), but not before Miller had reached his half-century, off 83 balls.

Kagiso Rabada hit 26 at just over a run-a-ball before he too was dismissed by Junaid, victim to superb Hasan catch, leaving Miller 75* after 50 overs, and his team on 219. 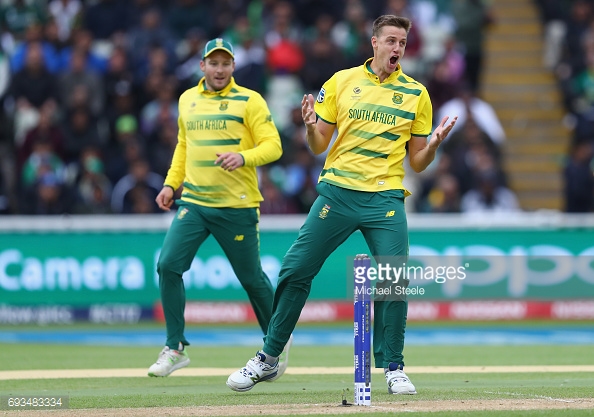 Fakhar Zaman got his side off to a solid start, latching upon the all too frequent wide deliveries from the South African bowlers to help himself to 31 off 23 balls.

Zaman, on debut, and fellow opener Azhar Ali had taken Pakistan to 40 without loss, before both were quickly removed: Zaman edged straight to slip to give Morne Morkel his first wicket, whilst Azhar attempted an ambitious ramp shot, yet only succeeding in guiding it straight down the throat of third man.

That wobble could have caused panic within the Green Shirts’ dressing room, however Babar Azam and Hafeez calmed any prospective nerves.

The two repelled the nagging back-of-a-length consistency of Morkel (Who went for a miserly 18 runs off his seven overs), whilst also seeing off the threat of Rabada (0-36) and Imran Tahir (0-16), the number one and two ranked one-day international bowlers in the world respectively; however, this came at a cost, as the scoring rate slowed almost to a standstill, with only 20 runs added in 10 overs.

Having stood firm against the attack of the top-ranked ODI side, Mickey Arthur’s men then progressed, and began to score more freely.

The experienced duo of Babar and Hafeez crucially scored 10 runs in the 19th over, which left them ahead on DLS, and they never fell behind from there on.

Despite Hafeez giving Morkel his third scalp soon after, when the weather did halt play, Pakistan were ahead. As they never returned to the field, that meant they secured the crucial two points, thereby keeping them in the mix for a place in the semi-finals.

As for South Africa, their loss means they are now level on points with their opponents after the same number of games, so have a fight on their hands to progress to the knockout stages.

England vs India: Fifth Test preview- Can Kohli's Side make history? 10 months ago