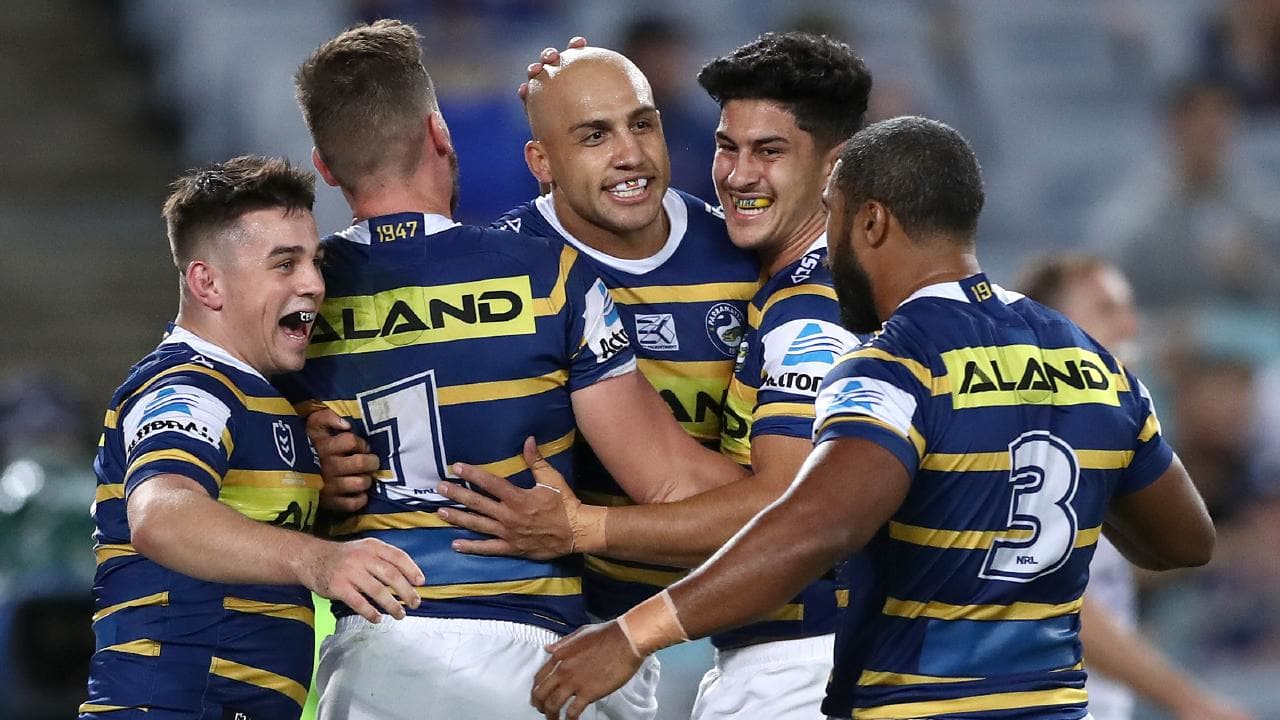 The Parramatta Eels are a professional Australian rugby league football club based in the Sydney suburb of Parramatta that play in the National Rugby League, the top division of Rugby League in the country. They were founded in November of 1946 as the ‘Parramatta District Rugby League Football Club’ and the club’s home ground was the Parramatta Stadium (formerly known as the Cumberland Oval). As of 2019, they now play as the majority tenants at the Bankwest Stadium, which sits on the site of what was once the Parramatta Stadium.

The Eels saw little success in their early years as a club, despite missing out narrowly on qualification for the finals in 1949 under the guidance of former Western Suburbs and Leeds five-eighth Vic Hay. Between 1952 and 1961, they finished in last place eight times and only won 35 out of the 180 matches that they played. In their early years, much of their lack of success could be attributed to the lack of resources and a weak playing squad, with many of the players ameteur or park footballers.

In 1962, Parramatta made the finals for the first time, which was then repeated the three following seasons under coach Ken Kearney. They were able to attract many top players during this time, but eventually slid down the ladder in the following years and collected the wooden spoon in both 1970 and 1972.

In 1976, the club finally reached the Grand Final in their thirteenth season. However, they lost narrowly to a Manly-Warringah team which they had defeated just two weeks earlier.

The following year, Parramatta earned their first minor premiership and qualified for the Grand Final for the second year running. Against St. George Illawarra Dragons, the match was drawn 9-9 forcing a replay the following weekend, which the Eels lost 22-0. The Eels alao made the finals in 1978 and 1979 but mussed out in 1980.

The early ‘80s was the most successful period for Parramatta, who earned five Grand Final appearances and four premierships from 1981 to 1986. They captured three consecutive premierships in 1981, 82 and 83. In 1986, the club won their third minor premiership whilst also reaching the Grand Final in which they beat Canterbury 4-2.

In 1997, the Eels remained in the ARL’s competition and made the finals for the first time in 11 seasons by finishing third in the Australian Rugby League competition.

The Eels continued into the NRL era which began in 1998, surviving the reduction in teams at the end of the twentieth century. In this season, Parramatta finished 4th and lost against the Canterbury Bulldogs in the preliminary final, choking a 18-2 lead with 10 minutes to go to lose 32-20..

In 1999, Parramatta lost their 3rd preliminary final against eventual winners the Melbourne Storm.

The Eels reached the 2001 Grand Final after a dominant regular season in which they only lost four matches, but were defeated by the Newcastle Knights 30-24.

In 2005, Parramatta won the minor premiership in the regular season and came up against North Queensland in the preliminary final. Although the Eels were expected to win, the Cowboys defied the odds and won 29-0. In 2006, Parramatta finished 8th and faced the Melbourne Storm in the first week of the finals, losing 12-6. The year later, Parramatta reached the preliminary final but again lost to the Storm, this time 26-10.

In 2009, under new coach Daniel Anderson, the Eels had a weak start to the season, having won only 5 games after 18 rounds. However, upset victories against the Melbourne Storm and Canterbury Bulldogs in round 19 set them up for 10 wins in their next 11 games, propelling Parramatta into the top 8. Against all odds, the Eels found themselves in the Grand Final, once again against the Storm. However, the ‘Parramatta Fairytale’ came to an end at the ANZ Stadium, losing 23-16.

On 22 April 2010, the Melbourne Storm were stripped of the premiership as a result of long-term salary cap breaches. However, the premiership was not handed over to the Eels.

Although they were tipped by many to be pick up the Premiership, a poor season saw Parramatta miss out on the Top 8 in the 2010 season.

2011 was another weak season for the Eels, but a win in their final game against the Gold Coast Titans kept them away from wooden spoon and they finished the season in 14th place.

The 2012 season saw the retirement of Eels legends Luke Burt and Nathan Hindmarsh, and with it came a horror campaign in which they would succumb to the wooden spoon for the first time in 40 years.

They didn’t improve on this in the 2013 campaign, picking up a second wooden spoon in a row.

Despite a good first few games in the NRL, the Eels failed to reach the finals series by two points.

2015 was a year to forget for Parramatta as they finished 12th in the table, the only highlights coming in a 42-12 win against Manly in Round 1.

The discovery of salary cap breaches in 2016 resulted in the NRL stripping the Eels of the twelve competition points it had accrued so far. In addition to being fined $1 million, Parramatta also had its 2016 NRL Auckland Nines title revoked. IN what would also be the last year which they played at the Parramatta Stadium, financial issues saw Max Donnely, of Ferrier Hodgson appointed administrator. The 12-point deduction took the Eels down to 14th from 5th. They finished the season in this position and star recruit Kieran Foran walked out mid-season due to personal problems and off field issues.

A major turnaround for the club in 2017 saw them finish fourth on the table and make the finals for the first time in 8 years. Parramatta, however, went on to lost the sudden death elimination final against the North Queensland Cowboys in what was one of the biggest upsets of the season

The year after, however, saw the club pick up another wooden spoon. A loss to the Sydney Roosters in the final game condemned them to the bottom place.

In 2019, Parramatta finished 5th on the table and qualify for the finals. In the elimination semi-final, a sixth defeat to the Melbourne Storm in the finals since 1999 saw them bow out of the 2019 competition.