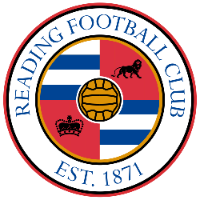 Reading Football Club Women are a professional women’s football club who compete in the Women’s Super League, the top tier of women’s football in England. They are currently managed by ex-Captain Kelly Chambers and they play their matches at Adams Park in High Wycombe, England. The club is affiliated with Reading Football Club who play in the EFL Championship and their nickname is the Royals.

In May of 2006, Reading ended this affiliation and created their own women’s team. In the club’s first season, they won the Southern Region Women's Football League as well as the cup and earned promotion to the South West Combination Women's Football League. The season after, they were unbeaten across the entire campaign and won promotion to the FA Women’s Premier League Northern division - the second tier in England at the time. Due to an overflow of teams in the Southern tier, Reading played in the north despite being far away from a number of clubs in the league.

They finished sixth in the WPL North, and were transferred to the second tier for the 2009-10 campaign. In 2010, they were successful in the final four games of the season which resulted in them finishing runners-up to Barnet and earning promotion to the National Division.

On 3 April 2011 Reading successfully won the Berks and Bucks County Cup trophy, beating past MK Dons 3–0 in the final of the competition.

Their first season in the WPL National Division (now the second tier in England, following the formation of the new Women’s Super League in the same season) saw Reading finish third in the table. In March of 2012, Reading lost their top goalscorer Nikki Watts to WSL club Bristol Academy (who would in the future become Bristol City.) In 2011-12, they finished ninth and were relegated back down to the Southern Division and into regional women’s football for the 2012-13 campaign.

In 12/13, Reading FC Women comfortably won the league and in turn promotion, with a margin of eight points and a goal difference of 41. Fran Kirby, the Royals’ top scorer in that year, won Player of the Season and was called up by Great Britain to play for them in the World University Games in Kazan, Russia. Across the season, she netted over thirty times and was rewarded with a place in an England U23s camp. Kirby came through the ranks as a youth player for the Royals after initially joining the club in 2001 at the age of seven so and has gone on to become one of the best attacking players in Women’s Football in England, now playing for Chelsea.

With the reformation of the Women’s Football pyramid in England to have the new Women’s Super League and WSL 2, Reading were granted a license to play in the second division from the 2014 campaign. They finished third in the division that year with Kirby scoring 24 in 16 games and she became the first women’s player to receive a professional contract from the club soon after. In 2015 they won the division by a goal difference four higher than that of Doncaster Rovers Belles and were promoted to the FAWSL. In December of 2015, the club announced their move to Adams Park in Wycombe and have played their ever since.

The Royals finished eighth, sixth and fourth in their next three campaigns (The sixth-placed finish in the WSL spring series as the league transitioned from a summer to winter season to reflect the men’s footballing calendar). In 2018-19, after being granted a license to play in the all-professional FA Women’s Super League, the Royals finished fifth and reached the semi-finals of the FA Cup before being narrowly knocked out in a penalty shoot-out by West Ham United at home. Before the break in the season due to the worldwide COVID-19 outbreak, Reading comfortably sat fifth in the division on 21 points, with no news yet as to when this year’s campaign is to resume, if it even does.

Reading Women play at Adams Park, the home of EFL League One side Wycombe Wanderers. On occasions, they have also played matches at the club’s men’s ground, the Madjeski Stadium. Currently, London Irish Rugby Union play also play at the Madjeski, but they are due to move to the new Brentford Community Stadium when it opens. This would leave a gap that could allow Reading to move to the town that they are from and play their games at the Madjeski, and it is something that Kelly Chambers has said that she would want to happen in the past.

Adams Park has a capacity of 10,137 (9,448 approx. licensed capacity). Reading had an average attendance of 844 during the 2018/19 campaign, but the fact that they play so far away from the town which they come stops many fans from being able to come to their matches. Prior to the postponement of the season due to the global COVID-19 outbreak, this figure had risen for 2019/20, and their average was 981.