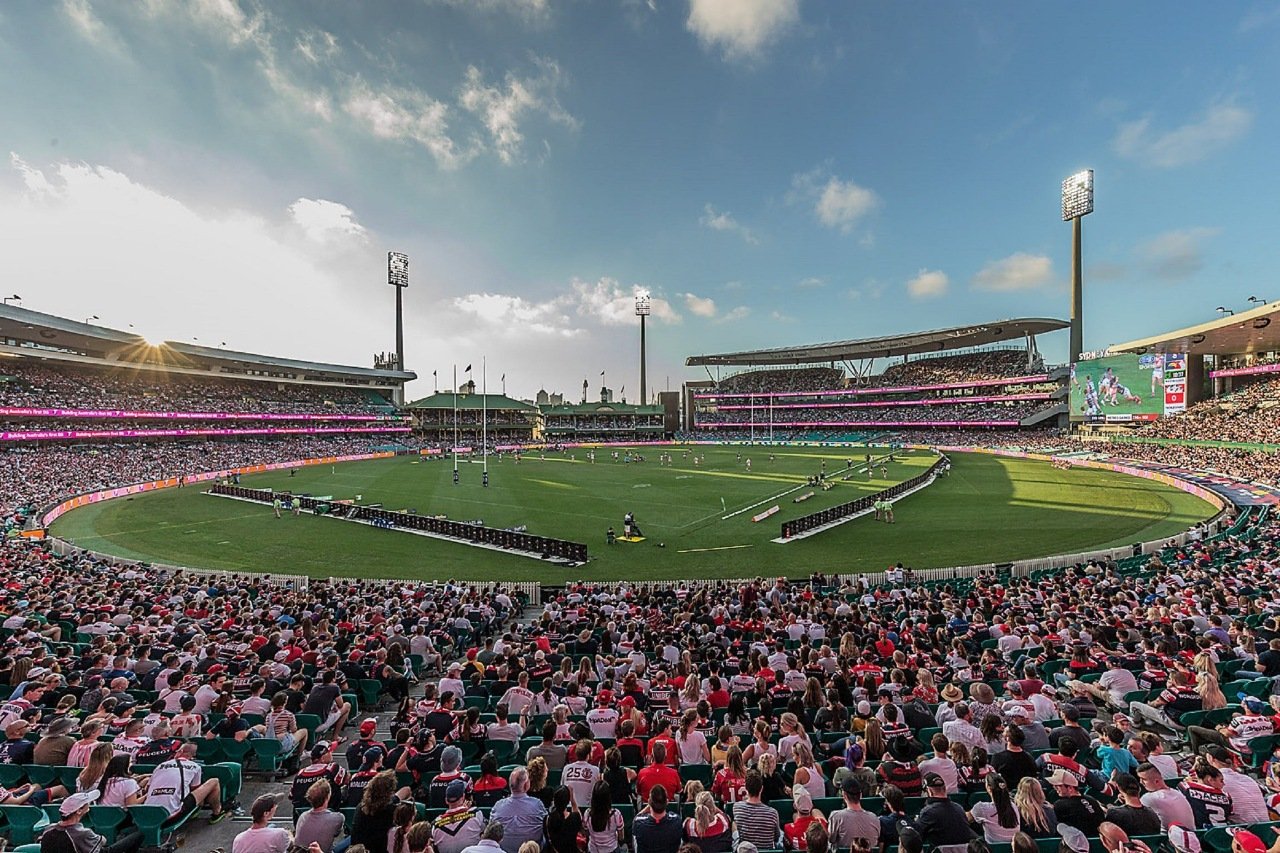 Eastern Suburbs won their first match on the 20th April 1908 32-16 against Newtown and in 1913 became the first club to win three consecutive premierships, however they rapidly declined and failed to win the premiership for the next nine seasons.

Eastern Suburbs missed the finals only once from 1926 and 1942, and in that time they won four titles and the minor premiership on seven separate occasions. In 1936, they became one of only five teams in history to remain undefeated for an entire season, and that was a feat which they repeated the following year - they are the only club to have remained unbeaten for two seasons.

Despite claiming the premiership again in 1945, they failed to make the finals for the following seven seasons, with a runners-up finish in 1960 the closest they came to a premiership during this era.

In 1966, the club fell to new depths and were winless for the first time in their history, picking up their first wooden spoon. The wooden spoon performance ended a bad run and in 1967, the club introduced a new emblem on their playing jerseys, the now-iconic rooster.

Between 1984 and 1995, the Roosters only reached the semi-finals once and were known for their high frequency of player purchases and releases.

As the Super League war built up in the mid-1990s, the Roosters recruited high profile coach Phil Gould and star five-eighth Brad Fittler from the Penrith Panthers. During Gould’s reign, the Roosters competed in four grand finals in five years and in 2002 they picked up their first Premiership in 27 years, defeating minor premiers New Zealand Warriors 30-8 in the grand final.

In the 2003 grand final, against the Penrith Panthers, the Roosters lost 18-6 in what was their heaviest defeat of the year. The Roosters then went on to make the 2004 Grand Final, losing to the Bulldogs 16-13 in what was the last match for captain Brad Fittler.

In 2007, the Roosters became the first club to play 100 seasons of first grade Rugby League. Two years later, they once again had one of their worst performances of all time, picking up a second wooden spoon in their history and for the first time in 43 years. In that season, they only picked up five wins - twice against Cronulla and once against Canberra, Parramatta and Newcastle.

A year after they finished last, they reached the 2010 NRL Grand Finals and despite leading 8-6 at half time, lost 32-8 against the St. George Illawarra Dragons.

The roosters endured disappointing seasons during the 2011 and 2012 seasons, failing to reach the finals.

With a new coach, Trent Robinson, and numerous big-name signings, the 2013 season was a victorious one for the Roosters. They secured the Minor Premiership for the 2013 season and were the best attacking and defensive team in the NRL and then went on to face the Manly-Warringah Sea Eagles in the Grand Final, winning 26-18. They then went on to win the 2014 World Club Challenge against Wigan 36-14 to claim the treble.

In the 2014 and 2015 seasons, the Roosters topped the table and won minor premierships, but on both occasions, they lost in the Preliminary Final.

In the 2016 season, the Roosters finished 15th on the table after a horror season which was marred by off-field actions of star captain Mitchell Pearce which saw him suspended for eight matches and fined AUD $125,000.

In 2017, the Roosters finished second and earned themselves a spot in the finals once again. After defeating Brisbane in week one, they suffered a shock loss to the North Queensland Cowboys in the Preliminary Finals.

In 2018, the Sydney Roosters finished first in the regular season, claiming their 20th minor premiership. After defeating Cronulla-Sutherland and South Sydney, they earned themselves a spot in the Grand Final against the Melbourne Storm. The Roosters won 21-6 and claimed their 14th premiership.

The Roosters’ NRL victory earned them a spot in the 2019 World Club Challenge, playing against Wigan Warriors at the DW Stadium in February of that year. It was a comfortable victory for the Roosters to retain their 1--% record, beating their English opposition 20-8.

In 2019, the Roosters started the season with a loss in the first round against Souths before going on to have an eight-game winning run, defeating Melbourne Storm 21-20. During the midway point of the 2019 season, Sydney suffered a drop during the 2019 State of Origin series period before ending the season winning seven of their final eight matches to finish second behind minor premiers Melboune.

In the finals series, victories against South and Melbourne saw them reach the 2019 NRL Grand Final. In the grand final, Sydney went on to win their second consecutive premiership after a hard-fought victory against the Raiders at the ANZ Stadium, teh first time that a team had won consecutive premierships in a season since Brisbane Broncos achieved that feat in the 1992 and 1993 seasons.

In February of 2020, the Roosters took part in the 2020 Betfred World Club Challenge at the Totally Wicked Stadium against St.Helens. In front of 16,000 supporters, the Roosters were 20-12 victors in England, making them world champions. Sydney’s victory gave them a record five titles, and they became they only team to retain their record as well as a 100% record in the World Club Challenge.