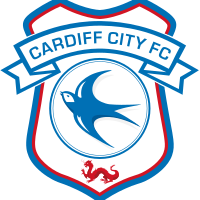 Cardiff City's impressive start to the seasnon came to a halt as a stubborn Hull City side snatched a vital 2-0 away win. Goals from Mohamed Diamé and Abel Hernandez saw Cardiff drop from second in the table to sixth, just inside the play-off positions.

Cardiff started positively and an early first-half chance arrived after just three minutes when Kenwyne Jones’ determined running set up Kagisho Dikgacoi. The midfielder didn't give up on what appeared to be a lost cause, lofting the ball to the back post where Michael Dawson cleared under pressure.

The first big chance of the game fell to the visitors and they took it; Matt Connolly and Lee Peltier had combined to keep out Hernández, but the loose ball fell to the onrushing Diamé who slammed home past a helpless David Marshall.

Diamé looked to double his tally with an audacious left-footed effort from distance, which was easily dealt with by Marshall. It was the home side who had the vast majority of the ball in the final third and were on the wrong end of a few refereeing decisions.

The Bluebirds started the second half as they had finished the first, in control and piling on pressure but still behind.

Hull double their advantage against the run of play

It felt at times as though a Cardiff goal was almost inevitable, however the referee turned down a number of questionable penalty claims from the home side.

All of Cardiff's hard work and possession went to waste, though, as Hull broke on the counter attack. Hernandez latched onto a simple through ball, and a static Cardiff defence watched him slot home under pressure whatsoever.

Hull sat back but Cardiff couldn't force a late comeback as the visitors claimed the three points.

The two main problems for Cardiff tonight were substitutions and the lack of creating chances. Joe Ralls and Anthony Pilkington were arguably Cardiff's two best players but found themselves being taken off, which left the fans confused and frustrated. The Bluebirds held onto the ball very well but failed to create any real chances, and the final touch deserted them on what proved to be just one of those days.

In the other camp, Hull had come to do a job and got it done. The back three of Dawson, Alex Bruce and Curtis Davies were solid but largely untested. Diame was untouchable, his power and presence in midfield dominated and everything good that Hull did came from him. There was another impressive performance from Sam Clucas, who looked comfortable in the second tier once again his pricey move from Chesterfield in the summer.

Wolves vs Newcastle: Predicted starting line-up a day ago

Millwall vs Barnsley preview: How to watch, kick-off time, team news, predicted lineups and ones to watch 2 days ago

Aston Villa vs Leeds United preview: Team News, Ones To Watch, Previous Meeting and Where To Watch 4 days ago
Restore your password
Please enter your user name or email.
Login Member or Writer Panel
Enjoy your own Customized Newspaperwith VAVEL topics' carousels!