Bournemouth have been linked with a shock move for Napoli’s Italian midfielder Jorginho, as Eddie Howe looks to bolster the side for a possible top ten finish.

Napoli and Bournemouth recently met in a pre-season friendly game that ended 2-2 at the Vitality Stadium this past weekend. The Cherries interest in Jorginho though, comes from Howe’s immense liking for the 25-year-old.

No bid but Howe "likes him"

Outlets in England such as the Sun and the Daily Mirror were suggestive of the fact that the Cherries had lodged an official bid for Jorginho but the midfielder’s agent has refuted any such claims.

While he hasn’t ruled out their chances of getting him, Jorginho’s agent Joao Santos did admit on Radio Kiss Kiss Napoli that Eddie Howe 'likes’ his client. He told the station, “it’s true that the Bournemouth manager likes him.”

Santos confirmed that there is nothing more in that deal, apart from mere interest and talked about the fact that his client needs to improve in the ‘attacking sense, maybe by scoring more goals.’

Italian outlet Il Mattino also reported a day ago that Napoli had turned down a bid in the region of €20 million for the Brazil-born star. 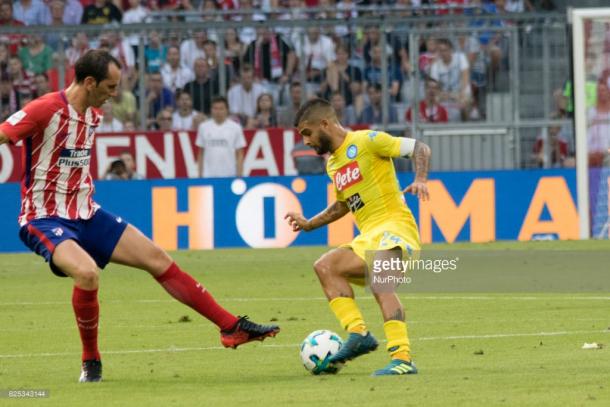 A move, which seems highly unlikely if not impossible, would be a massive mismatch on paper. Jorginho is at a far bigger club than Bournemouth and the Partenopei are likely to challenge for the Scudetto next season, apart from having qualified for the Champions League already.

The former Hellas Verona man is worth more than just €20m and Eddie Howe’s men would have to stump up their price for their man if they need to have any hopes of landing Jorginho this summer.

The club has already made four signings this summer, with the captures of Jermain Defoe and Nathan Ake highlighting it. The Cherries also saw a bid in the region of €20m for Demarai Gray get turned down by Premier League rivals Leicester City.

Watford vs Bournemouth preview: How to watch, kick-off time, team news, and ones to watch 5 days ago

Eddie Howe frustrated after loss against Wolves 4 months ago