The game started off quite slow with both teams trying to hold on to possession. A misplaced pass from Cheikh N’Doye in the fourth minute presented a chance for Marco Matias who blazed his effort over the bar in what was a golden opportunity to take the lead.

The first free-kick of the game came in the seventh minute after Harlee Dean blocked off Liam Palmer, but it came to nothing.

However, the deadlock was broken a minute later when a miscommunication between Joe Wildsmith and Frederico Venancio led to David Davis slotting in from close range.

Birmingham’s club-record signing Jota won a free kick in the 11th minute after a challenge from Daniel Pudil, which subsequently came to nothing.

Another heart in mouth moment came for Wednesday soon after when Wildsmith had to clear under pressure from the pressing Sam Gallagher.

Wednesday kept causing themselves problems, constantly giving Birmingham the ball. They presented a chance for Jota whom found his two efforts blocked.

Birmingham doubled their lead in the 21st minute when Jota’s long-range effort fumbled through the legs of Wildsmith. It was the Spaniard’s first goal for the club since his summer move from Brentford.

Wednesday made an early sub in the 26th minute with Lucas Joao replacing Glenn Loovens.

A clash between Jonathan Grounds and Jacob Butterfield halted play, with the former being stretchered off through injury. He was replaced by Arsenal loanee Cohen Brammall.

Wednesday were reduced down to ten men in the 39th minute when Matias was sent off after a confrontation with Brammall; although it did appear that Brammall was just as responsible for the scuffle.

Jota could have doubled his goal tally late in the first half but his effort found the side netting after good build up play from the Blues.

Not long after Jota got his second goal he slotted in a rebound from Davis’ parried effort to extend Birmingham’s lead to three.

Early into the start of the second half, Wednesday were given a free kick for a Marc Roberts hand ball. Adam Reach’s effort was blocked and the move resulted in a corner which did not cause the Blues any trouble.

However, Wednesday were given some hope in the 54th minute when Joao fired past David Stockdale to bring his side back into the game.

Straight up the other end, Birmingham nearly regained their three goal lead as Davis had a first-time effort saved, to a sigh relief of the home fans.

Pudil was sent off for a second yellow in the 68th minute after blocking off Maxime Colin who made a great run down the right-hand side after intercepting a Wednesday pass at the halfway line.

After that it was Birmingham in control as Wednesday were left helpless trying to defend.

A chance presented itself for Wednesday later in the game when N’Doye brought down Joao just outside the penalty area. Substitute George Boyd fired the free kick over everyone and went out for a goal kick.

Joao had another chance in the 84th minute to try and put some pressure on Birmingham but his effort was fired over the bar.

This result carries Birmingham up to 19th and only three points behind Wednesday. Today's result could possibly drag them into the relegation dog fight.

Chorley 0-1 Wolves: Vitinha's brilliant strike narrowly puts Wolves into next round8 hours ago 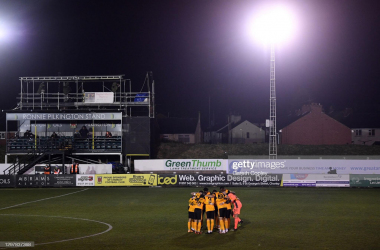 Barnsley vs Norwich City preview: How to watch, kick-off time, team news, predicted lineups and ones to watch12 hours ago

Stoke City vs Watford preview: How to watch, kick-off time, team news, predicted lineups and ones to watcha day ago 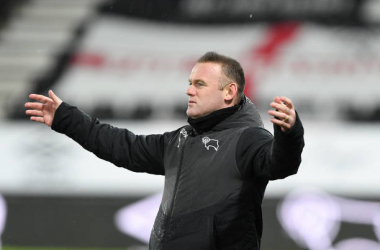 QPR vs Derby County preview: How to watch, kick-off time, team news, predicted lineups and ones to watch 7 hours ago

Analysis: What can Wolves expect from Willian Jose?a day ago