Dundee United have announced the signing of striker Lawrence Shankland on a three year deal.

The 23-year old had attracted the attention of a number of clubs both North and South of the border, following his departure from Ayr United at the end of last season, but decided to remain in the Scottish Championship with the Terrors'.

Shankland scored 61 goals in 73 games for Ayr in his two seasons at the club, including four in his old side’s 5-0 win against his new employers, and those numbers caught the eye of United, who moved to take the player to Tannadice.

Player and manager excited about move

Speaking to the club’s official website, Shankland said: “I want to continue my development at Dundee United. Despite having offers from clubs in both Scotland and England, it is clear to me that this is the best club for my next step. I cannot wait to get started in tangerine.”

United’s Head Coach Robbie Neilson was delighted with the move, exclaiming: “This is a massive signing for the club. A lot of credit must go to the owners, the board and the recruitment staff for the hard work in making this happen. We are getting a player who has shown how good he can be at this level and we believe we can make him an even better player with the facilities and coaching that is available at Dundee United.”

Previous bids not up to value

Ayr knocked back a bid of £150,000 from an unnamed English club for the player in January, with United’s city rivals Dundee, also expressing an interest in his signature. Manager of The Honest Men, Ian McCall said he knew the player would leave when the season finished, with three offers already put to the forward.

He will wear the number 24 shirt for United and could make his debut as early as this weekend, with his new side facing two friendlies against Brechin City and Dumbarton. 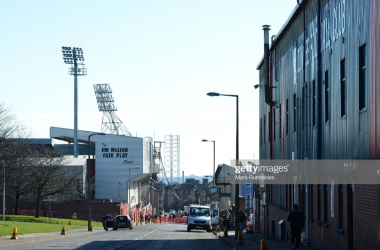 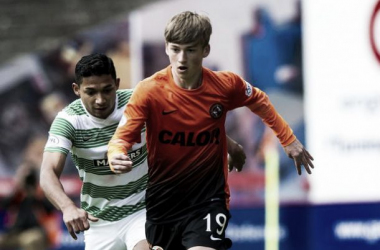 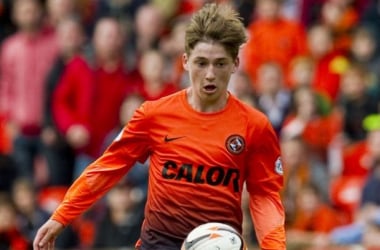