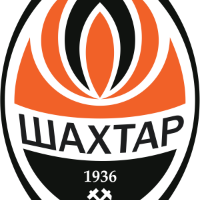 So, that's all from me! Thank you very much for following tonight's commentary and be sure to check back in with VAVEL again for all this season's Premier League and Champions League!
22:00a year ago

For Shakhtar, their heads will most definitely not be down with  qualification ahead of Dinamo Zagreb and Atalanta being the main aim, rather than topping the group above City.
21:58a year ago

Crisis? What crisis? The Premier League Champions responded in emphatic fashion after Saturday's defeat, blowing Shakhtar away this evening with their fast-flowing, attacking football.

After a superb first half, City seemed to take their foot off gas in the second but it didn't hinder their control on the game as they outclassed the home side in every department this evening.

After last night's English disappointment and Spurs' dropped points earlier this evening City fly the flag for the Premier League and become the first English side to win in the Champions League this season.
21:51a year ago

That's that! City begin their Champions League campaign with a comfortable 3-0 win over Shakhtar thanks to goals from  Riyad Mahrez, Ilkay Gundogan and Gabriel Jesus!
21:43a year ago

83' Final change for City as Benjamin Mendy replaces Rodrigo for his first appearance since April!
21:40a year ago

81' Change for the Blues as Kyle Walker is replaced by Joao Cancelo.
21:39a year ago

78' No rest bite for Shakhtar is the Kevin De Bruyne is replaced by Bernardo Silva...
21:38a year ago

77' Final change for the home side as Dentinho replaces Moraes.
21:37a year ago

76' GAME, SET AND MATCH! City have their third! The Blues hit the hosts on the break as De Bruyne plays through Jesus one-on-one, and the Brazilian makes no mistake with the finish to all but secure his side the points! 0-3
21:34a year ago

74' Alan Patrick is replaced by Marcos Antonio
21:27a year ago
67' City come close again! Sterling finds De Bruyne on the edge of the box who cuts in on his left and fires an effort just wide.
21:23a year ago
61' City have the ball in the net but it's disallowed! A trademark De Bruyne cross finds Sterling in the box who's blocked effort falls to Otamendi, who superbly overhead kicks an effort into the top corner!

However the Argentine has his stunner denied as Sterling was adjudged to be offside in the build up.

58' Another great chance for City! De Bruyne plays Gundogan through on goal but the German is well denied by Pyatov who rushes off his line to close down the Blues' number eight.
21:14a year ago

52' It should be three! Gundogan glides right through the heart of the Shakhtar back line and hits an effort straight at Pyatov. The keeper's save falls into the feet of Raheem Sterling who crashes his effort on the angle against the post!
21:10a year ago

50' Chance for the hosts! Moraes gets in behind the City defence and beats Ederson to the ball who finds himself 30 yards from his own goal. However, Moraes can take advantage as his lobbed effort flies well wide of the mark.
21:05a year ago

One change for Shakhtar at the break as Manor Solomon is replaced by Yevhen Konoplyanka
20:52a year ago

I think it's fair to say City are over their weekend slump! After a slow 15 minutes the Blues took control in vintage City fashion and have blown away Shakhtar with their fast-flowing and at times, scintillating football, a deserved lead at the break.
20:48a year ago

City head into the break two goals to the good and it's well deserved! Strikes from Mahrez and Gundogan give the Premier League Champions a comfortable two-goal cushion at the half way stage.
20:46a year ago
43' A good chance for the hosts as Taison plays a superb ball through to Moraes, but sweeper keeper, Ederson gets out well to deny the forward.
20:45a year ago

42' This is frightening football! Again City fly forward as Jesus cuts the Shakhtar defence in half to find De Bruyne, but the Belgian can't finish the move as his effort curls just wide!
20:43a year ago
41' City look in the mood! Another quick move finds Mahrez on the edge of the box, however his curling effort flies way over.
20:42a year ago

GOOOAAALLL! City have a second in typical City fashion! A quick move on the edge of the box finds Mahrez who sets up Gundogan and the German makes no mistake, poking past Pyatov to double his side's lead! 0-2
20:38a year ago

35' What a chance for the hosts! Taison slots a ball through to Moraes who hits his one-on-one effort from close range straight at Ederson!
20:31a year ago

28' Rodrigo is the first man in the referee's book after committing a late challenge 35 yards from goal.
20:28a year ago

24' GOOOOALLLL! Manchester City have the lead! Gundogan hits a curling effort from the edge of the box which crashes into the post, falling to the feet of Riyad Mahrez who smashes into a half empty net from close range to open the scoring! 0-1
20:25a year ago

22' Best chance of the game so far! Gundogan neatly slots Jesus through, however the Brazilian can't get the ball out of his feet and his eventual effort is denied by a last minute block!
20:18a year ago
16' A lofted ball finds Sterling in behind, he pulls it back to Gundogan however the German scuffs his effort wide.
20:17a year ago
14' Kyle Walker finds space 25 yards out from goal but drags an effort well wide.
20:14a year ago

12' Shakhtar come close for the first time tonight as Marlos fires wide from distance!
20:10a year ago
5' Another dangerous free kick from De Bruyne flashes across the Shakhtar box however the referee penalises Fernandinho for a fowl as Pyatov pushes the ball out for a corner.
20:03a year ago

2' An early chance for the visitors as Rodrigo heads a dangerous De Bruyne free kick wide.
20:01a year ago

1' We are under way here in Ukraine!
19:58a year ago
The teams are out, the flag is being waved and the anthem is playing. The Champions League is back!
18:57a year ago
A positive selection for Shakhtar as their star man, Taison starts despite being stretchered off in Saturday's 4-3 win over Zorya.
18:56a year ago
So as predicted Fernandinho fills in the vacant centre-back spot for City, whilst David Silva, Bernardo Silva, and Sergio Aguero drop to the bench for Kevin De Bruyne, Riyad Mahrez and Gabriel Jesus.
18:54a year ago

With just over two hours to go before kick off make sure to stay tuned for both starting lineups hot off the press!
10:12a year ago

Who Will Partner Otamendi?

So, with Otamendi the only fit centre-back for City who will he be partnered with this evening? Fernandinho has been put as the front runner to be the Argentine's partner at the back with Guardiola saying the midfielder "can deal with it".

Other options include right-back, Kyle Walker and 18-year-old, Eric Garcia who has travelled with the first team squad to Ukraine.

Pep Guardiola has been handed yet another issue with his defensive crisis as John Stones was yesterday ruled out for four to five weeks with a 'muscular injury'.

Stones joins his centre-back partner, Aymeric Laporte on the sidelines who is set to be there for the next six months with a knee problem. This has left Pep Guardiola with just one fit centre-back in Nicolas Otamendi.

Youngster, Phil Foden has also been ruled out with a virus, and long term absentee, Leroy Sane remains unavailable due to injury.

The Ukrainian Champions could be without star man, Taison as the Brazilian seemed to suffer some sort of seizure in Saturday's league win over Zorya.

Other notable abscenses include, defender Davit Khockolava and Oleksandr Pihalyonok (sigh of relief from commentators everywhere) who are both set to miss the clash due to injury.

This year's draw means the two teams have now been drawn in the same Champions League group for the third season in a row, meaning this is there fifth meeting in just under two years.

It's City who have been the more dominant in recent meetings with the Blues winning three of the last four clashes, with Shakhtar winning one.

The last time these two sides locked horns was a night to remember for the Premier League Champions as they defeated Shakhtar 6-0 at the Etihad Stadium in last season's group stage.

A hat-trick from Gabriel Jesus and a goal a piece from David Silva, Raheem Sterling and Riyad Mahrez secured the hammering, giving the home side reason for revenge tonight.

The home side head into the clash on the back of a rich vein of form after recording seven wins from their first seven league games this season, putting them top of the tree in the Ukranian Premier League.

Despite their slip up on Saturday, City have also had a strong start to the 2018/19 campaign with four wins and a draw coming alongside that Norwich defeat, including a victory in the Community Shield over rivals, Liverpool.

Shakhtar head into the game on the back of victory after a last minute Junior Moraes winner earned a 4-3 win over Zorya in League action on Saturday.

However for City, Saturday was a day to forget as they were defeated 3-2 by Norwich City at Carrow Road, their first loss in the Premier League since January.

Olympiakos vs Manchester City Preview: How to Watch, Kick-off Time, Team News, Predicted Lineups &amp; One to Watch 9 days ago

Olympiacos 0 - 1 Manchester City - Foden's first-half strike sends City to the Round of 16&nbsp; 9 days ago

The Warmdown: The points are shared at the Etihad as VAR makes the headlines once again. 24 days ago

Manchester City 1-1 Liverpool - A tale of two penalties as honours are shared at the Etihad. a month ago