Hull City's quest for only their second League win of 2020 was dashed by a resolute Charlton Athletic side who never really looked like conceding in a game short on quality at the KCOM stadium.

Jason Pearce proved to be the match winner in the 18th minute, taking advantage of a missed clearance by George Long and slack marking to head in the only goal of the game.

The restart of the Championship season was something that all fans up and down the land were looking forward to - but in truth, neither side showed any quality and demonstrated why they are at the wrong end of the table.

Hull started brightly, with Jon Toral looking the most dangerous player. He had a shot blocked and glanced a header just wide in the first couple of minutes, but that was about as close as Hull got to scoring all afternoon. Charlton saw Toral was the main threat and dropped veteran Darren Pratley back onto mark Toral, making it hard for the former Barcelona man to create any kind of chance for the Tigers.

Charlton took the lead in the 18th minute. A corner was put into the box, and George Long made a hash of his attempted clearance. Jason Pearce took full advantage, bundling the ball home to put Charlton ahead.

Charlton looked dangerous on the counter attack, and the cross put in after they broke from a Hull corner just flashed across Long's goal. City were looking vulnerable to counter attacks and could count themselves lucky to not be two down.

Dan Batty went close for the home side on 33 minutes after good work from Josh Bowler, but Dillon Phillips was equal to it in the Charlton goal. Hull were increasingly frustrated by the away side and didn't look like scoring. Charlton's defense stayed resolute and at half time, it was 0-1 to the visitors.

As the second half resumed, it was much the same as the first. Set pieces were poorly delivered from the Tigers, and Phillips was not being tested. Grant McCann introduced James Scott for his debut as well as George Honeyman, as well as Josh Magennis - but the Tigers could not carve out any opportunities.

Lee Bowyer brought on Alfie Doughty, Ben Purrington and Chuks Aneke to rest tiring players, and with only a couple of half chances themselves, Charlton did not look in danger of conceding. Grant McCann threw on Keane Lewis-Potter and Martin Samuelson as the clock wound down, and Bowyer brought on Jonny Williams and Sam Field. Despite the huffing and puffing from the Tigers, the Charlton defense stayed firm and took the three points back to South East London.

McCann's lack of fire power a big worry for the Tigers

Hull's inability to score or even create clear cut chance in this game will be a massive concern for their fans. Without a win since January 1st, City did not really threaten the Charlton defense and often looked exposed at the back - particularly in the first half. If Hull are to escape relegation this season, things need to start to click going forward for them.

"I thought in general play we did pretty well. I think the most disappointing thing for us was our set plays.

Of course we’re disappointed, we have to make sure we take the positives out the game, we have eight big games left and its tight. We’ll get better and sharper as the games come. We have to analyse this game properly and go again next week.

In an attacking sense it wasn’t good enough because we didn’t score a goal. The story of the game is they have one chance from a set play and score. In every goal there’s always two or three mistakes and that was probably the case today.

I thought MacDonald did well. I’m pleased for him and he looked calm and composed. He wasn’t under any real pressure. I think George had one shot to save in the whole game.”

Lee Bowyer's side out of the bottom three

This game will have delighted the Charlton manager, who sees his side jump above Hull in the table and hit the ground running in the first league game since mid March. Charlton looked solid and the back and dangerous on the counter, which they will look to use to their advantage and try and put space between themselves and Hull in the upcoming fixtures.

"I think it was well deserved. From the first whistle we looked sharp.

"To get the goal quite early on was nice, we settled down and got into some good areas. On another day, we could have scored another two or three goals.

"We're out of the bottom three and now it's in our hands. It's a good start but it's not over yet. We've got to keep fighting for every point and the players did that today. I'm really proud of them."

Up next for both

Charlton are back at The Valley for their all-London clash with Queens Park Rangers, also next Saturday.

How will Bryan Gil help Spurs moving forward? 5 hours ago 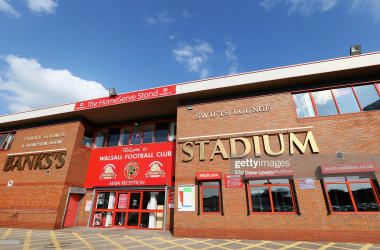 Cardiff City: Which young guns can strive for a first-team breakthrough next term? a day ago

The silenced goalkeeper situation at West Ham 18 hours ago

How will the Big Six spend their money this summer? 2 days ago 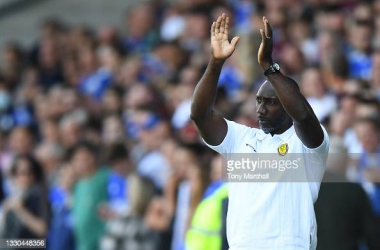 Can Burton Albion take last seasons fortunes into next as they prepare for the start of a new campaign? a day ago
//