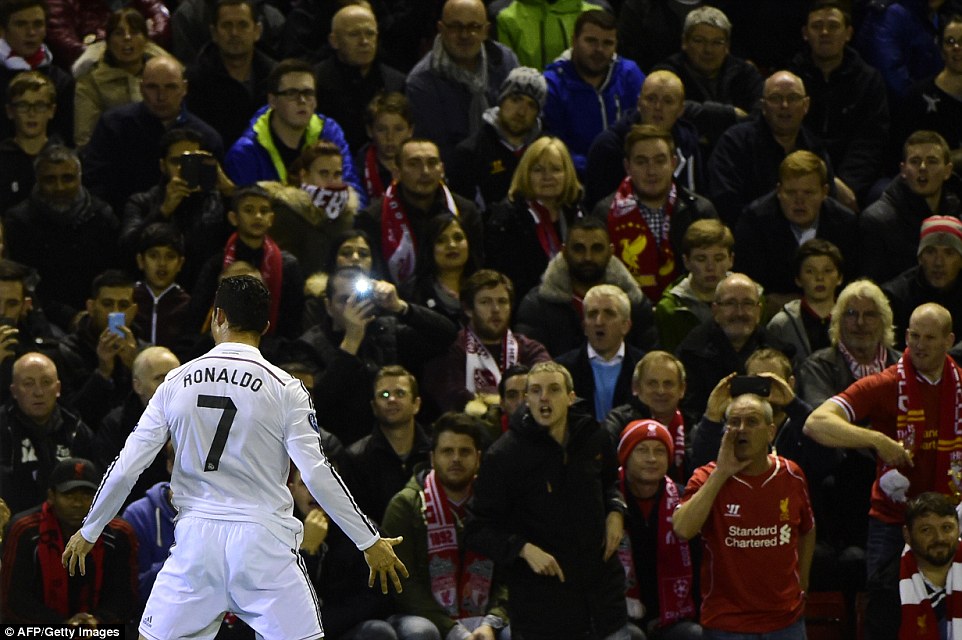 Manager Carlo Ancelotti has praised his side's best performance of the season, having brushed aside Liverpool with relative ease at times away from home. They play against Barcelona in the heavily-anticipated El Clasico; and go into the game in good form. They are just behind their title rivals, with the battle for supremacy in Spain certainly up for grabs when the two of the best teams in the world go head-to-head once again.

He had this to say: "In the first half we were fantastic and then in the second-half we had good control of the game and the result. It is difficult to say (what pleased me the most) - I don't have to say anything to the players because they played really well, with confidence. We did really well in the first 20 minutes when Liverpool started with intensity; we had good control and defended well and after the first 20 minutes we started to play good football."

It was also an important night for Real Madrid goalkeeper Iker Casillas, who went level with Barcelona's experienced midfielder Xavi, making his 143th appearance in the Champions League - a competition record.

The Spanish 'keeper had this to say to UEFA.com: "When I made my debut on September 15, 1999, I never thought that I would get to even be the second or third player with most appearances, so I'm very happy with everything." Even though question marks have been raised as to whether Casillas has lost his goalkeeping touch over the past two years due to the lack of first-team opportunities under Mourinho & Co whilst the now-Chelsea manager was in charge, he kept a clean sheet and will always be regarded as a Real legend regardless of whether his performances dip or not.

Early team news for Saturday's game - Welsh wizard and winger Gareth Bale will miss the derby match, as he recovers from his gluteal muscle injury. He tweeted this picture, watching the victory yesterday at home. 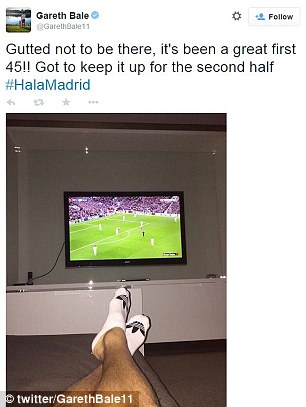