Gary Neville is set to take charge of his first game as manager of Valencia this Wednesday as Lyon make the 950km trip to the Mestilla, with qualifying for the Champions League knock-out stages still a possibility for the Spanish giants.

Los Che require a victory against their French counterparts and need Zenit Saint Petersburg to continue their ineffable form with either a draw or victory over second placed Gent. In contrast, the visitors’ poor form in both domestic and European competition ensures that Les Gones will be playing for just pride in eastern Spain.

The news of former Manchester United defender Gary Neville taking temporary charge of the third most supported club in Iberia broke during last week, succeeding Nuno Espirito Santo at the helm. The 40-year-old’s appointment was made official last Wednesday but the England coach did not take up his role in time for Valencia's memorable 1-1 draw with Barcelona on the weekend, keeping a low profile at the ground as caretaker manager Salvador ‘Voro’ Gonzalez masterminded the point. Voro’s name was sung around the stadium after the full-time whistle, having guided his boyhood club to seventh in La Liga, before handing the reigns over to Neville. 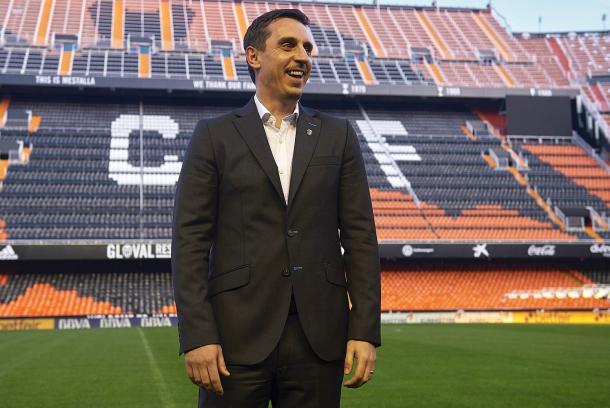 The Sky Sports pundit took charge of his first training session on Monday evening in front of 3,000 fans, perhaps installing some of the work ethic and determination the made him so successful as a right-back. In spite of claims that Gary Neville obtained the role due to his relationship with owner Peter Lim, the players have come out in support of their new manager. Jose Luis Gaya stated that Neville wants “the team to be compact, hard-working, supportive of each other and Valencia to be a tough opponent” before proclaiming “the past is past and a new era is beginning”.

Youngsters Gaya, Santi Mina and Paco Alcacer, the latter two combining for the equalizer against Barca, are likely to respond well to these assumingly intense training methods but a switch from a more relaxed approach might just upset established stars such as Alvaro Negredo.

Further good news has arrived for Gary and brother Phil over the last few days, with a host of first team players potentially returning for the Lyon encounter. Star forward Alvaro Negredo is likely to be at the duo’s disposal having been sidelined since October with appendicitis and for a fallout with his former boss. 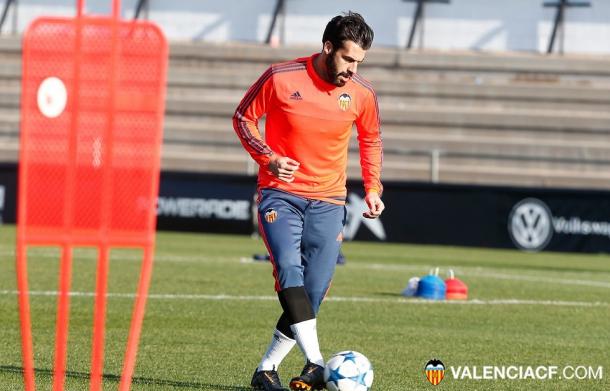 World Cup winner Shkodran Mustafi is expected to recover from a hamstring injury while Javi Fuego is also in contention. Right-back Joao Cancelo will return from suspension. Ruben Vezo is suspended though and will join goalkeeper Diego Alves, Antonio Barragan and Rodrigo on the sidelines.

Els Taronges will demand a strong performance from the players available to ensure qualification, needing to collect all three points from the away side to advance through Group H. Their last Champions League group stage campaign, in 2012, did end in advancement to the Round of 16 after a 1-0 victory over Ligue 1 outfit Lille. The players and manager alike will be hoping to replicate this second placed finish on Wednesday.

“We have to worry about our game.” stated Neville in his pre-match press conference. “After the game we will see the outcome of the other match.” he continued.

The new manager was quick to call upon the fans to create a rousing atmosphere for Lyon’s visit, stating that he “wants it [the atmosphere] to be a horrible place to the opponent” and that it was “quite uncomfortable for FC Barcelona” during their encounter.

He then alluded to the amount who turned up to watch the “good” training session during the week before stating that it was “almost impossible” to get his ideas across in 48 hours but said there are ideas he wishes to be implemented in tomorrow’s match.

“We are here to win and entertain” continued the former England international and referred to Lyon by stating that “it is important to focus on what we do and how we can override the strengths of Lyon”.

Lyon down and out during inconsistent campaign

The away side have endured a difficult campaign thus far, slumping to fifth in Ligue 1 whilst winning exactly none during their return to the Champions League.

An ineffable previous campaign, when they finished second to Paris Saint-Germain, came before signing the majority of their young starlets to new long term contracts in the summer and it subsequently promised to be another dazzling season for Olympique Lyonnais. Inconsistency has trailed OL though, particularly emphasised by the fact the club are yet to win a domestic match since their superb performance against rivals Saint-Etienne in November, and have now lost five of their last seven outings in all competitions.

While Gary Neville has called upon his fans to create an unbearable atmosphere, Hubert Fournier’s men were subject to jeers by those who attended the Stade de Gerland on Saturday. A 2-0 defeat at the hands of Angers SCO signalled a disappointing end to Lyon’s tenure at the stadium they have occupied since the 1950s, sparking a strange mood around the ground as legends graced the pitch and fireworks lit up the sky just moments after fans expressed their utmost unhappiness towards the team. 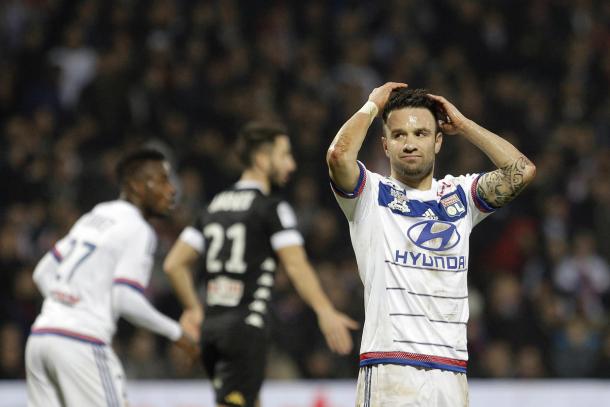 Due to this disastrous form, Lyon have attained just one point in five Champions League matches so far this season. A faltering Alexandre Lacazette missed a late penalty against Gent in their opening game while four consecutive defeats have ensured that European football will not grace the new Stade des Lumieres for this season at least.

A dire situation has reportedly given Hubert Fournier a select number of fixtures to resurrect performances that saw them weeks away from lifting their first league title since 2008 in May. Facing PSG and an improving GFC Ajaccio prior to the international break, with a Coupe de la Ligue meeting with Tours sandwiched in between, the French outfit could be on the search for a replacement of their own.

Valbuena out for Valencia

To make matters worse for Lyon, a number of key players have been ruled out of this clash. Mathieu Valbuena has reportedly sustained a thigh injury and is unlikely to feature. Jordan Ferri is suspended following a red card against Gent while long term absentees Nabil Fekir, Christophe Jallet and Samuel Umtiti are still unavailable for selection.

After doubts due to a knee complaint, Rafael, Neville’s former Manchester United team-mate, is in the squad and has traveled to Spain. Claudio Beauvue also joins him while Tousart and Del Castillo will feature in the Youth League meeting earlier in the day.

The hosts should be ready for this clash, coming off the back of a draw with the current champions of Spain and reinvigorated by their new manager. With a plethora of players returning against a side they defeated earlier in the year and Valencia needing a win to stand a chance of advancing, those donning the famous white shirt are favourites ahead of kick-off. Gary Neville will rightly focus on his team’s own performance but, alongside the rest of the Mestilla, will have one eye on the result in Belgium.

Bundesliga Matchday 23: Three things we learned&nbsp; a day ago

Arsenal v SL Benfica: How to watch, Kick- off time, team news, predicted line-up and ones to watch.&nbsp; 5 days ago

What can Manchester City expect from Borussia Monchengladbach? 7 days ago