The identity of AC Milan is yet to be established, but for Sinisa Mihajlovic's squad they face the task of defeating a Verona side that yet to taste victory this league campaign.

Verona have now gone 17 matches in Serie A without a win and are desperate to escape the relegation zone. However, their effort to achieve such a goal cannot be accomplished when they have only scored once in their last six matches. This may be duplicated against Milan who are unbeaten against the side in nine of their last 10 matches in all competitions.

Milan return from Modena disappointed only gathering one point after a 0-0 draw with Carpi, leaving them in eighth place on matchday 16. The 4-4-2 formation has been brilliant in the past against clubs like Sampdoria, who were defeated 4-1. Nevertheless, the tactical creativity last week was practically non-existent, leading to apparent flaws in the Rossoneri gameplan.

On the other hand, Verona manager Luigi Del Neri will be managing his third match. With the squad still limited in strength because of suspension and injuries, he has not been able to revive the side to their full capacity. Del Neri became manager after Verona sacked long-time manager Andrea Mandorlini who had solidified the club's position in staying in Serie A.

Diego Lopez, Jeremy Menez, and Luca Antonelli remain out for another match due to injury. Andrea Bertolacci and Mario Balotelli are doubtful to make an appearance, but Balotelli may be called up to play his first match since the 1-0 Derby della Madonnina loss against Inter in September. Mattia De Sciglio, who replaced the injured Luca Antonelli last weekend against Carpi, is doubtful but will likely start at left-back again this week.

Verona are lacking depth with a whole list of players out including Romulo, Matuzalem, Giampaolo Pazzini, Michelangelo Albertazzi, Juanito Gomez, and Samuel Souprayen. Additionally, Rafael and Emil Hallfredsson are both suspended for this fixture.

Luca Toni - The 38-year-old Italian striker announced that he will retire at the end of the season just less than a week ago. Toni has maintained his great ability to finish shots whether in the air or by his feet, although he has scored just once in eight appearances. Almost unbelievable to think that at his age he has scored 43 goals since 2013 for the Gialloblu.

Carlos Bacca - The mediocre set of results that Milan has faced all season could draw back to Bacca not finding the back of the net in his past four appearances. With Balotelli closing in on full fitness, the Colombian international must prove his efficiency to avoid being dropped from the starting 11. Verona have been close to terrible this season, leading to possibly many opportunities for Bacca to take advantage of. 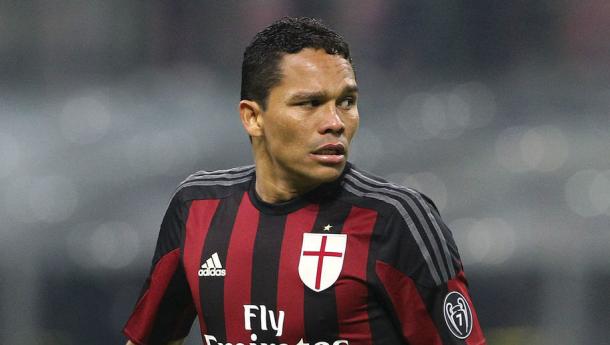 In spite of it being difficult to bet on Milan to easily gain three points because of their unpredictable execution this season, Verona are an opponent that they simply must come out victorious. With Mihajlovic's managerial position being reported to be insecure by Tuttosport, the players will be behind the gaffer to ensure he remains with the club and avoid instability in the locker room. With the Rossoneri scoring over two goals per game in their last five of six against Verona, it could be a comfortable triumph. If Milan fail to prevail, there could easily be a draw like last week against Carpi.