The Chicago Bulls are a professional basketball team that plays in the United States and competes in the National Basketball Association (NBA). They belong to the Eastern Conference of the Central Division and are based in Illinois, Chicago, USA. This team was born in 1966 and was the third franchise formed in Chicago. They are popularly known for having been the home of what is considered the best basketball player in history, Michael Jordan.

A little more than a decade had to pass before the Chicanos had a professional basketball team, and it was in 1961 when the Chicago Packers arrived, however, the failures would cause them to change their name and headquarters (they were called the Baltimore Zephyrs).

Chicago needed a new team in the NBA and it was in 1966 when the Chicago Bulls were born thanks to Dick Klein, former player and businessman. Their name was inspired to refer to the power and strength of a city whose base was meatpacking. Other name options were the Matadors or Toreadors, but they were discarded for a shorter one.

The distinctive Bulls logo was created by Dean Wessel, and according to its creator, Wessel never received a penny for his work, in exchange he had received free tickets from the Bulls' founder. Thus was born one of the most iconic logos of the NBA and the sport. The bull's face, with horns full of blood and the nickname as a reinforcement in shades of red, black and white. These colors are also used for the Chicago Bulls apparel. 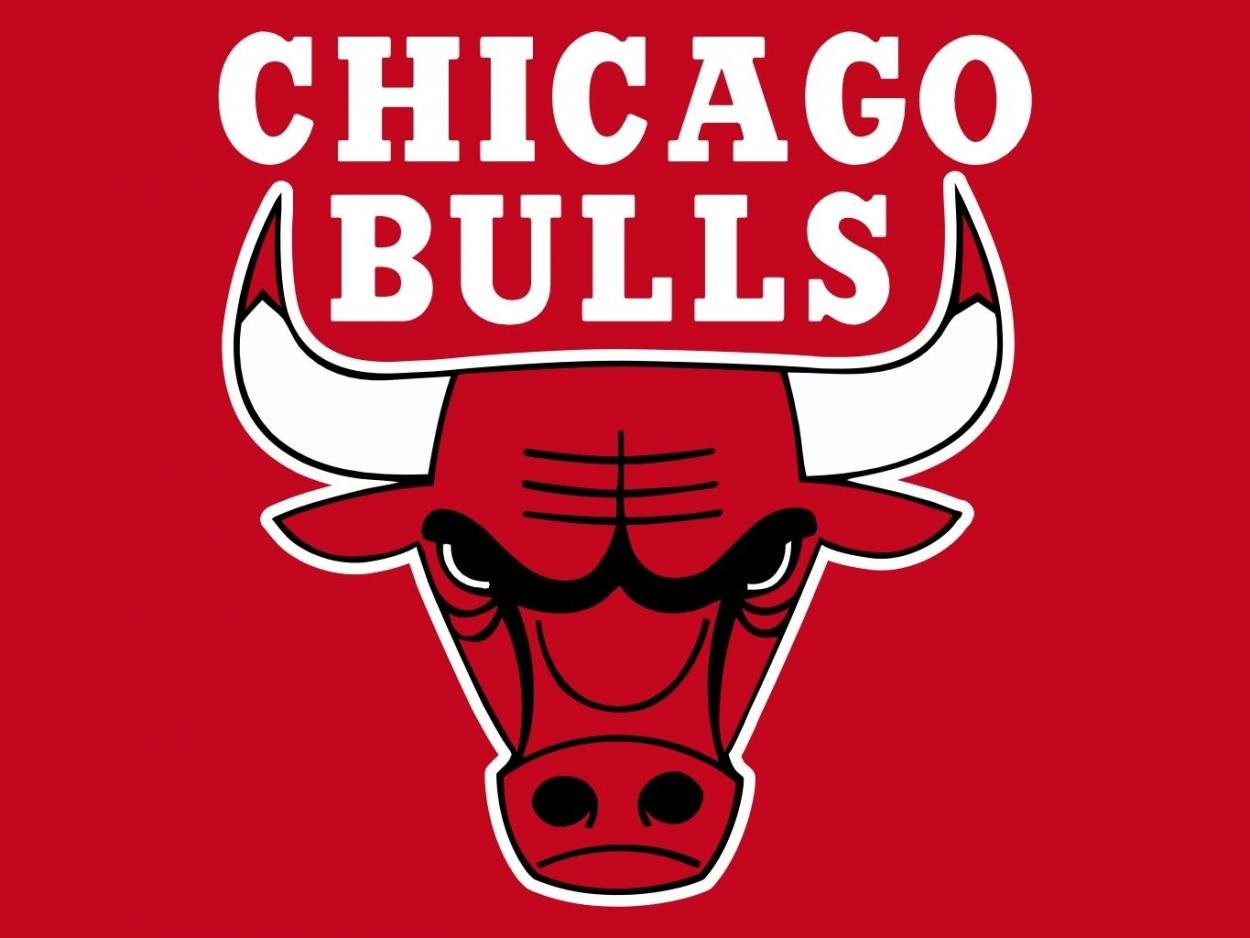 Initially, the Bulls' first home was International Amphitheatre, a small venue that held 9,000 spectators and was demolished in 1999. Later, the Bulls would move to Chicago Stadium, a famous sports hall that was based in Illinois and also hosted field hockey games. It hosted the first NFL All Star game and also hosted several concerts and political events. After 66 years it was demolished.

On August 18, 1994, the United Center was inaugurated and became the home of the Chicago Bulls and the Chicago Blackhawks of the NHL. It has a capacity for a little more than 21,000 spectators and on the east side of its exterior, there is a famous statue of the emblematic Bulls player, Michael Jordan. 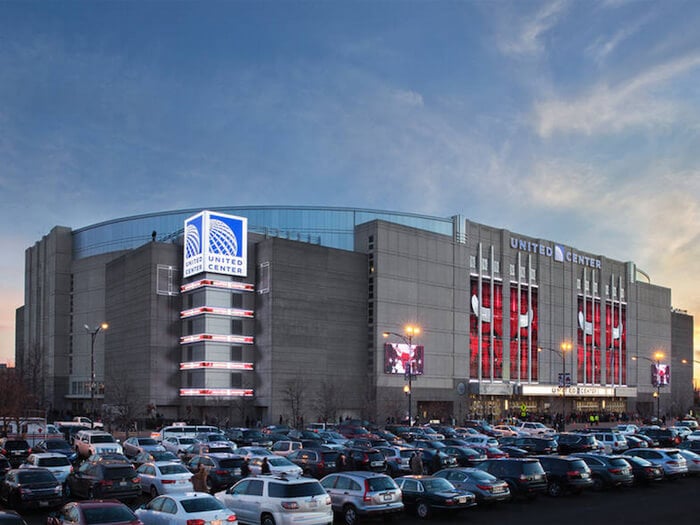 In their first season, with a record of 33 wins and 48 losses, the Bulls qualified for the playoffs, the only team to do so in their inaugural season. However, it was a difficult decade as they were only able to qualify for the playoffs twice.

By the 70's, the Bulls were characterized for being a tough team, with players like Jerry Sloan, Bob Love and Chet Walker, Norm Van Lier, Clifford Ray and Tom Boerwinkle. However, in that decade, the Bulls managed to win a division title without reaching the NBA Finals. By the end of that decade and into the early 80's, the team was starting to hit rock bottom as they only managed to qualify for the playoffs just once in 7 seasons, however, everything would change in 1984.

In mid-1984, the Bulls would have the chance to land Michael Jordan on a silver platter. Jerry Reinsdorf, new owner of the Bulls along with Jerry Krause, sports executive, decided to build a team around Jordan. In the draft, the Bulls acquired the services of Charles Oakley and Dave Corzine who would make a great team with MJ.

A before and after with Michael Jordan

With multiple records, including leading the Bulls 14 times to the postseason, the Jordan legacy was just beginning. In his first season, the player who started with the number 3 jersey, won the Rookie of the Year and the records began, however, it was not enough because they fell in the first round of the playoffs, something that happened in the following two seasons. In the 85-86 season, Michael had an injury that would leave him out of the court, however, the Bulls managed to reach the playoffs where they would fall to the Celtics. 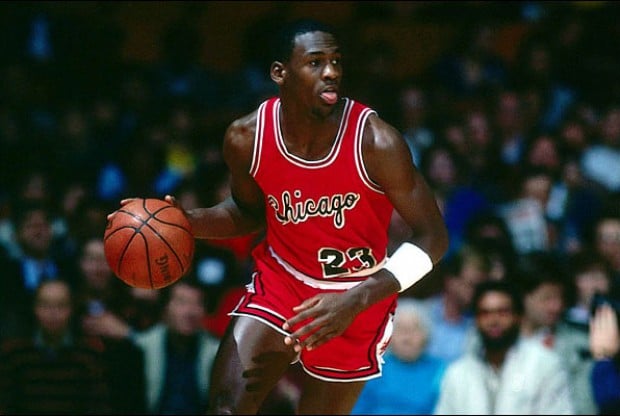 The following season, now fully recovered from his injury, Jordan became one of the top scorers with a very high scoring average per game (37.1). Jordan was the only player other than Wilt Chamberlain to score more than 3,000 points in a single season. In that 86-87 tournament, Magic Johnson took the MVP from Jordan after scoring 733 points to Jordan's 449. The Bulls won 40 games and again reached the playoffs for the third consecutive year, where they were again eliminated by the Celtics.

After three consecutive seasons against the Pistons in the playoffs, the Bulls came back stronger and again reached the conference finals where they defeated the 'Bad Boys' to reach their first NBA Finals, where they would face Magic Johnson's Lakers.

In the first game, the Los Angeles Lakers took the victory and everything seemed lost for the Bulls, however, Michael Jordan led the Chicago team to win the next four games to win their first NBA championship. Michael Jordan was named MVP of the regular season and the Finals, being also the leader in scoring for the fifth consecutive year. 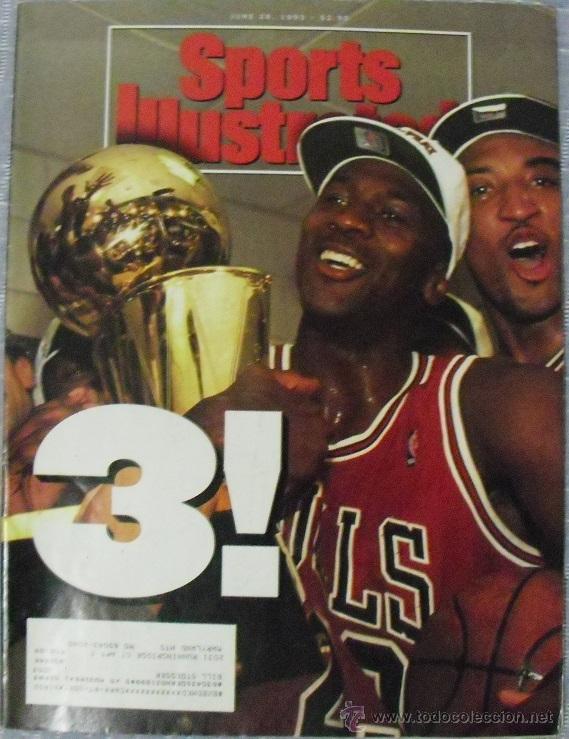 The two-time championship would come in the 91-92 season where they beat their own record of victories. In the finals, they would meet a new rival, the Portland Trail Blazers, led by Clyde Drexler. Jordan once again led the Bulls to win all possible awards and beat Portland in six games.

In the 92-93 season, history would repeat itself and they would achieve what no team had achieved after the Celtics of the 60's: the 'Three-peat'. On that occasion, the Bulls would defeat the Suns. Jordan was once again the best player in the Finals, setting the record for the best average of points per game in the NBA Finals with 41.

However, it was not all happiness because on October 6, 1993, Jordan, under pressure and due to the murder of his father, announced his retirement. In that 1993-1994 season, the Bulls without Michael Jordan obtained a 55-27 record, but it would not be enough and in the second round of the playoffs they would be eliminated by the Knicks.

Second "three-peat" and the end of the legend

For the 94-95 season, the Bulls would change their venue and move to the United Center, where they currently play, but where at the beginning they were not even the shadow of what they had been in previous years. However, in the spring of 1995, Jordan would announce his return to the NBA and therefore, his return with the Bulls. Michael played with the number 45 as his historic number 23 had been retired in his honor. In that season, the Bulls lost to the Magic being their only Final Four loss in the 90s.

A year later, the Chicago Bulls were completely revamped and recorded a 72-10 record, incidentally, the Bulls would begin their second three-peat and would once again become NBA champions after beating the Seattle Supersonics in the finals.

Michael Jordan won the triple crown of MVP, All-Star MVP and Finals MVP, Phil Jackson was consecrated as the best coach of the season and Kukoc as the best sixth man. And if that wasn't enough, Jordan and Pippen were part of the NBA's best team. In short, the Chicago Bulls would begin to sweep all before them.

The following season, they defeated the Utah Jazz in the NBA Finals where 'The Flu Game' would take place. That game was the playoff game and Jordan would make a great effort to lead his team to victory. Michael played that fifth game in a terrible physical condition, experiencing fever and chills. 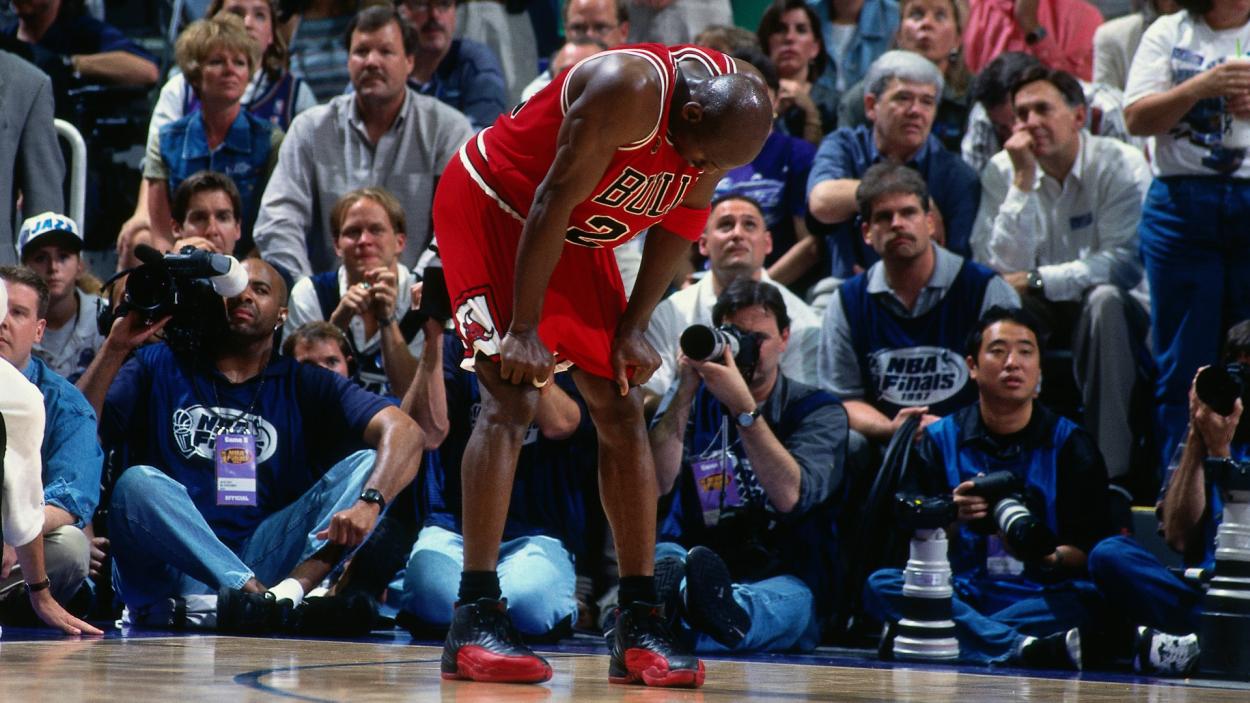 A chance for revenge for Utah would come the following season. After beating the Utah Jazz 3-2 in the first five games, the Bulls returned to Jazz Stadium for Game 6. It took just 40 seconds for Jordan to come back from 86-83 down. And, to finish the comeback, Jordan, without any defense, shot and scored the basket that would give Chicago the title.

The end of a great era

Thanks to the figure of Michael Jordan, the Chicago Bulls were one of the most prestigious NBA franchises in the world. However, after their sixth championship, Phil Jackson had to leave the team due to disagreements with the management. This precipitated the departure of Michael Jordan, Scottie Pippen and Dennis Rodman.

Thus, a new coach without the three best players of the last years, would begin a period where the Bulls would be sunk in a well that they would leave after years. They finished with the worst record in the Eastern Conference for the next four seasons.

For the 2004-05 season, the Chicago Bulls returned to the playoffs beginning a streak of three consecutive appearances in the playoffs for the NBA title.

Two years later, their first series win came with a 4-0 shutout of the Miami Heat. They would later be eliminated by the Detroit Pistons.

The start of the new millennium

In the summer of 2001, Jerry Krause would trade his best player, Elton Brand, in exchange for Tyson Chandler and Brian Skinner. Too many player names paraded to close out a season to forget where three coaches, Floyd, Barry and Cartwright, also paraded.

In 2003, due to health issues, Jerry Krause would leave the helm of the team, after 26 years at the helm of the Chicago Bulls where he had seen the six championships in their history. John Paxson would succeed Krause until 2009, starting a period where the Bulls appeared three times in the playoffs and where they played with very recognized players as Joakim Noah, Ben Gordon, Kirk Hinrich, Luol Deng, and of course Derrick Rose.

It was not until 2005-2006 that they would return to the NBA Finals after almost 10 years, where they lost to the Heat.

The 2008-2009 season started with rookie Derrick Rose, a great player with great talent and potential. Rose would finish the season as Rookie of the Year and many wondered if he would be the new Michael Jordan of the Bulls as he led the Bulls to the playoffs where they would lose to the Boston Celtics.

The following season, with Derrick growing at a fast pace, he became the idol of his team along with Joakim Noah and Taj Gibson, who managed to return Chicago to the Playoffs, where they lost to the Cleveland Cavaliers.

In the 2010-11 season Derrick Rose reached a great level of play where he averaged 25 points, 7.7 assists and 4.1 rebounds. In that season, Rose was named league MVP, becoming the youngest player in NBA history to do so.

The Bulls' good streak was being consecrated thanks to Derrick Rose, finishing the 2011-2012 season with a balance of 50 wins and 16 losses finishing as the first of their conference, however, a catastrophe happened and after a serious knee injury, Derrick Rose would be out of the playoffs and the Bulls would be eliminated by the Miami Heat. 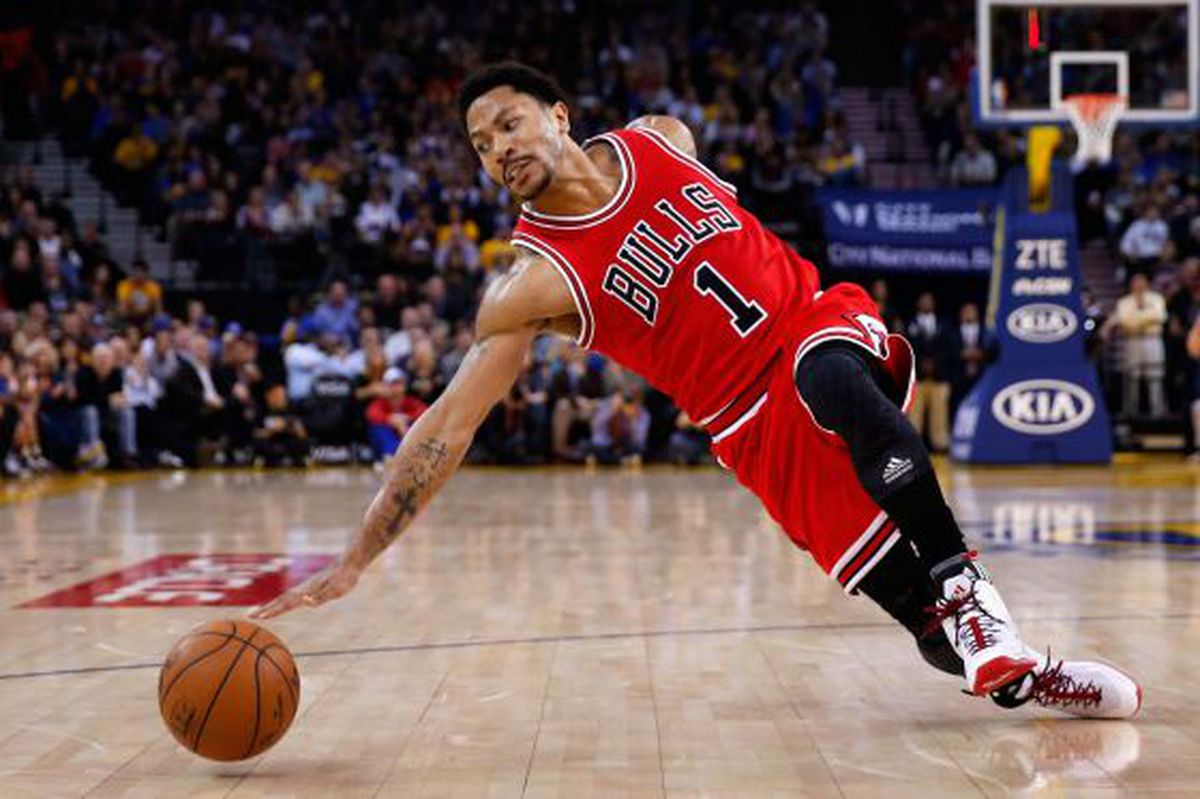 Derrick returned now fully recovered in the 2015-2016 season, but Rose was never the same after his injury In the summer, the franchise let Derrick Rose go and acquired the services of Dwayne Wade in free agency as well as Jimmy Butler. The Bulls wanted to return to the NBA's elite and although they returned to the playoffs, they didn't make it past the first round.

Since the 2016-2017 season and already with the departure of Jimmy Butler in the summer of 2017, the Bulls have failed to return to the playoffs. For the 2020-21 season, the Chicago Bulls got Nikola Vučević finishing with a balance of 31-41, and remaining in the eleventh position of the eastern conference so that they missed the playoffs for the fourth consecutive time.