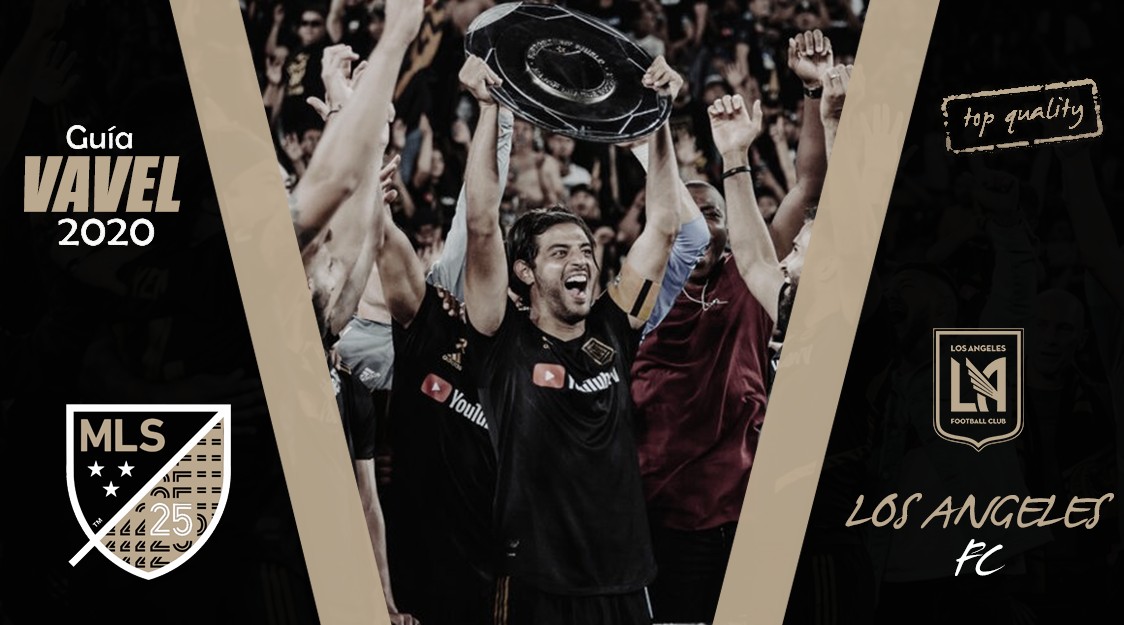 Los Angeles Football Club, better known as LAFC was founded on October 30, 2014 by Joe Tsai. They compete in the Major League Soccer (MLS), in the Western Conference. LAFC were the ninth MLS expansion team. They play their home games at the Banc of California Stadium un Exposition Park, which has a capacity of 22,000. They were formed just three days after the dissolution of Chivas USA.

Their first ever goal was scored by Diego Rossi in their MLS debut match against Seattle Sounders on March 4, 2018, in a game they won 1-0.

LAFC’s first ever victory in their home stadium came against Seattle Sounders on April 29 2018, in another 1-0 win. They would then go on a ten-game unbeaten run at home before finally losing at home against Sporting Kansas City, 2-0.

In their inaugural season, LAFC finished third in the Western Conference and fifth overall. LAFC became only the fifth MLS expansion team in history to claim a playoff spot in their first season. They reached the knockout round of the MLS Cup Playoffs but lost 3-2 to Real Salt Lake. Their progress in the U.S. Open Cup was much better as they reached the semi-finals but lost to eventual winners Houston Dynamo on penalties. LAFC beat Fresno FC, Sacramento Republic and Portland Timbers on their journey to the semi-final. Midfielder Benn Feilhaber made the most appearances overall in their first season with 39. Carlos Vela was LAFC’s top goal scorer in the MLS with 15 goals but Diego Rossi was their overall top goal scorer with 17 goals.

LAFC’s second season was more successful as they finished first overall and claimed their first ever trophy by winning the Supporters’ Shield. They also qualified for the 2020 CONCACAF Champions League. Their MLS Cup Conference Semi-Final was a Los Angeles Derby (El Tráfico), in which they won 5-3. However, they were beaten 3-1 by Seattle Sounders in the Conference Final. LAFC entered the U.S. Open Cup in the fourth round but did not progress as far as the previous year. They successfully beat Real Salt Lake in the fourth round and San Jose Earthquakes in the Round of 16 but suffered defeat in the quarter-finals against Portland Timbers. LAFC forwards, Diego Rossi and Latif Blessing and defender Eddie Segura all tied for the most appearances for this season with 39 games. Carlos Vela more than doubled his goal tally for this season, scoring 38 goals, making him LAFC’s top goal scorer for the 2019 season.

Los Angeles FC third and current season has temporarily been postponed due to the Coronavirus Pandemic. However, before the postponement they managed to play two games in the MLS, winning and drawing one. LAFC beat debutants Inter Miami CF 1-0 and then played out a 3-3 draw with Philadelphia Union. They also managed to make it to the CONCACAF Champions League quarter-finals. They beat Mexican side León 3-2 on aggregate, losing the first-leg 2-0 but winning the second-leg 3-0. They were scheduled to play another Liga MX side in Cruz Azul. Vela was once again leading the goals tally, with four goals in four games.

The El Tráfico derby is also known as the Los Angeles Derby and is contested with LA Galaxy. The first meeting between the two sides was on March 31 2018 and ended 4-3 to LA Galaxy. LAFC were leading 3-0 after 60 minutes but two goals from a debuting Zlatan Ibrahimović helped Galaxy to secure the first victory in this rivalry. Since this match there has been three draws (2-2, 1-1 & 3-3). LA Galaxy have also produced another victory in this derby, winning 3-2 in 2019. Los Angeles FC have only managed one win in this fixture so far, the most recent match-up, winning 5-3. Both Ibrahimović and Vela lead the way in goals, scoring nine goals each.

Their record signing is Brian Rodriguez who cost LAFC $11.7 million. He signed from Uruguayan side Peñarol in August 2019.

The highest transfer fee they received was $2.75 million for André Horta. He signed for Portuguese side Braga in June 2019.

The LAFC Youth Academy was founded on February 1, 2016. Initially they set up with one fully funded U-12 USSDA academy team. Since then they have expanded to five teams from U12-U17. On August 21 2018, the LAFC U13’s won the CONCACAF Champions League. Players from the academy connect and support their local communities through service events, spreading the passion for the game, and providing opportunities to children and organisations across the city.

Their first pick was goalkeeper Tyler Miller from Seattle Sounders. He made 61 appearances for LAFC in two seasons, helping them claim the Supporters Shield in 2019. He now plays for Minnesota United.

LAFC’s second pick was Latif Blessing from Sporting Kansas City, who has made over 60 appearances in three seasons.

Marco Ureña was LAFC’s third pick but he was immediately traded to Chicago Fire via a MLS Waiver Draft.

Los Angeles fourth and fifth pick, Jukka Raitala and Raheem Edwards were traded to Montreal Impact, in exchange for defender Laurent Ciman, who made 22 appearances for the club before being transferred to French side Dijon.