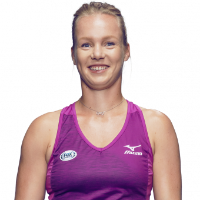 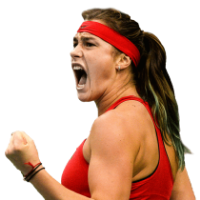 Before the Asian swing, Aryna Sabalenka’s season was labelled as disastrous as she failed to live up to pundits’ expectations. The Belarusian was struggling with her game, and at a point seemed to be heading towards a free-fall in the rankings. Both surprisingly and unsurprisingly, Sabalenka exceled when she returned to her favourite country, China.

She defended her Wuhan title and brought the momentum into Zhuhai, where she lifted the WTA Elite Trophy title to end off her topsy-turvy 2019 as she allowed herself to have a year-end ranking of 11 despite being pushed to her wits end in the middle of the year.

Sabalenka excelled throughout the week in Zhuhai, beating top seed Kiki Bertens in a highly-anticipated final at the Hengqin International Tennis Center, triumphing with a one-sided 6-4, 6-2 scoreline as she held serve without facing a solitary break point in the afternoon.

It was a good tournament for the Dutch as well, especially after finding a way to pick herself up mentally and physically amidst her failed pursuit for the WTA Finals and continuous playing since the US Open. Self-admittedly fatigued mentally, and physically, Bertens fought hard to reach yet another final this week and will ensure that she ends the year as the world number nine.

Sabalenka sails past Bertens to grab the title

Both Bertens and Sabalenka fell in the group stages in their last appearances but capitalized on their status as the top seeds to set-up a mouthwatering clash on Sunday afternoon. The Dutch player slugged through an entertaining three-set battle against local favourite Zheng Saisai the day before, and definitely did not look convincing. The pure grit and determination was the factor which aided her in surviving until the final, with Bertens repeatedly claiming that she has been feeling the fatigue.

Those words in her press conference were already signs that Sabalenka will grab her chance, and she did.

Sabalenka came out of the blocks firing and looked vicious on her serve and off the return, being the more proactive player on the court. Positive body language was the key as Bertens just felt like the one playing catch-up all the time, and was struggling to put up a convincing performance.

Serving to stay in the set, Sabalenka played her best game of the opening frame as she blasted a powerful passing shot to take the opening set 6-4, placing herself just inches away from lifting the biggest title in her singles career.

Bertens was broken for the first time in the match, but that also meant that her spirits were broken. She started the second set by losing three consecutive games, and perhaps the fatigue finally overwhelmed her resistance as she looked down-and-out.

The rest was inevitable as Sabalenka refused to let loose, keeping up the intensity and high level of her game, ultimately breaking serve for the third time in the afternoon to end off her singles season on a high note, blasting 17 winners to just 14 unforced errors en route.