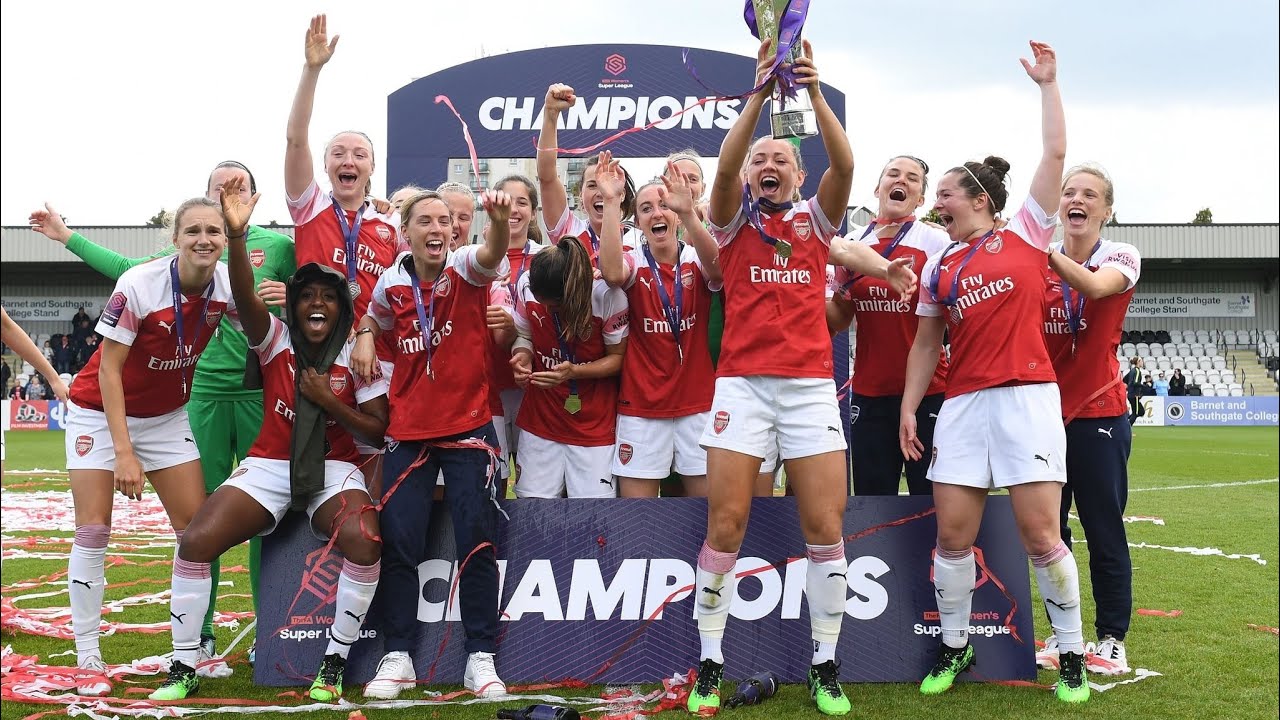 Put simply, Arsenal Women are the most successful team in English football history. Their 50 honours, including the sole European trophy won by an English side and the famous 2006-07 season where Arsenal won all the competitions available to them put them at the heart of the story of women’s football in England.

Arsenal Ladies (as it was founded) began as a club in 1987 under the management of Vic Akers, the kit man for the men’s side. Within five years, the Gunners had managed to win their first trophy, the Women’s League Cup in 1992, and got promoted to the top division in the same season. It only took them a season to add to the trophy cabinet, winning the Premier League in their first season in the division.

Despite winning another 17 trophies over the next decade, Arsenal Ladies only became a semi-professional club, allowing players to train more together and better manage their time between football and other work, from 2002. This was two years later than Fulham Ladies FC who went fully professional in 2000 and made their decision count with their sole league title in 2003. Fulham reverted to being semi-professional after their title victory and this allowed Arsenal to return to the dominant side they had become, winning the next seven league titles and in six of those, Arsenal went the season unbeaten. During this period, Arsenal Ladies moved permanently to Meadow Park, sharing the ground with Borehamwood FC, giving the club a place to call home for the first time.

The most famous and celebrated season in Arsenal Ladies’ history was undoubtedly the 2006-07 campaign. Arsenal Ladies won a historic major trophy quadruple, winning the League, FA Cup, League Cup and Uefa Women’s Cup (the precursor to the UWCL), the only team in women’s history to do so, as well as the Community Shield and the London Women’s Cup. Incredibly, the Ladies won all their matches in the league season and only twice did not win all season, in the UEFA Cup semi-final first away leg and most famously at home in the second leg of their final against Umea, having brought back a 1-0 lead thanks to an Alex Scott 91st minute winner.

After 22 years at the club, Vic Akers stepped down with 37 trophies won, an 108 league match unbeaten streak broken in his final months at Meadow Park and a revolutionised club, building an academy system for girls, attracting top players from around the UK and Ireland and, perhaps more importantly, keeping players at Arsenal when more attractive options in the US and elsewhere presented themselves.

The next two years were some of the most challenging of Arsenal’s history, leading to consequences that were not overcome fully until almost a decade later. After Vic Akers’ departure, his assistant Tony Gervaise took over, but he lasted less than a season until the reserve team manager Laura Harvey took over to become the first woman to manage the team. Arsenal Ladies continued to bring success on the pitch, winning three league titles under Harvey, including the first two titles in the reformatted Women’s Super League. Shelley Kerr took over from Laura Harvey in 2013 after a poor start to the season but the on-field performances were mainly due to backroom issues. Other English clubs began to overtake Arsenal behind the scenes, with increased investment from their men’s clubs, stadium moves and sponsorship deals, Liverpool, Chelsea and Manchester City began to run away with the league and Arsenal only won three FA Cups and no league titles from 2012-2018.

Pedro Martinez Losa was brought in to manage the club in 2014 and started to rebuild a project that has brought Arsenal back to the top of the women’s game. Despite not winning the league, Losa developed the squad, bringing in lots of young and talented foreign players such as Danielle van de Donk and Vivienne Miedema and mixing them in with young English stars like Leah Williamson who grew up at Arsenal and Beth Mead from Sunderland. After three years, he was replaced by current manager, Joe Montemurro, a 50-year-old Australian who had previously won the W-League with Melbourne City FC.

Rebranding and the present day

In 2017, Arsenal Ladies became Arsenal Women Football Club, a move designed to bring the club into the modern day and bring it even closer to the men’s side. After two seasons at Arsenal Women, Montemurro brought their first league title in seven years in the 2018-19 season and a return to the UWCL for the current season.

Arsenal Women have also played a pivotal role in England’s development over the years, with four of the top five most capped England players, the last three captains and their top goalscorer Kelly Smith all played for Arsenal.

On and off the pitch, Arsenal Women have led the way in English football and with the current crop of players, Arsenal fans could be looking forward to another period of supremacy in England and across Europe.