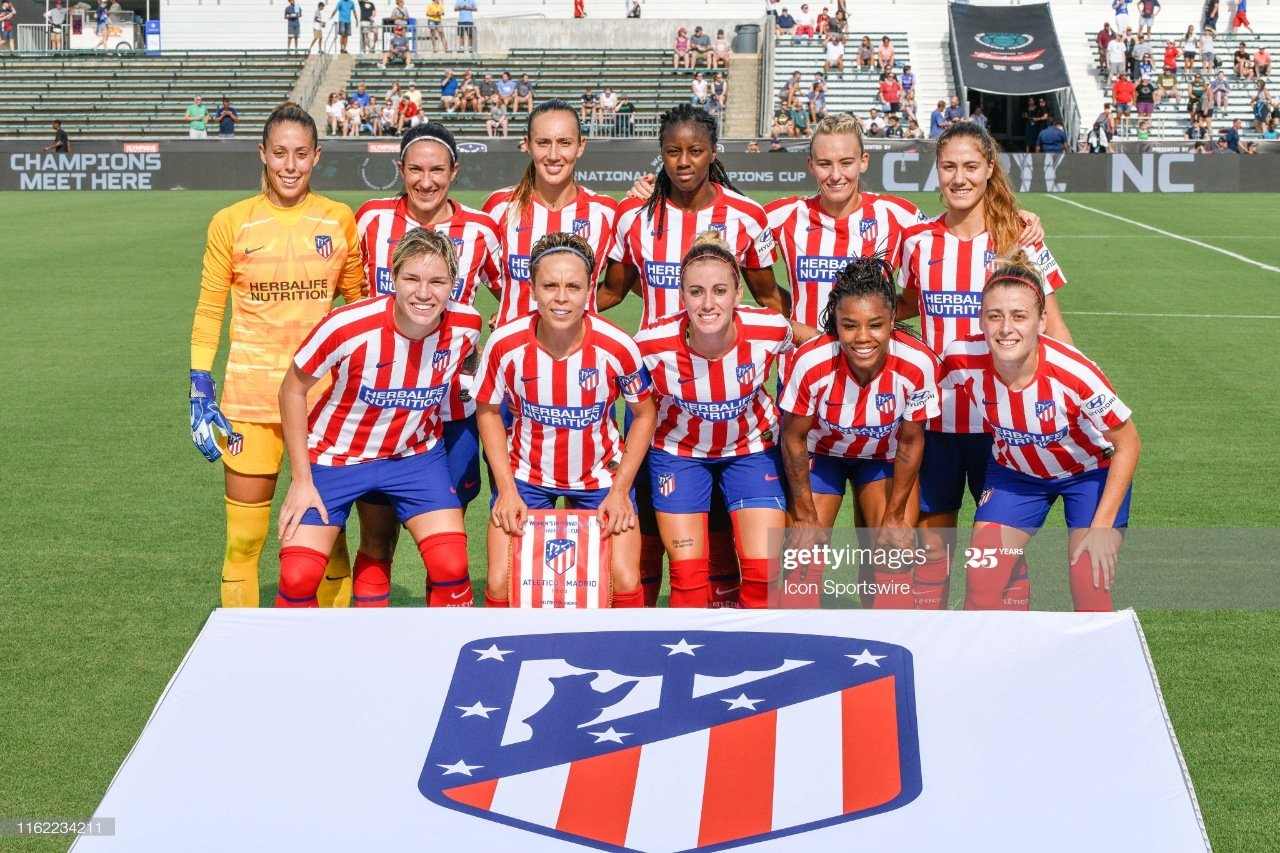 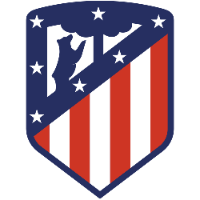 Atlético de Madrid is the women’s team of the club, which currently competes in Primera Iberdrola, the women’s highest professional league. Atlético de Madrid Femenino is, together with Rayo Vallecano, Barceloa, Athletic Club, Espanyol and Levante, one of the benchmark teams at a national level. The club also holds the record of attendance to a women’s match.

The familiar name of ‘colchoneras’ has its origin in the Spanish Civil War when the mattresses were covered in red-and-white cloths, like the club’s kits.

The team started in the 80’s as Atlético Villa de Madrid, a team that was the First Division’s champion in 1990. The club disappeared because of lack of economical support and the players transferred to Oroquieta Villaverde, another strong team in Madrid.

The current team was founded in 2001 motivated by coach María Vargas and goalkeeper Lola Romero, who insisted Atlético de Madrid should restart the women’s team. Initially, the team was named Atlético Féminas, but it was not part of Atlético de Madrid. However, they did help them with equipment or finding a pitch. These women started playing in the last professional league; in the 2002/2003 season they were promoted and Atlético de Madrid included them in the club. In 2005/2006 they managed a promotion to the Superleague, the highest professional women’s league in Spain, coming in as runner-ups after Sporting de Huelva.

Club Atlético de Madrid Féminas was first coached by María Vargas, until Antonio Contreras was signed in 2008. The team started signing important players with an international experience, such as Leire Landa or Priscila Borja. The team slowly managed to upgrade the position in the table going from seventh to fourth in 2009. Juanjo Carretero took over the team in 2011 and gave opportunities to younger players from lower categories, such as Noelia Gil. But Carretero did not have the desired continuity in the team and was kicked out, later to be replaced by Jesus Nuñez with whom the team finished third.

Atleti was not having good luck with coaches, despite the position in the table at the end of the seasons. Ferney Angulo, the second team’s manager, was signed in 2013 as a season caretaker. Miguel Angel Sopuerta was named the coach in September of 2014.

With Sopuerta, the team improved and new players came, like Mapi León or Angela Sosa. They qualified for the Champions League for the first time in their history. Sonia Bermudez, seven times league champion with Barcelona, was included into the squad, which gave the team a huge impulse. Sopuerta was replaced by Angel Villacampa and the team finished third and won their first trophy for Copa de la Reina.

The Club decided to include the women’s team completely and they gained full rights within it. This way, Lola Romero passed from being the women’s president to General Director and Enrique Cerezo was now President of both the men’s and women’s teams.

The following season, 2016/2017, the women won their first league title without losing a single match. They played in Vicente Calderón, Atlético’s former stadium, for the first time to nearly 14,000 fans. This season was the last of that stadium and the women got a second chance against Athletic Club.

Before the season 2017/2018 the club signed international players like Ludmila Da Silva or Aurèlie Kaci. Spanish defender Mapi León became the first paid transferred player in Spain as she went to Barcelona. This year, the team won the league title again, and played to 22,202 fans against Madrid CFF, which is still the second most watched women’s football match in the country.

Jorge Villacampa left the team for the Spanish National team and José Luis Sanchez became the main coach. Jenni Hermoso returned to the team, even though she signed for Barcelona the following season. A new record was beaten in January 2019 when they played Athletic Club in the quarter finals of Copa de la Reina in San Mamés, and 60,739 people witnessed it. Atleti won that game by two goals.

Trophies kept coming in to the club’s honors and the women won their third domestic league title by six points over Barcelona. They received Premio Madrid, which is awarded to featured institutions and people from the Community of Madrid.

The coach Sánchez resigned from his position due to personal reasons and Pablo López took over. The team got used to the new manager’s style of game scoring easily, what happened against Real Sociedad in the league or eliminating Manchester City in the Champions League.

They came in runner-ups in the 2019/2020 after Barcelona, who didn’t loose a single match in the league.

On the 15th of September 2019, they started playing as locals in the Centro Deportivo Wanda in Alcalá de Henares, outside Madrid. On their first match there, they won 3-0 against Sevilla with a crowd of 2,304.

Atlético de Madrid is a pioneering team in the Community of Madrid and one of the first in Spain in having exclusively women’s teams in lower categories. A curious fact is that one of those teams competed in a boy’s league in Under 12s and they won the league without leaving any points along the way.