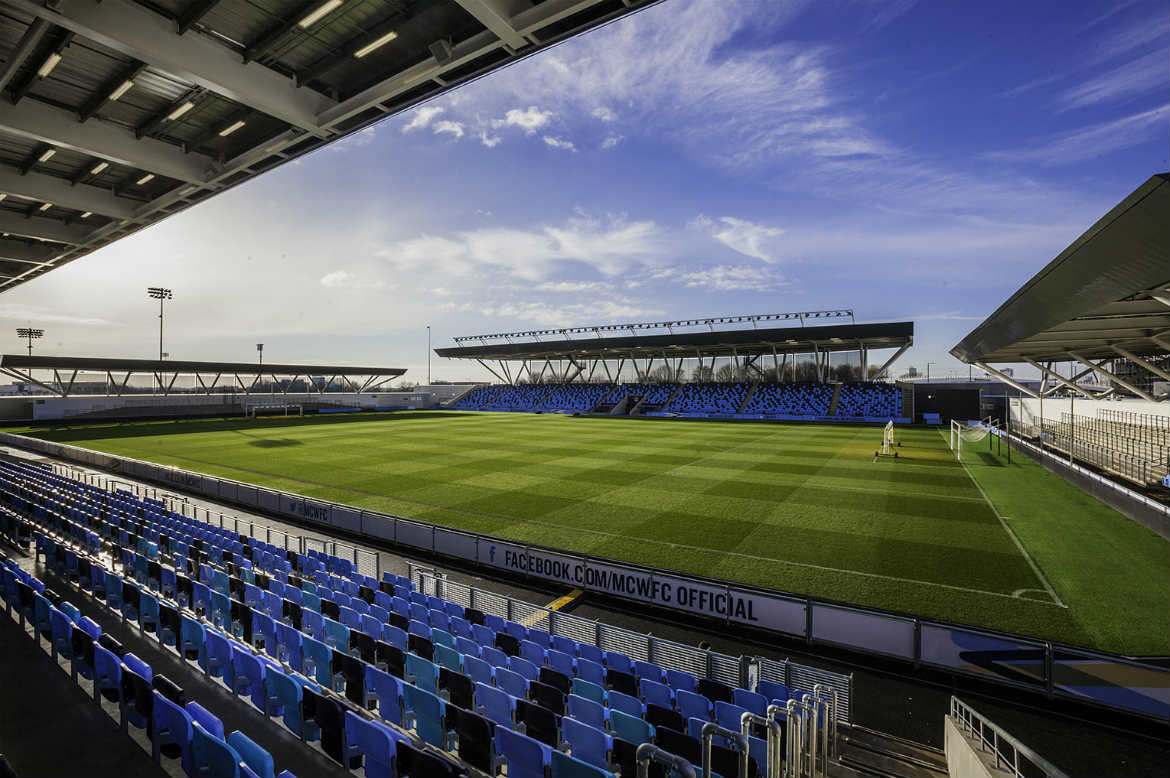 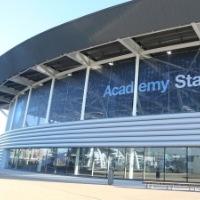 Manchester City Women play their football at the 7000 capacity Academy Stadium, which is part of the greater Etihad Campus which was opened on the 8th December 2014. Spanning across 80 acres, they share a top-class training facility with the men’s and youth sides, and the facility is much more advanced than what the rest of the Women’s Super League’s clubs train at. The total cost of the entire facilities came to a staggering £200 million. The campus is shared with Manchester City FC, and the club's youth teams also play games ther

The advantage that it gives City

There's no doubt as to the fact that the entire complex surrounding the City Football Academy is a site for all clubs to aspire to be like - when it opened in 2014, then-defender Pablo Zabaleta said 'I have never seen anything like it'.

The project was funded by the consortium involving Sheikh Mansour that bought City in 2008, and build in partnership with Manchester City Council. It has rejuvinated an area of the city that used to just be industry, with the CFA on a chemical works, and has brought lots of investment into the entire ‘Sportcity’ area.

In 2014, Patrick Viera told The BBC that he thought the development could make a great impact to the club, and help to bring in some of the best young talent in the world:

"If we go into the market and we compete to bring young players or first-team players in, having a facility like this can only help," said the former City midfielder, who runs the club's elite development squad.

"When you are a young, talented player from Manchester - or worldwide - you want the best possible facilities to challenge and improve yourself."

What is unconvential in football is that the Mens and Womens teams are treated completely the same, with access to all the top-class facilities that allow for their football to be at the best level possible. In a programme with BT Sport this year where the channel spent a day with Head Coach Nick Cushing, it was evident that the gains provided to the club are collosal. Things such as the facilities to house a full analytics team and to be able to work with these to improve your play on the pitch is something that could have only been dreamed of by female players ten years ago, but City have put their faith in full equality at their club and it has paid off.

Players welfare seems to be a top priority, with a department solely dedicated to advising players on such matters as tax, mental health, drinking, drugs and social media. As well as this, the hotel rooms at the complex were specially designed by a sleep expert so that they can get all of the marginal gains that are needed to compete at the top level on the European and World stage.

The development has already paid dividends for the blues, resulting in numerous title wins across the men’s team in the Premier League as well as Carabao Cup and FA Cup, and the Women’s side have transitioned under the stewardship of Nick Cushing from one that were in the national league to one that competes regularly on the European stage.

Based in the same ‘Sportcity’ area of Gorton in Manchester where the men’s side’s stadium was built originally for the 2002 Manchester Commonwealth Games, the entire facility has changed the landscape of the local area. From what used to be a chemical plant, there are now floodlights as far as the eye can see, with the CFA housing more pitches (16.5) than Real Madrid's Ciudad training complex (13.5), the Football Association's National Football Centre at St George's Park (12), and Barcelona's Ciutat Esportiva Joan Gamper (9).

The Academy Stadium has a direct connection to the Etihad (City of Manchester) Stadium at which the mens’ side play. Unlike their city neighbours Manchester United, it is extremely easy to access by public transport, with the Metrolink stop ‘Velopark’ adjacent to the ground. The stop is on the line that connects Ashton Under-Lyne, MediaCity UK and Eccles, the same one as Manchester Piccadilly for those who change from trains to trams at the station. From Piccadilly station, it is also an easy walk that takes around 30 minutes that can be taken, along a fully signposted and well-lit route.

The club have average attedandances of over 1000 in the WSL so far this campaign, and free parking is available on a matchday in the ‘blue’ car park at the Etihad stadium with a direct connection over the Nexen Tyres bridge to the Academy Stadium.

At the stadium, the east stand is always open and is where season tickets can be bought for. The west stand seating is the released on sale if there is enough demand. Behind both goals in the north and south stands are standing sections that are opened if the rest of the stadium has sold out, and these sell at a lower price than the rest of the ground. Despite its relatively small capacity, the ground is one that has all the modern functionality needed, including the use of electronic tickets, NFC season cards, and contactless payment systems. Rather unconventionally for a smaller ground, there are bag searches at the turnstiles, so you may need to arrive early to the stadium to avoid a long queue as the stadium can struggle to cope with higher attended games such as those against Arsenal, Chelsea, and Manchester United.

The Stadium was one of the two hosts of the World Rugby Union Under 20 Championship alongside the AJ Bell Stadium in Salford. It is set to host three matches as the ground for Manchester at the 2021 Women’s European Championships, each in the group stage for Group D as well as the New York Stadium in Rotherham.